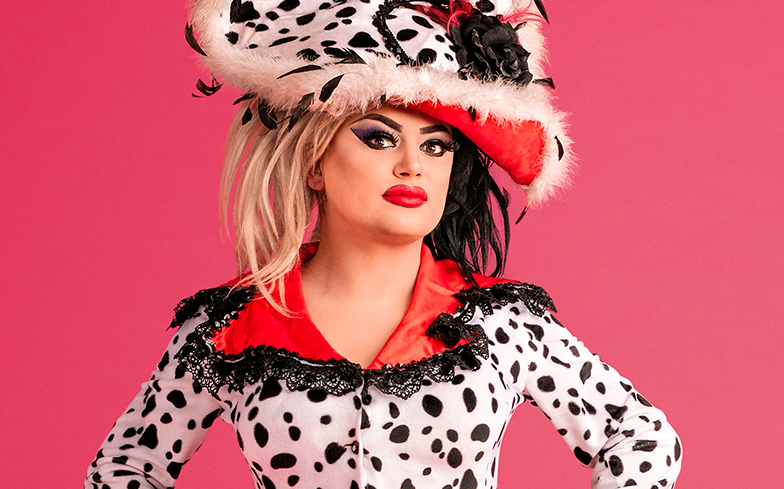 “I think they need to be a bit strict and stick to the rules.”

Baga Chipz has spilt the T on how the coronavirus pandemic will impact the second season of RuPaul’s Drag Race UK.

To prevent the spread of the virus, several television shows, films, tours and music releases have been cancelled or postponed this year – including season two of the spin-off, which was reportedly halfway through filming.

A spokesperson told Digital Spy at the time: “In light of the spread of Covid-19, after much consideration, production on RuPaul’s Drag Race UK will be temporarily pausing filming both in consultation with and supported by the BBC.

So, what will happen to the show? Will it continue filming when it’s safe to? If so, how will that work exactly?

In a new interview, Baga – who memorably competed on the first season and came in third place – says she thinks the season two competitors will have an advantage if/when they return to the werkroom.

However, Baga says Drag Race “are quite strict” so they most likely won’t allow the queens to bring in any new items.

“They won’t be allowed to change their mind on what they were gonna do, like Snatch Game and stuff. Since lockdown there’s been so many new characters. Look at Tiger King, imagine Carole Baskin on Snatch Game, or even Joe Exotic on Snatch Game.

“You could have references to coronavirus if you were playing Boris or something. I think they need to be a bit strict and stick to the rules and be like, ‘It’s not your fault, but you’ve got to do what you were gonna do six months ago.'”

Baga doesn’t want the queens to the start the season from scratch because of their initial hard work.

“They’d be giving the girls that have left another chance and it wouldn’t be fair on the girls that survived because they’d be like, ‘I set her home six months ago and now I’m going before her!'” she joked.

Drag Race UK’s premiere date was rumoured to be in October, like the first season, but with concerns over the coronavirus pandemic growing everyday, it’s likely that season two won’t sashay on our screens until 2021.

Baga has teamed up with Missguided to allow fans the chance to get her onto their Zoom call. Click here to find out more.