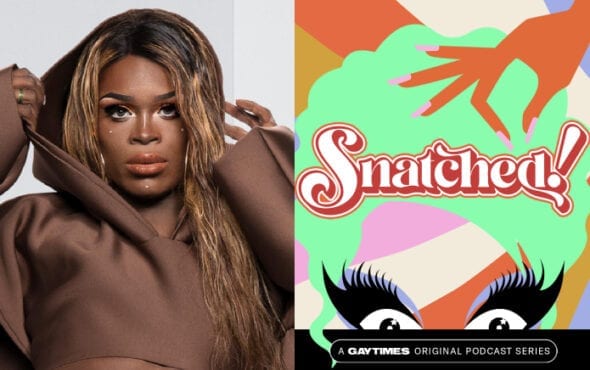 In this week’s episode, Sam and Umar break down all of the looks for the queens’ first design challenge, Who Wore It Best, before diving into the ‘gaggery, goopery, gumption and temerity’ of Asttina Mandella’s elimination.

“Rude. So bloody rude. I knew it was happening. I mean, I filmed this back in March, so I was waiting for everyone to see it,” Asttina tells Sam. “What happened on the runway is not what you guys saw!

“I remember all of that happened on the runway and I was just like, ‘Cool, just take it. It’s all constructive criticism.’ We did the lip-sync and she said Tia, and I was just like, ‘Well, that’s it. There’s no point trying to [makes argumentative sounds], it is what it is. She’s made her decision, accept it.’”

Asttina also reveals her ‘controversial and taboo’ pick for Drag Race’s staple challenge, Snatch Game, who she wants to take home the crown, and how her run on the series has inspired a whole new generation of QPOC.

The first three episodes of Snatched! are now available on all streaming services, including Spotify and Apple Podcasts.