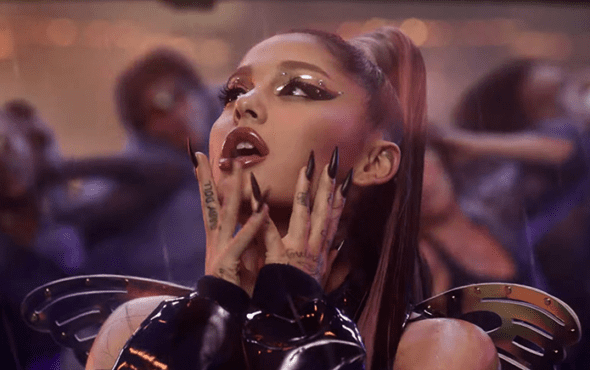 Ariana Grande has shared an update on her upcoming sixth studio album.

The singer took to social media to tell fans that she’s “turning in these mixes” before urging them to vote in the upcoming United States presidential election, “if you haven’t already/vote already”.

Her post arrives just a few weeks after she posted a snippet of a brand new song titled brb, as well as the following lyrics: “Know my love infinite nothing that I won’t do.”

The album, which fans have titled AG6, will be her first studio album since thank u, next (2019), which spawned three huge number one hits in the UK: the title track, 7 rings, and break up with your girlfriend, i’m bored.

She’s released a string of successful singles since, including Rule The World (with 2 Chainz), Monopoly (with Victoria Monét), Boyfriend (with Social House), Don’t Call Me Angel (with Miley Cyrus and Lana Del Rey) and Stuck With U (with Justin Bieber).

Ariana also topped the UK and US charts earlier this year with her critically-acclaimed Lady Gaga dance-pop collaboration, Rain On Me.

The stars blessed the VMAs last month with an explosive performance, and won three trophies for Song of the Year, Best Collaboration and Best Cinematography.

turning in these mixes and reminding u again to register to vote if u haven’t already / to vote early pic.twitter.com/rx2xCJYAf0