Are Ariana, Miley and Lana teaming up for the Charlie’s Angels soundtrack? 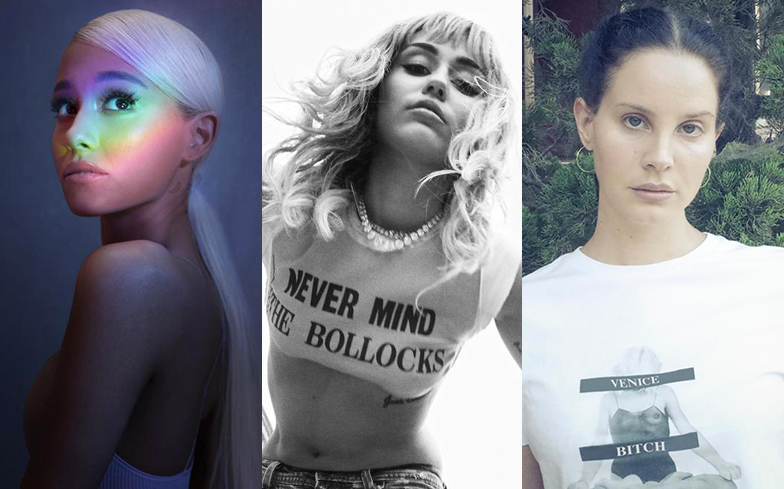 This could be the collaboration of the century.

But could we be about to add a Miley Cyrus, Ariana Grande and Lana Del Rey collaboration to that list?

Rumours have been circulating for a while that the three pop music icons will be teaming up, especially after both Ariana and Miley appeared to ‘like’ posts on Instagram that speculated they’d be releasing a song together.

So where does Charlie’s Angels come into this? Well, according to PopCrave, a recent GIPHY post about the upcoming Charlie’s Angels reboot had tagged Ariana, Miley and Lana, although they’ve now been deleted.

Naturally, this has led to speculation that they’ll appear on the movie’s soundtrack together.

The tags have since been deleted, fueling rumors that the pop divas will collaborate on a song for the film. pic.twitter.com/ztK3acGhGs

Adding further fuel to the fire, some fans have noted that if you search for Ariana or Miley on the gif sticker section on Instagram stories, both the word ‘angels’ and the film’s logo appear. Once again, these now appear to have been deleted.

Miley and Ariana are good friends, and have performed together on several occasions, so an official studio collaboration between the two is entirely believable, and Charlie’s Angels needs a fierce girl-power anthem for its soundtrack.

While Lana doesn’t often link up with other artists, and she hasn’t seemingly dropped hints like Ariana and Miley have, we’re keeping our fingers crossed she’s made an exception for the good of humanity.

Seriously, this would be huge.