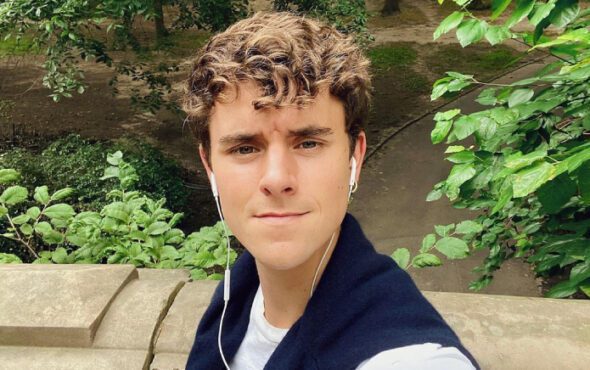 Fame brings influence but it can also take a heavy toll on mental health, said YouTube star and entrepreneur Connor Franta, who has amassed millions of followers since coming out as gay on the video-sharing platform seven years ago.

Franta, whose new book on love, loneliness and modern life will be published this month, told the Thomson Reuters Foundation that his celebrity status had exacerbated his underlying anxiety.

“I would (attribute) a lot of my anxiety to the fame element. I think that’s kind of the genesis of it,” Franta, 29, said in a phone interview from his home in Los Angeles.

“(But things) are not as hectic as they once were and are much more manageable with age, with maturity and with just, frankly, calming down,” he said ahead of the Oct. 19 publication of “House Fires”, his third book.

Franta posted his first YouTube video in August 2010, coming out on the site four years later in a post that has since gained more than 12 million views and helped turn him into a role model for young LGBTQ+ people.

Besides recounting struggles with anxiety in his new book, Franta describes love, sex and life in Los Angeles as a young gay man.

More than 40% of young, LGBTQ+ Americans said they had considered suicide in the past year, according to a survey published in May by the Trevor Project, a U.S. non-profit.

But despite the stress of fame, it has brought financial independence and the potential to influence people, Franta said.

“The trade-off is where I’m just grateful for the fact that I have a large platform and a large audience that has a desire to hear my opinions on the world,” he said.

“You know, I can spread a message, I can start a movement; I can help do real good with that platform,” said Franta, who was born in Wisconsin.

He posted his first YouTube videos from his bedroom aged 17, when, surrounded by Harry Potter posters, he opened with: “Hello world! And by world I mean no one because I have no subscribers.”

Since 2010, his videos – sometimes confessional, sometimes flippant but always personal – have drawn more than 500 million views.

He has gone on to launch a record label, his own coffee brand, a clothing line and write two New York Times best-selling books.

Now also working as a photographer, Franta said becoming an inspirational figure for young LGBTQ+ people was “one of the biggest privileges of my career”.

“I would have never expected it, making a few YouTube videos as a 17-year-old in Minnesota. It’s humbling. It’s a brilliant side effect of something I never thought would happen.”

Franta is currently working on several television projects, declining to reveal the details.

“Some of it’s fiction; some of it’s true life docu series but a lot of it has to do with identity and queer people – vaguely,” he said, adding that he was enjoying taking a more behind-the-scenes role.

As such, there is no photograph of him on the cover of “House Fires”, which he said he hoped would help “anyone who is just curious, lost or in search of companionship”.

“I hope this book opens the conversation for someone and makes them feel less alone,” Franta said.