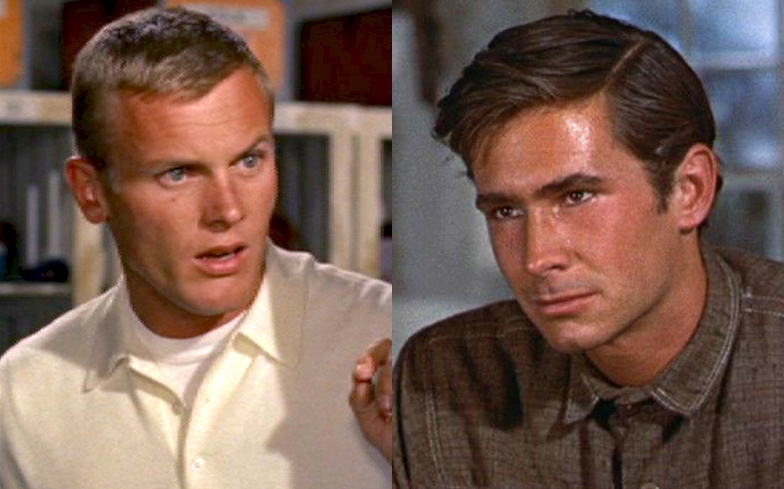 One of Hollywood’s most endearing same-sex love affairs is heading to the big screen.

According to The Hollywood Reporter, producer J.J. Abrams and actor-producer Zachary Quinto are taking a break from blockbuster franchise Star Trek to instead focus on the true romance between Tab Hunter and Anthony Perkins in the 1950s.

Under the working title Tab & Tony, the Paramount drama will be inspired by Tab’s best-selling 2005 memoir Tab Hunter Confidential: The Making of a Movie Star, which documents his rise from boy-next-door to Hollywood heartthrob.

The movie will tell the story of Tab’s struggle to accept his sexuality during a time when being gay was illegal, and explore his three year relationship with fellow Hollywood star Anthony while being positioned to America as the ideal straight man.

While Tab will turn 87 this year, Psycho star Anthony died of AIDS-related pneumonia in 1992.

A search is currently underway for a director to attach to the project, and for two actors to play the Golden Age icons.

Doug Wright, who won a Pulitzer Prize for his play I Am My Own Wife, is handling the screenplay, while Tab’s longtime partner Allan Glaser and publicist Neil Koenigsberg will co-produce alongside J.J. and Zachary.

The news has gone down very well on social media, with some even sharing their casting predictions.

Andrew Garfield is a shoe in for Anthony Perkins pic.twitter.com/2aYa87tZL7

Tab’s story was told in the excellent 2015 documentary Tab Hunter Confidential, which is available to stream on Netflix, in case you’re looking for some weekend viewing.