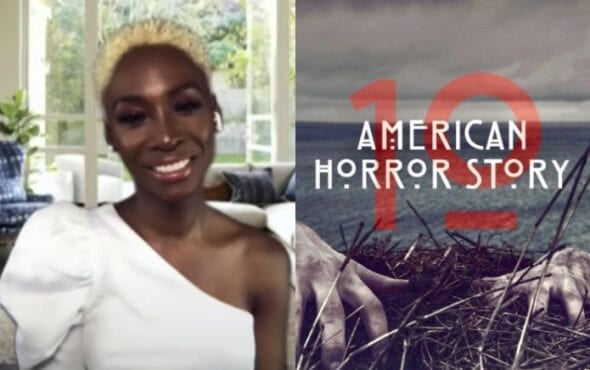 Angelica Ross spilled some piping hot tea regarding the upcoming season of American Horror Story, and we are living.

Stopping by The Ellen DeGeneres Show with guest host Kalen Allen, Ross gave details on the series and what fans can expect.

“Listen this new season is just incredible. I already started working with Frances Conroy,” she gushed.

“The OG fans of American Horror Story are going to be thrilled. Because it got Sarah Paulson, Evan Peters, Finn Wittrock all of the OG’s there but then there’s… it’s just going to be a bloodbath.

“All I can say is that it’s going to be a bloodbath. I don’t know if I can watch because it’s hard for me to watch scary movies so I’m going to be covering my eyes.”

Last month, Ryan Murphy and team announced that the title and theme for AHS season 10 was going to be Double Feature.

A mysterious black and white trailer revealed that the new season will feature not one but two horrifying stories.

One story will take place by the sea and the other by the sand.

The trailer wasn’t the only teaser Murphy gifted his fans with.

The Glee creator also posted various season 10 teasers, including one of stars Leslie Grossman and Macaulay Culkin standing on a Provincetown beach, and another of some rather gnarly looking creatures as they stomp down a dark street.

Watch the full interview with Angelica Ross below.