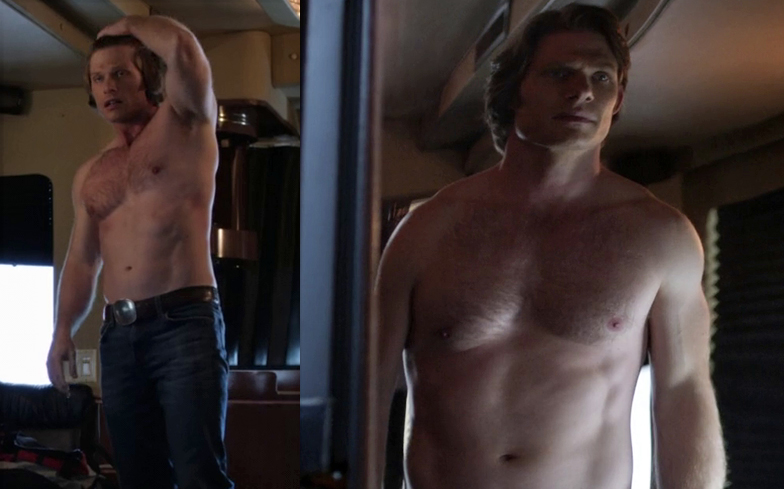 The OC star is still looking as ripped as ever…

CMT’s Nashville is due to end with its sixth season this year, and we won’t lie – we’re pretty devastated that we’ll be deprived of future shirtless scenes from Chris Carmack.

The American actor has played gay country singer/songwriter Will Lexington ever since its first season, and his endearing nature – and buff bod – has resulted in his character becoming a fan-favourite.

In the latest episode, Will takes his shirt off and unveils his ripped physique. Like we said, the show ends quite soon, so if Chris Carmack treats us to a shirtless scene – which could be his last – then yas, we’ll be covering it. Enjoy! If Chris looks familiar to you, you may recognise him as sexy bad boy Luke Ward from The OC, and his roles in Love Wrecked and Into the Blue 2.

Ever since Nashville’s debut in 2017, the show has received critical acclaim. It has received various Emmy, Golden Globe and GLAAD nominations throughout the years.