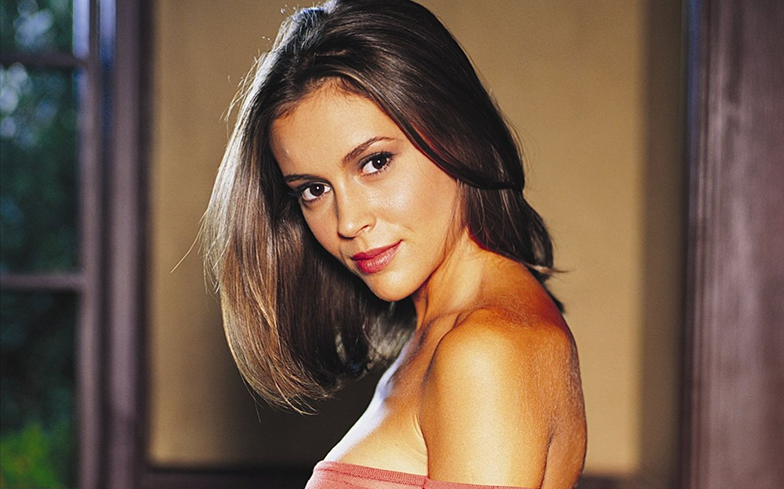 “It’s a great way to celebrate our fans that have stuck with us for such a long time.”

Erm, okay. Wow. So, it looks like a Charmed reboot slash revival with the original cast might actually be happening.

Earlier this week, Alyssa Milano – who portrayed Phoebe Halliwell on the critically-acclaimed fantasy series – sat down with Access Daily hosts Mario Lopez and Kit Hoover and teased a continuation of the show on NETFLIX.

When asked by Mario if a reboot is likely, Alyssa responded: “I think so yeah, Holly [Marie Combs] and I talk about Charmed movies a lot. They have a new Charmed which is on The CW and it’s a very different storyline.

When asked by Mario if a reboot is likely, Alyssa responded: “I think so yeah, Holly [Marie Combs] and I talk about Charmed movies a lot. They have a new Charmed which is on The CW and it’s a very different storyline.

“It’s a different show and it felt like they were trying to capitalise off the name, but not continuing on the storyline or the legacy. It was tough, but we have been talking about maybe doing some films for Netflix, so I think that would be really fun.

“I think it’s a great way to celebrate our fans that have stuck with us for such a long time, but still give it new blood.”

Yes, we know it hasn’t been officially confirmed but it’s a real possibility, because Alyssa and Holly aren’t the only original cast members who want to return. Rose McGowan and Brian Krause are on board as well.

Last year, when Holly (Piper Halliwell) said a ninth season of the show wasn’t feasible but would return for a movie, Brian – who played her love interest Leo Wyatt for its entire run – agreed and said a film is “possible”.

And just last week, Rose – who played Paige Matthews from season four until season eight – was asked at the Paris Manga & Sci-Fi Show if she’d ever make a comeback, and her answer sent fans (and us) into meltdown mode.

“That’s a really hard one,” she replied. “I think I would if it was a limited series, like maybe Netflix or Amazon or eight episodes, that would be amazing. I would hope that Shannen Doherty would be in it too.”

Shannen starred as Prue Halliwell, the third and oldest sister who was controversially killed in the season three finale as a result of on-set disputes. She was replaced with Rose’s character, their long lost sister.

Even though the show made it a habit of bringing back deceased characters (Patty, Grams, Cole), Prue never returned, which meant that Shannen and Rose never shared a scene together. Hopefully a Netflix film can rectify that?