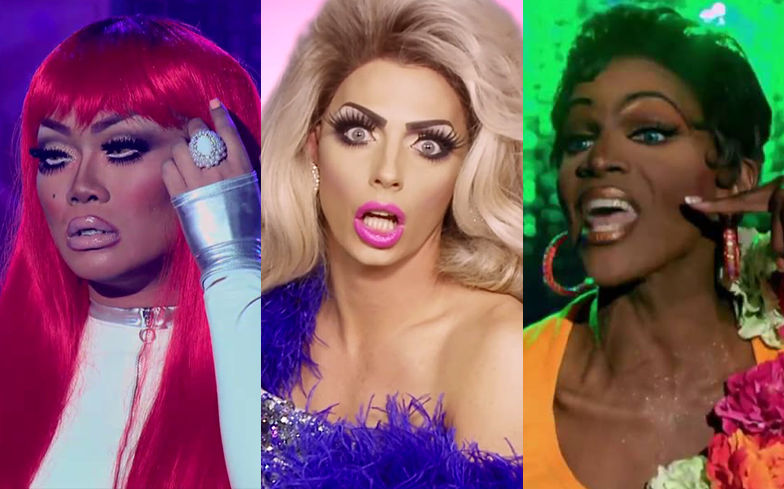 The legendary queen – who has just received her own docuseries on Netflix – told us: “You know, the lip sync for your life is my favourite part of the whole series. I wanna be entertained.”

She added: “I love lip syncs, I love standing up there and looking Ru in the eyes. The lights go down. Oh my gosh, that spotlight. The music turns on. You’re like, ‘This is it. This is the moment we long for as performers.’”

The Dancing Queen star then gave us a rundown of her favourite battles, three of which she participated in, of course. But do you blame her?

“Well Shut Up and Drive has got to be first.”

“Personally my second favourite is Cold Hearted Snake. It was so passionate, it was a fight. There was a story behind it.”

“I love Latrice Royale and was it Dida Ritz? It was Dida Ritz. It was fierce! They were taking me to church! That’s drag I like. That’s drag I’m about! I wanna feel something.”

“But then you have moments like Raven and Jujubee. I remember watching that and I felt something.”

“I would say my fifth favourite lip sync, well, I’m gonna choose something with me, because I loved me in Nothin’ Goin’ On but the Rent. I opened my blazer… I loved that one, I loved it!”

In our interview with Alyssa, she also discussed why she chose to shine a light on her personal life during her Netflix series.

“I just want to be my authentic, genuine, unapologetic self, and I wanted to take people on this… I don’t wanna say tour, but I want them to see behind the curtain, you know?

“The man under the mask and under the drag. There is so much to love for what I do, and not just with Alyssa Edwards, but I believe my true purpose in life is to be there at the studio at Beyond Belief.”