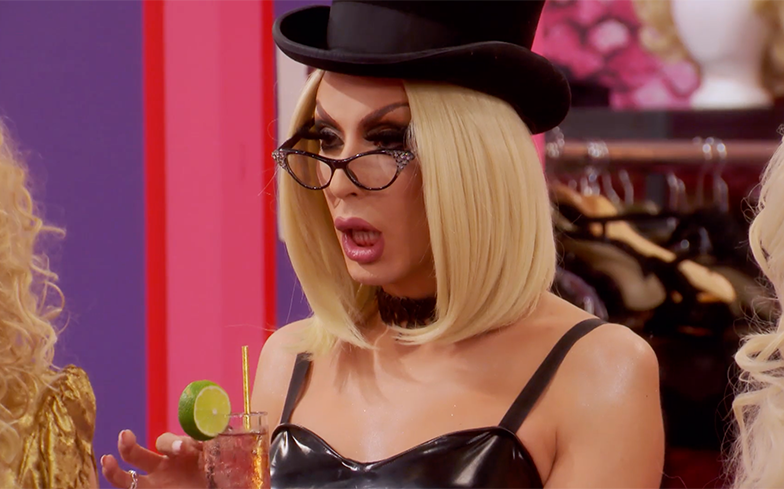 Why didn’t this make the final edit?!

In the sickening – yet controversial – finale for Drag Race All Stars 4, the show’s previous Hall of Famers, Chad Michaels, Alaska Thunderfuck and Trixie Mattel returned to advise the final four queens with… cocktails.

All three queens looked gag-worthy as per, but it was Alaska who garnered the most praise on social media.

Why? Her brolly. The legendary alumni was accompanied by an umbrella that paid homage to her All Stars 2 competitor, Katya. It simply read: “Team Katya.” It went viral because as we all know, Katya’s fans are passionate AF.

However, the moment could’ve been much more iconic, because Alaska had a reveal that didn’t make the final edit.

She shared on Instagram: “There was also a moment where I dramatically lifted my top hat and a bloody severed hand fell out and then I said “oh my goodness I’m so embarrassed – that was supposed to be a live dove”.

“But it didn’t make it into the episode. Condragulations to our queens!”

The finale for All Stars 4 made HERstory last week when Mama Ru crowned not one, but two queens.

Both Monét X Change and Trinity the Tuck were deemed worthy of a spot in the Drag Race Hall of Fame, which resulted in mixed reviews from the fandom.

Most were happy to finally see a queen of colour be recognised, but a lot of fans thought the double crowning “cheapened” the title.