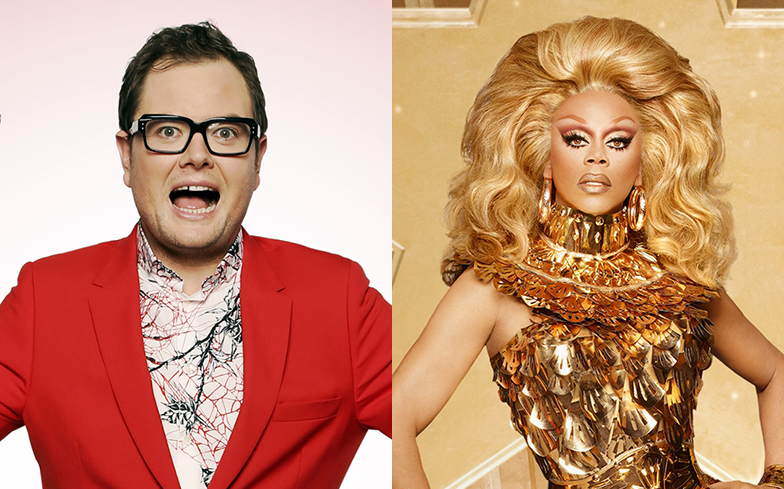 The British comedian, who was recently announced to be a rotating guest judge on the show alongside Graham Norton, has offered a tiny glimpse into what it was like filming the new series, which is being kept top secret.

“It’s really good, that’s all I can say,” he told Digital Spy.

“It was like, no phones, the most securitied thing ever. It was like Fort Knox. It was amazing to be part of something like that and no one is going to be disappointed. I’m going to get in to trouble even for saying that.”

He added: “I’ve signed something, I can’t say anything.”

Set to join Alan and Graham on the panel for one very special episode is UK chart-topper Cheryl, who reportedly recorded her scenes earlier this year and watched the contestants perform a number to one of her classic hits.

“She jumped at the chance and recently visited the set to film as a guest judge,” a source told The Sun. “Cheryl gave her comments on contestants who performed a lip-sync to her 2012 No1 single Call My Name. Viewers will love it.”

The highly-anticipated British spin-off will debut on BBC Three later this year and will run for eight episodes. It will reportedly have ten queens – none of which have been confirmed so far.

Other guest judges are being kept under wraps, but when we spoke to Michelle last year, she told us: “It’d range from music to actors. So many. We’d love the Ab Fab duo. The list goes on and on, there’s so many places it could go!