Adam Rippon explains what his Grindr profile looks like 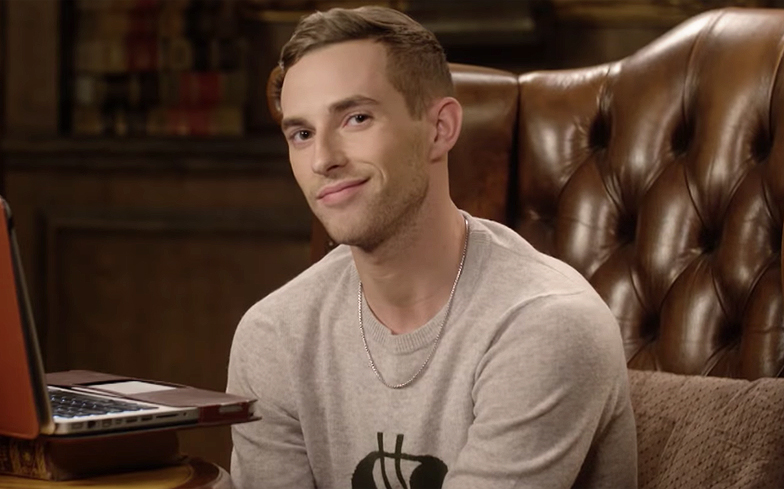 Adam Rippon is not here for the internet’s fake news.

The 28-year-old Olympian, who won hearts around the world with his stunning figure skating routines and unrelenting sass, has delivered his own unique brand of fact checking on what the internet is saying about him.

“Books are filled with facts, and the internet is filled with trash,” he says in the video for Vice News.

When shown a meme that claims he spends 33% of his time engaging in ‘cross-country Mike Pence-negging’, he joked: “Just thinking about [him] makes me wanna have diarrhoea on this entire fucking room.”

Adam was then quizzed about online dating, after one fan joked that his Oscars red carpet harness-suit looked like something you’d wear to a Grindr hook-up, when he described what his profile looks like.

“Yeah, I’ve dated on the internet, [but] Grindr is just trash. You’re not looking for love, you’re looking for a mistake,” he joked.

“I do the typical upper-lip-to-naval sort of middle-ground experience,” he explained of the photos he uses on dating apps, before giving a demonstration of how he takes topless selfies and making some very unusual straining noises. “I usually give like an alias, [but] on Tinder it’s my own name. [It’s] the classy version of gay online dating.”

Adam was also asked why people are so obsessed with his butt – although we don’t think it needs too much explanation.