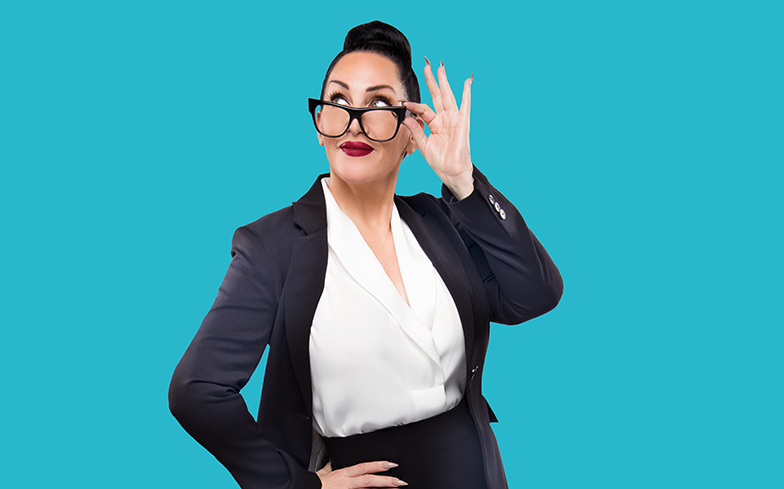 Michelle Visage has revealed that a musical based on RuPaul’s life has been discussed.

The American performer – who’s judged alongside her bff on RuPaul’s Drag Race since 2011 – exclusively told Gay Times: “Believe it or not, that’s been in talks for a good six or seven years.

“World of Wonder are great at putting everything on the table, but it’s not always up to us to make it happen.”

Michelle added: “I’d say you’d just never know, because they’ve got a TV show about his life coming up, and all these things coming up, so you never know.”

When we asked Michelle if Mama Ru would be taking a flight over to see her slay the London stage, she told us: “I don’t know! Ru’s got her drama that she’s filming for Netflix, so I think she’s going to be really preoccupied.” Earlier this year, it was reported that a 10-episode comedy series called AJ and the Queen, fronted and co-created by RuPaul alongside Michael Patrick King (Sex & The City), had been ordered by Netflix.

The new series will star the Emmy Award winning host as Ruby Red, a “bigger-than-life but down-on-her-luck drag queen” who travels across America in a rundown RV from the 90s, accompanied by a wise-cracking 11-year-old orphan called AJ.

Oh, and every episode, Ru will visit a drag club and perform a “killer musical number”. As if our excitement levels weren’t through the mother-tucking roof already?!

You can catch both RuPaul and Michelle in the highly-anticipated fourth season of Drag Race All Stars, which is expected to arrive early next year.