5 LGBTQ films you absolutely need to watch in 2019 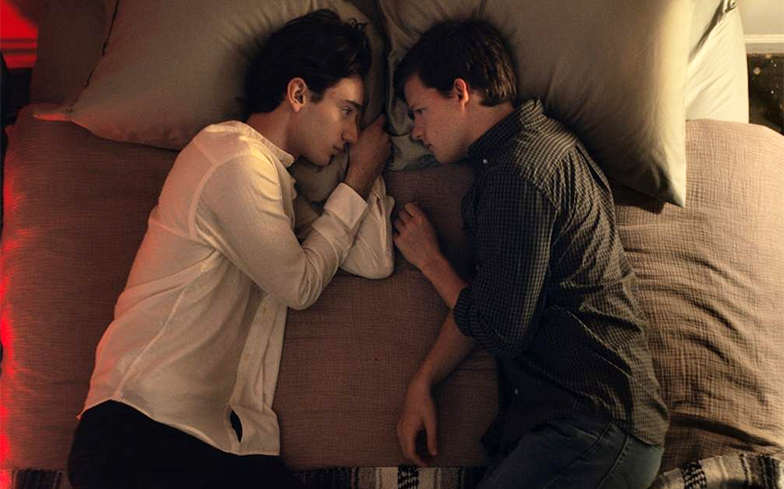 These are the LGBTQ films we’re looking forward to in 2019.

2018 blessed our screens with the likes of The Miseducation of Cameron Post, a bleak portrayal of gay ‘cure’ therapy; and coming out story Love, Simon, which was the first major studio rom-com to feature a gay lead character.

As LGBTQ representation on the big screen continues to improve, things are showing no sign of slowing down, as the year ahead will see three major queer films released within the first two months alone.

So what exactly does 2019 have in store for us? Here are five LGBTQ films you need to watch this year.

Set in the early 18th century as England and France are at war, the film follows the life of ailing UK royal Queen Anne (Olivia Colman) and her closest friend Lady Sarah (Rachel Weisz) who governs the country in her stead. But the arrival of Sarah’s cousin Abigail Masham (Emma Stone), who’s fallen on hard times, promises chaos in the monarchy as the two women begin to fight for their place as Queen Anne’s right-hand woman and companion. Following it’s premiere at the Venice Film Festival, the film received critical acclaim, and many reviewers highlighted the on-screen romance between Queen Anne and Abigail.

Oscar-nominated actress Kiera Knightley stars as the Nobel Prize-winning French novelist Sidonie-Gabrielle Colette, who went on to become a leading literary figure and a sexual revolutionary in the late 1800s. The film chronicles her marriage to the charismatic Parisian, Henry Gauthier-Villars (Dominic West), who convinces her to ghostwrite a series of novels to be published under his pseudonym ‘Willy’. Colette also explores the author’s gender-fluidity and her relationship with French noblewoman Mathilde de Morny (Denise Gough).

Based on Garrard Conley’s memoir of the same name, Boy Erased tells the story of Jared (Lucas Hedges) – the son of a Baptist pastor – who is outed to his parents (Nicole Kidman and Russell Crowe), and forced to attend a conversion therapy program. Once there, Jared meets others like him and comes into conflict with the homophobic head therapist (Joel Edgerton). Boy Erased also stars Cherry Jones, Xavier Dolan, Flea, Joe Alwyn and Troye Sivan. Come for Nicole Kidman’s wigs, stay for the powerful drama.

Upcoming biopic Rocketman is based on the life of legendary musician Elton John, and will focus on his early years in the entertainment industry. It will chronicle his rise at the Royal Academy of Music, and his struggles with fame and drug abuse. Taron Egerton – best known for his role as Eggsy in the Kingsman franchise – steps into the role of Elton, and is joined by Jamie Bell, Richard Madden, Gemma Jones and Bryce Dallas Howard.

Robert Mapplethorpe, a captivating and controversial figure in the art and photography world, was best known for his highly stylised black and white photography, celebrity portraits, and homoerotic images – particularly of BDSM subculture. Matt Smith will be playing the iconic photographer in the upcoming film, which is finally due out in March next year. The film will depict Mapplethorpe’s life “from moments before he and Patti Smith moved into the famed Chelsea hotel,” and explore “the intersection of his art, his sexuality and his struggle for mainstream recognition”. Directed by Ondi Timoner, and also starring Marianne Rendón as singer-songwriter Patti Smith, the film thankfully looks like it won’t shy away from depicting Mapplethorpe’s sexuality and relationships, if the trailer is anything to go by.