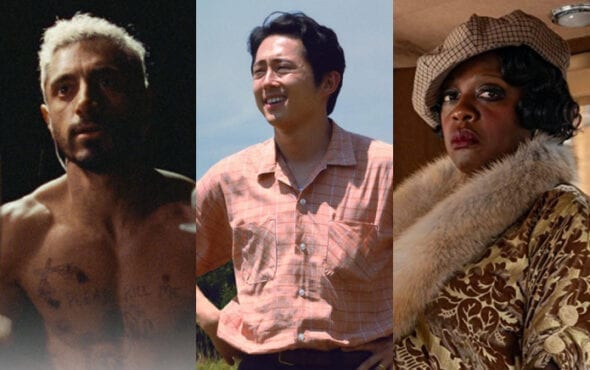 This year’s Oscars ceremony has made history.

On Monday (15 March), Nick Jonas and Priyanka Chopra announced the stars and films in contention for the upcoming 93rd Academy Awards, making history in the process as the most ethnically diverse slate of nominees ever.

Nine out of the 20 acting nominees are people of colour, including Viola Davis for Ma Rainey’s Black Bottom, Andra Day for The United States vs. Billie Holiday, Leslie Odom Jr. for One Night in Miami, Yuh-Jung Youn for Minari and Daniel Kaluuya and Lakeith Stanfield for Judas and the Black Messiah.

The late Chadwick Boseman received a posthumous nomination for his performance in Ma Rainey’s Black Bottom, while Steven Yeun became the first ever Asian-American performer to be recognized in the Lead Actor category for Minari.

For his role as Ruben Stone in Sound of Metal, Riz Ahmed also made history as the first Muslim actor to be nominated in the category.

This year’s candidates are a far cry from all the all-white acting nominees in 2016, which spawned the viral #OscarsSoWhite hashtag.

Female filmmakers have also made herstory due to nominations in the Best Director field for both Chloe Zhao (Nomadland) and Emerald Fennell (Promising Young Woman). Only five women have ever been nominated for the award.

Zhao is the first woman of Asian descent to be recognised in the category.

This diversity isn’t reflected in the coveted Best Picture category, with snubs for predominantly Black-led films such as Da 5 Bloods, Ma Rainey’s Black Bottom and One Night in Miami.

Last year, however, the Academy Awards announced a new representation and inclusion standard for films in the running for Best Picture.

As part of its Academy Aperture 2025 initiative, the historic new move has been introduced to better reflect the diversity of viewers and encourage inclusion amongst gender, sexual orientation, race, ethnicity and diversity. Andra Day in The United States vs. Billie Holiday

With the help of the Producers Guild of America (PGA), the Academy have established four representation categories: on-screen representation, themes and narratives; creative leadership and project team; industry access and opportunities; and audience development.

You can also read the full list of the 2021 Oscar nominations below.

Actor in a Leading Role

Actress in a Leading Role Daniel Kaluuya in Judas and the Black Messiah