10s across the board! This week’s Drag Race served some of the best looks EVER 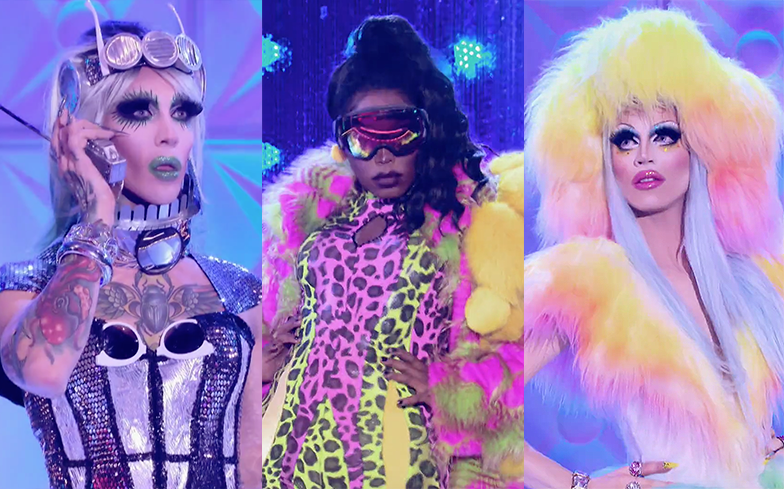 The queens have stepped their mother-tucking pussy up.

We’re thirteen seasons into RuPaul’s Drag Race and the show might have just pulled off one of the most fashionable episodes ever.

After the contestants sashayed, shantayed and panthered down the runway (33 times!), Blair St. Clair, Eureka O’Hara, Mayhem Miller, Monique Heart and The Vixen were declared safe by Mama Ru, while Asia O’Hara, Dusty Ray Bottoms and Monet X Change found themselves in the bottom three.

Miz Cracker, Kameron Michaels and Aquaria were praised for their looks, with the latter scoring her first ever win.

Monét and Dusty then lip-synced the mother-tucking house down to Nicki Minaj’s Pound the Alarm. Dusty’s kooky showing – while entertaining – couldn’t hold a candle to Monét’s fierce AF performance, and she sashayed away.

Because we’re ah-mah-zeng, we’ve compiled a list of our top ten gag-worthy lewks from the episode.

Get your jush below… Let us know if you’re agree/disagree with our list in the comments!

The fourth episode of RuPaul’s Drag Race season 10 is now available to stream on UK Netflix.