10 incredible LGBTQ films that are guaranteed to make you cry 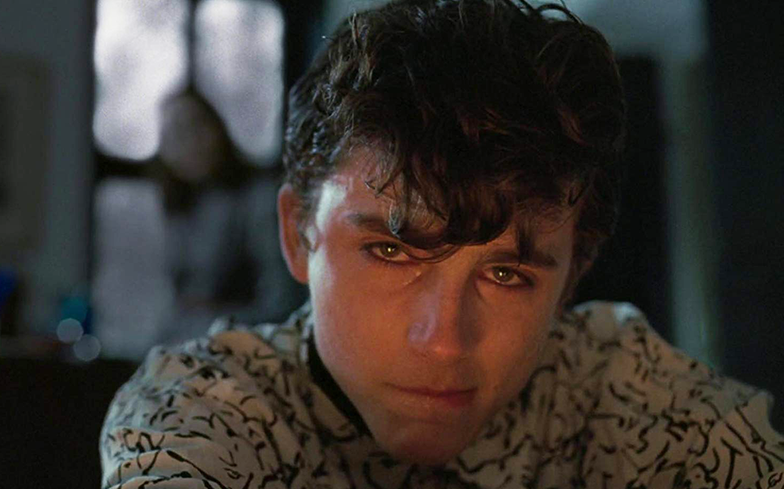 Being queer is great, and we love it. But it can also be tough. We often face challenges that our cisgender and heterosexual counterparts don’t experience like coming out, rejection, discrimination, and an intense desire to be accepted and loved.

So it’s understandable that we sometimes want to let down our fierce exteriors and let those emotions flow over us, and what better way to do that than to see our own experiences reflected in beautiful stories on the big screen.

We’ve rounded up 10 of the best LGBTQ-themed films that will leave you ugly-crying below.

The Normal Heart, directed by American Horror Story and Glee creator Ryan Murphy, might be the most devastating LGBTQ film of all time. Set in 1980s New York, this adaptation of Larry Kramer’s award-winning play depicts the rise of HIV/AIDS as seen through the eyes of Ned Weeks (Ruffalo), the founder of a prominent HIV advocacy group. It features standout performances from many high-profile names, including Julia Roberts as a sympathetic nurse on an AIDS ward. An easy watch this is not, but the story and message it brings is so incredibly important.

Set in the 1950s, Carol stars Cate Blanchett as an older woman navigating a difficult divorce who embarks on a forbidden affair with an aspiring female photographer, played by Rooney Mara. Watching the effects of homophobia and a jealous soon-to-be-ex-husband on their relationship is heartbreaking, and if nothing else, the pure melodrama of it all will get you in a state of melancholy. Before he worked on queer HBO series Looking, director Andrew Haigh helmed British romantic drama Weekend, which followed two men (Cullen, New) who meet and begin a short-but-sweet sexual relationship the weekend before one of them leaves the country. The film received universal acclaim after its release in 2011, largely for its realistic and documentary-like portrayal of a same-sex relationship. The nostalgia of fleeting romance and ‘what could have been’ is strong with this one.

Moonlight is a queer coming-of-age tale that charts the life of a disenfranchised African-American man in poverty-stricken Miami. It’s received widespread critical acclaim since its release, and was rewarded for its brilliance with three Oscars back in 2017. It’s an emotional rollercoaster for any viewer, but especially anyone who’s struggled to accept themselves for who they really are. Most importantly, it offered a rare chance for black gay men to see themselves reflect on screen.

The Danish Girl, which is loosely based on the true story of Lili Elbe, is probably the most high-profile film to focus on the experience of a trans individual. Aside from controversy over casting a cisgender actor in the role of a trans woman, the film handles the topic beautifully. It also examines the effect that transitioning has on Lili’s wife Gerda, who feels as though she’s losing the person she loves. It’s guaranteed to leave you sobbing. We couldn’t create a list like this without featuring Call Me By Your Name. In just a couple of years, it’s become one of the most beloved gay films of all time. For all the criticism it’s faced – whether it’s the age gap, or the fact that it’s set in the 1980s and doesn’t address the AIDS crisis – the themes of first love, heartbreak, and the intense emotions queer young adults feel when becoming who they’re meant to be are relatable for everyone. And that final scene, as the credits roll, will leave you a wreck.

It may not be a traditional tear-jerker, but this feel-good story of community – based on true events and featuring an all-star cast – will leave you weeping with pride. A group of lesbian and gay activists come together to raise money for families affected by the 1984 British miners’ strike, which ultimately formed the highly successful Lesbians and Gays Support the Miners campaign. It was instrumental in the progression of LGBTQ issues in the United Kingdom.

Tensions run high when Kena (Mugatsia) and Ziki (Munyiva) start a same-sex love affair as they have to hide their affection from Kenyan locals. Homosexuality is still illegal in the African nation, and when they are caught they are confronted by an angry mob. With this film, the fictional discrimination on screen shone a harsh spotlight on the reality queer people in Kenya face when the Kenya Film Classification Board banned its release because of its “homosexual theme”. Director Wanuri Kahiu sued the Kenyan government to get the film released so it could be submitted as the country’s entry for the Academy Award for Best Foreign Language Film. The ban was lifted for seven days and went on to sell out cinemas, becoming the second highest-grossing Kenyan film of all time.

This tear-jerking drama brings Timothy Conigrave’s acclaimed 1995 memoir to the screen. It follows Timothy (Corr) and John (Stott) who fall in love in 1970s Australia, and chronicles their beautiful – but heartbreaking – 15 year relationship. Like we said, it’s a tear-jerker, so make sure you’re stacked up on tissues.

Unlike many of the films on this list Love, Simon will leave you crying with joy, not sadness. It became the first film by a major Hollywood studio to focus on a same-sex teen romance when it released in 2018, making history and receiving acclaim from viewers and critics. Jennifer Garner’s speech after on-screen son Simon comes out as gay is already iconic, and perfectly explains what it’s like to have to hide who you are. Trust us, if you have a heart, you’ll cry when you hear it.