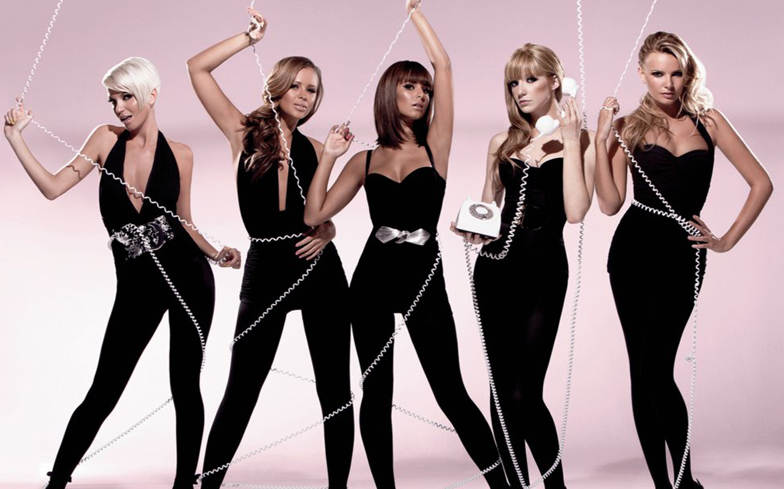 Can you believe that it’s been ten years since the release of Girls Aloud’s fourth studio album Tangled Up?

The album, released on 16 November 2007, signified a shift from manufactured reality TV band to experimental pop darlings, a move that was previously hinted at in their third album Chemistry.

To celebrate ten years since we were first treated to the likes of Call The Shots, Close To Love, and Sexy! No No No…, we’ve dug through the archives to find ten facts about the process of making the album and how it helped cement Girls Aloud as one of the UK’s biggest girl groups.

The experimental sound paid off for the band as Tangled Up remains their longest-charting album, having spent 47 weeks on the UK Albums Chart. Whilst it may not be their highest-charted, peaking at number four, the album continued to re-chart during the release of their fifth album Out Of Control.

2. Call The Shots was a band favourite

Upon calling the track her favourite off “Tangled Up”, Cheryl admitted she had goosebumps when she first heard “Call The Shots”. The track went on to reach number three in the UK, and number nine in the European Singles Chart.

3. It was their first album not to feature covers

As part of a shift away from their manufactured image, gone were the days of having cover songs play part of the tracklist. Coming hot off the heels of a greatest hits collection, Girls Aloud were now expected to be able to sell an album on their own merits, and didn’t need a Jump or I Think We’re Alone Now to rely on.

Tangled Up was critically acclaimed for its futuristic and experimental sound, and it would have felt out of place for the album to feature a traditional ballad (Imagine I’ll Stand By You following Fling?!). In replacement of any ballads, we instead we’re treated to the spacey I’m Falling and the acoustic Crocodile Tears.

Speaking of Crocodile Tears, the song, alongside lead single Sexy! No No No…, were the only tracks to receive songwriting credits from each member of the band. All of the thirteen tracks were co-written and produced by the Xenomania production team, which featured the likes of Brian Higgins and Miranda Cooper.

Third single “Can’t Speak French” reached number nine in the UK Singles Chart when released in March 2008. As part of the release and despite its title, the track was recorded in French under the distinct name of “Je Ne Parle Pas Français”. It’s a flash of genius and even if it’s not 100% accurate, it still goes OFF.

7. They didn’t record vocals together

Interestingly, the girls layed down vocals together for none of the tracks on Tangled Up. During recording, Nadine had moved to Los Angeles and bought a string of Irish Pubs and this meant that she recorded her vocals separately to the rest of the band, who recorded in London.

8. Sexy! No No No… comprises of three songs

The unexpected and barmy sound of Sexy! No No No… can probably be attributed to the fact that its three completely separate songs put together: the vocoded introduction from Cheryl, a samba-infused rhythm, and another containing a sped-up sample from Nazareth’s 1975 song Hair of the Dog.

9. The Tangled Up Tour was shown in cinemas

Following the success of the album, Girls Aloud performed across the country with their Tangled Up tour. Not only that though, their London show at the O2 Arena in May 2008 was screened live at 50 Vue Cinemas across the UK alongside the likes of Iron Man and What Happens in Vegas.

10. It was recognised by the Music Producers Guild

Tangled Up helped earn Girls Aloud’s first and only nomination at the Music Producers Guild Awards in 2009, eventually winning “Best Live Album Of The Year”. The awards ceremony sets out “to celebrate the creative talent and technical ability of the UK’s music producers, engineers, mixers and re-mixers.” A true impact.