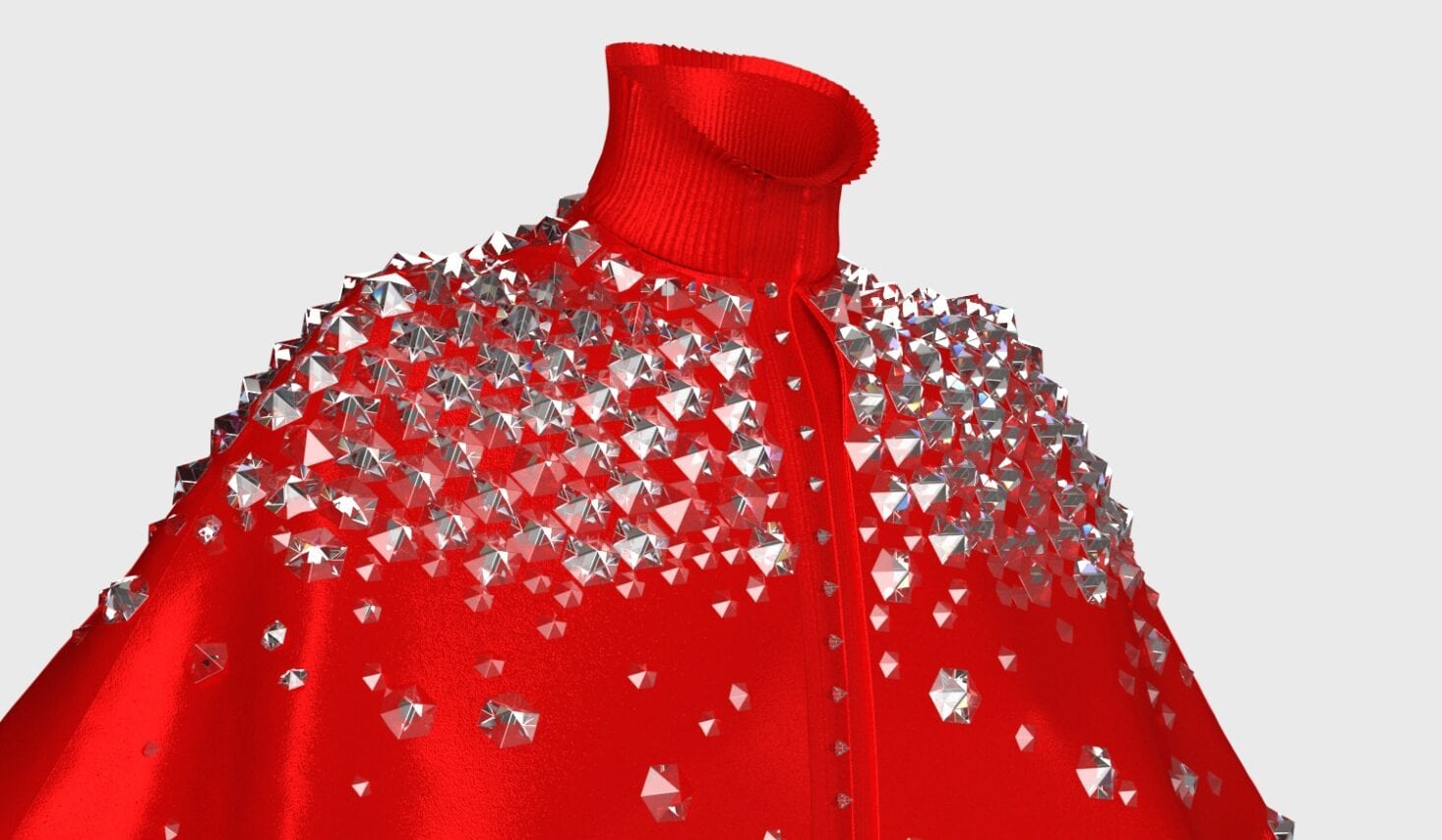 “No-one’s going to wear those capes to Sainsbury’s but I wish they would,” remarks Patrick McDowell, as they sat down to talk to GAY TIMES about their recent collection, shared digitally during Helsinki Fashion Week last month. As an alumnus of the infamous Central St Martins, and boasting shining career highlights such as an Anna Wintour nomination for the Stella McCartney Today for Tomorrow Award, and features in Vogue, Forbes and The Guardian for his work on sustainability, McDowell disrupts the stoic and often very serious and conceited construct that is the British fashion scene in the queerest way possible.

Although this year’s showing at Helsinki Fashion Week was supposed to be an in-person show, the designer showcased Catholic Fairytales – his third fully digital collection, dissecting and queering the his relationship with Catholicism – to create an experiential show despite their being no physical garments. Inspired by his brand partners Taroni Silk and Swarovski, the limits of digital programming were pushed to their queerest reach, working with digital tailors at Scotomolab. Each look was then expertly placed into a camp-infused, digital Vatican City, created by Parisian digital studio, NDA.

“Together as a community, I’m offering this collection as our robes of celebration and pride. For the Black and brown trans and queer people who paved the way for our rights. For the many people around the world the church has hurt. For all the queer children who deserve to be treated with kindness and respect,” says McDowell. 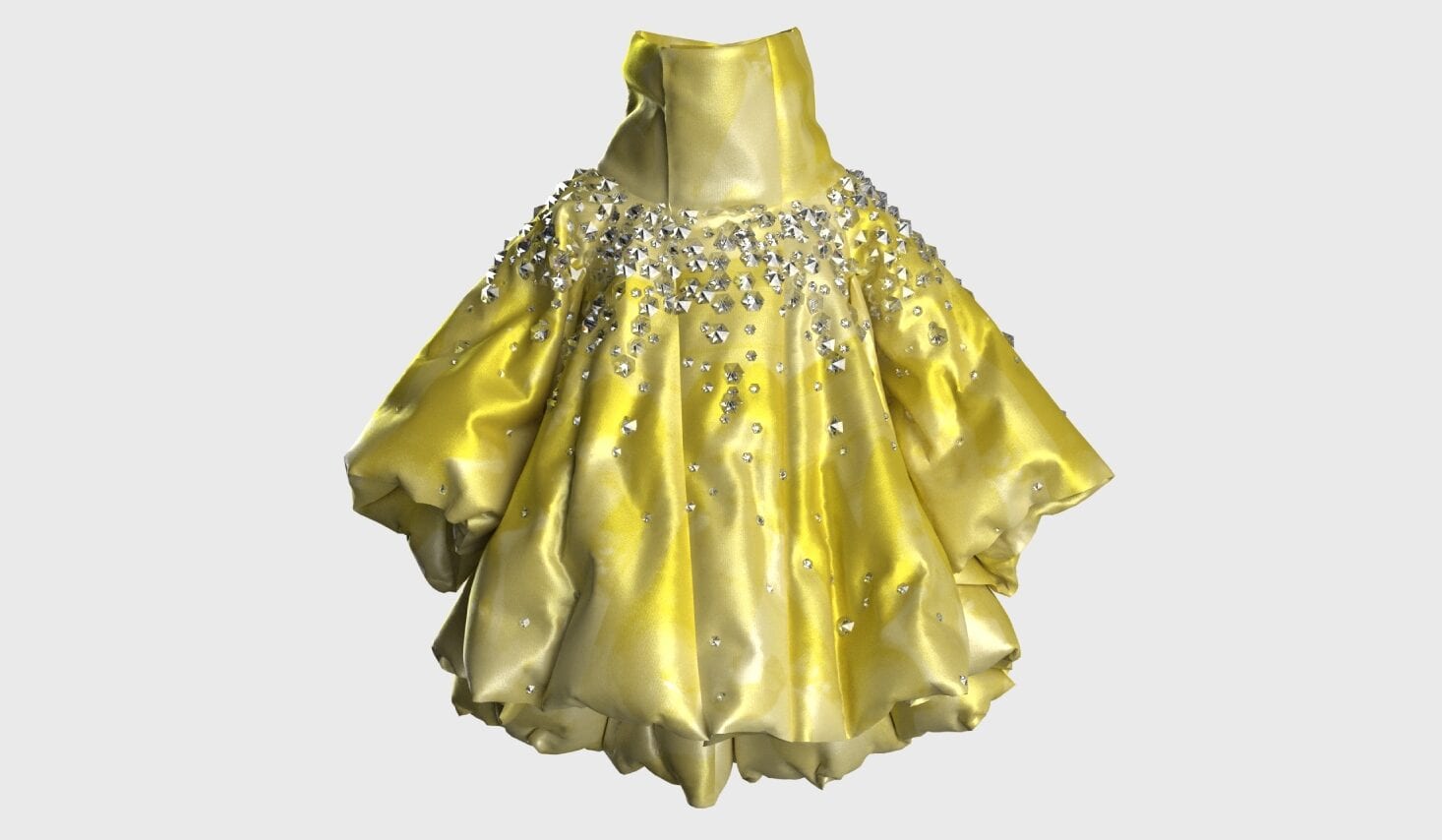 With Fashion Week moving into a realm of digital hyperbole, and physical garments being dismissed in favour of technological couture, it was an opportunity for experimentation. “I found it easy to ignore it because it’s digital, and it doesn’t exist. I found that quite strange, and we kind of designed things and I knew what I wanted it to look like and I wanted it to be in the Vatican city. But I only saw the show environment two days before everyone else saw it and it was nerve wracking in a way and we have to give away creative control on parts of the project,” he explains.

The movements and ‘walk’ of the show were devised and created via Scotomolab and NDA Paris, two digital agencies specialising in creating advanced polymorphic technological fantasies. “Part of the process is you are sent files of movements that the models make, and there are 60 options and you choose the movement of the models. The digital agencies sent different stances and everything I chose was kind of a joke, it was meant to take the piss out of a fashion show in the way they prance down the runway.”

This is very much in keeping with Patrick’s style. As a Liverpudlian, he is aware of the ostentatious nature of his city’s heritage. The designer’s previous collections, also shown during Fashion Week in Helsinki, focused on his relationship with his family, and how this impacted his life growing up. Previous collections looked at his father’s job as a fireman, with his first looking into their climbing trip to Mont Blanc when McDowell was just six, analysing the relationship between father and queer son. But for this, it was time to be introspective and use his own experiences with religion as the subject of the collection. 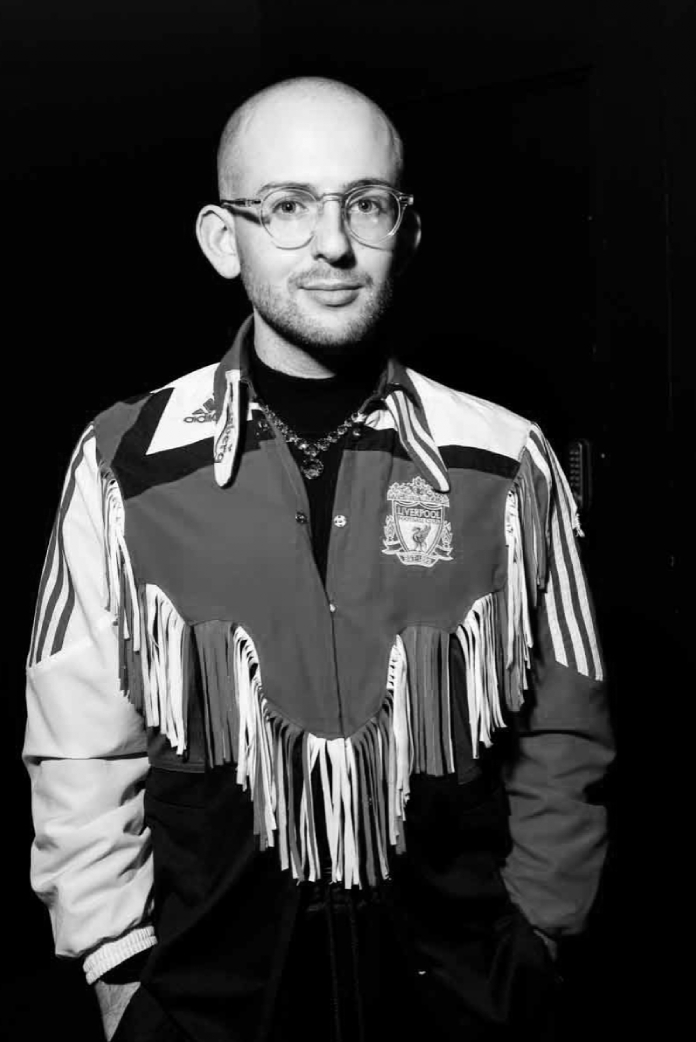 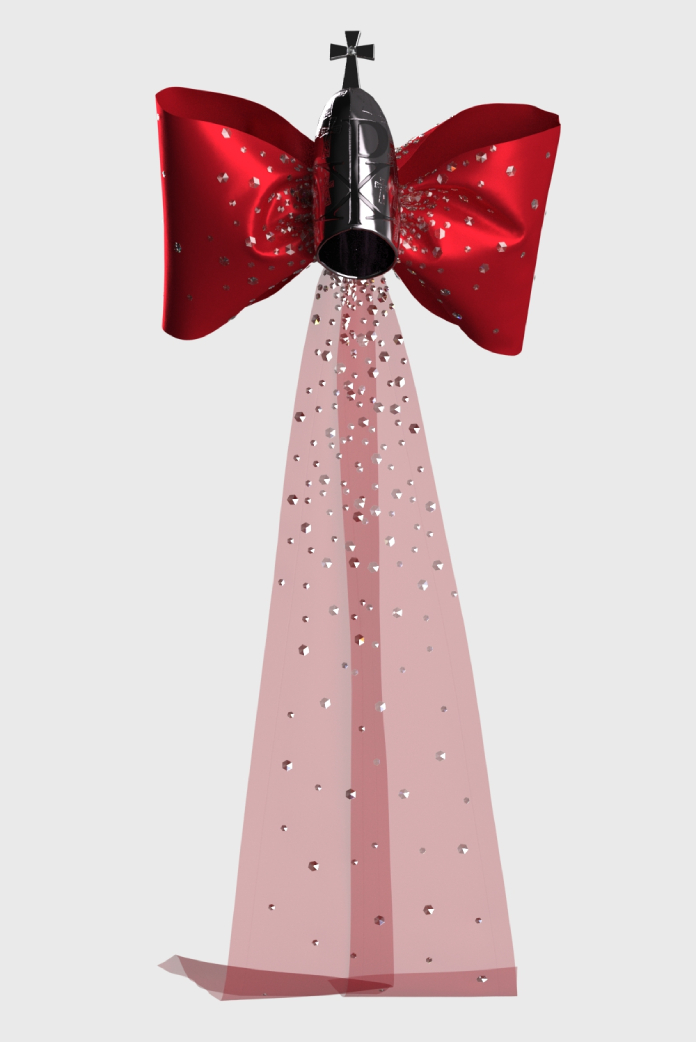 I’ve got no interest in clothes that are designed from a picture of a pocket from Pinterest. I’m selling stories i’m not selling clothes. 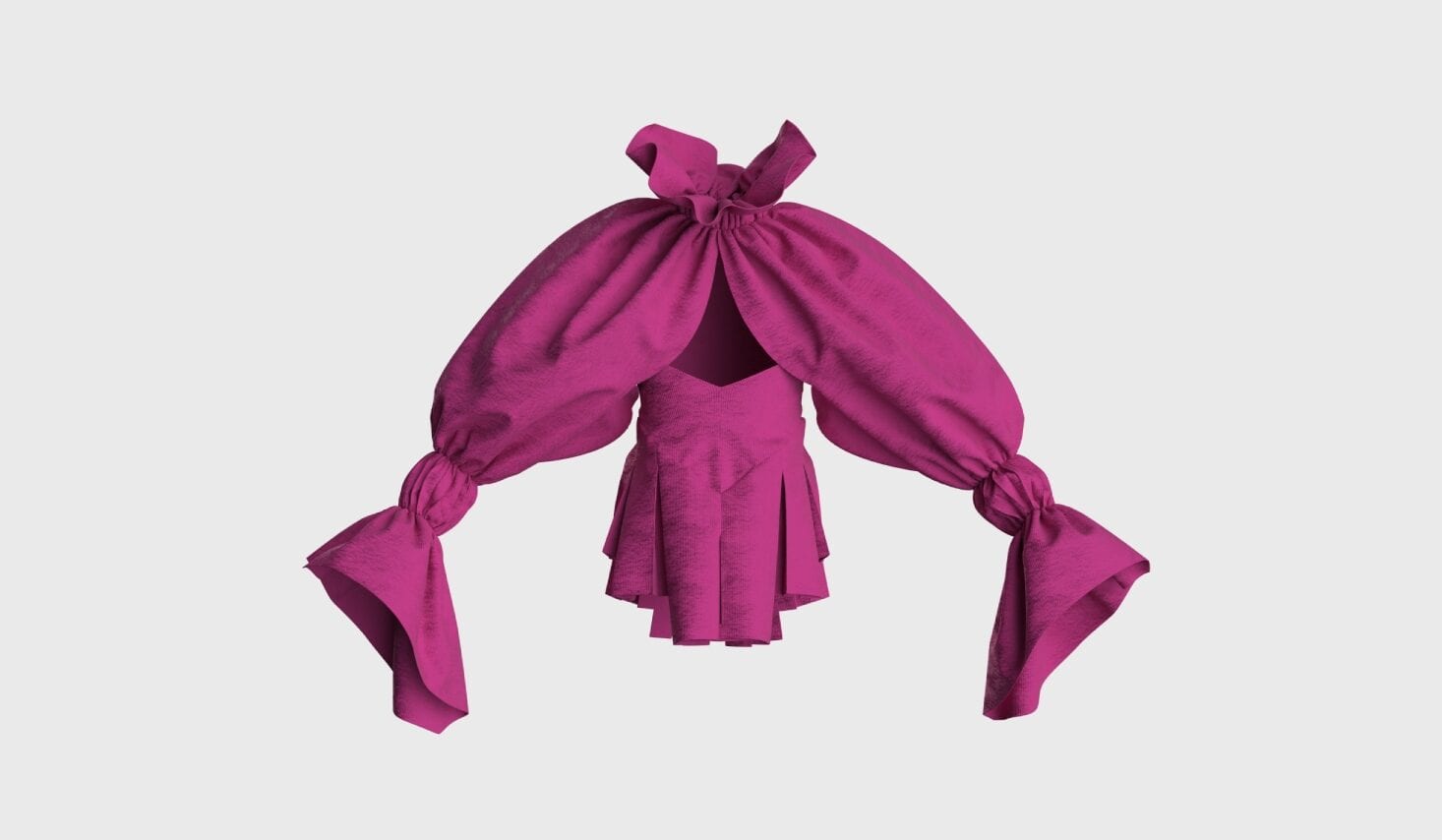 “I thought maybe I should do one on me, and it ended up being about the Church. For me it’s really important that those authentic stories are there, because otherwise I’ve got no interest in clothes that are designed from a picture of a pocket from Pinterest. I’m selling stories I’m not selling clothes,” he says. “It’s important for students and people to know fashion can be a silly, camp show in the sky at the Vatican City. It doesn’t have to be serious all the time.”

Speaking to Patrick, his air of calmness and modesty is incredibly endearing, but in a way that’s realistic. The fashion industry often can become a space that’s full of baseless achievements, and focusing on who you’re working for, rather than the purpose behind it. McDowell was nominated by Anna Wintour for the Stella McCartney Today for Tomorrow Award, which aims to champion the next generation of designers and artists fighting for climate change and sustainability through their work.

“I went back to Liverpool and a lot of my close friends still live there, and it was like a Sunday night and we were having veggie lasagne and we were just sitting around the table and I went to start eating and my phone flashed up with a link my friend sent me with my name in capital letters, and I thought it was a cat meme. Then I realised what it was and watched her [Anna Wintour] speak. I didn’t know it was happening but Sarah Mower had put me forward for it, and you can think what you want about Anna but I’m not going to say it wasn’t exciting.” 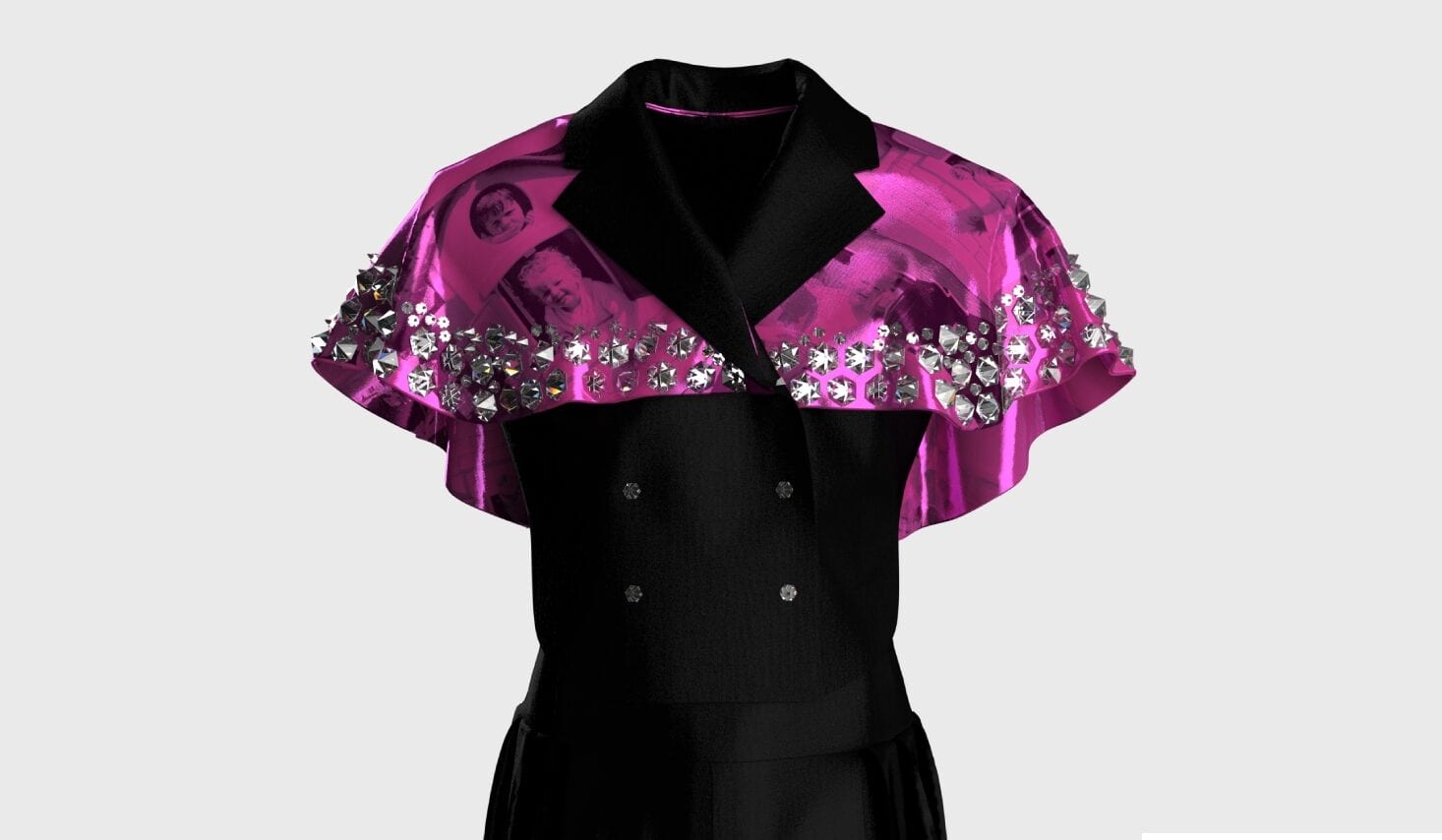 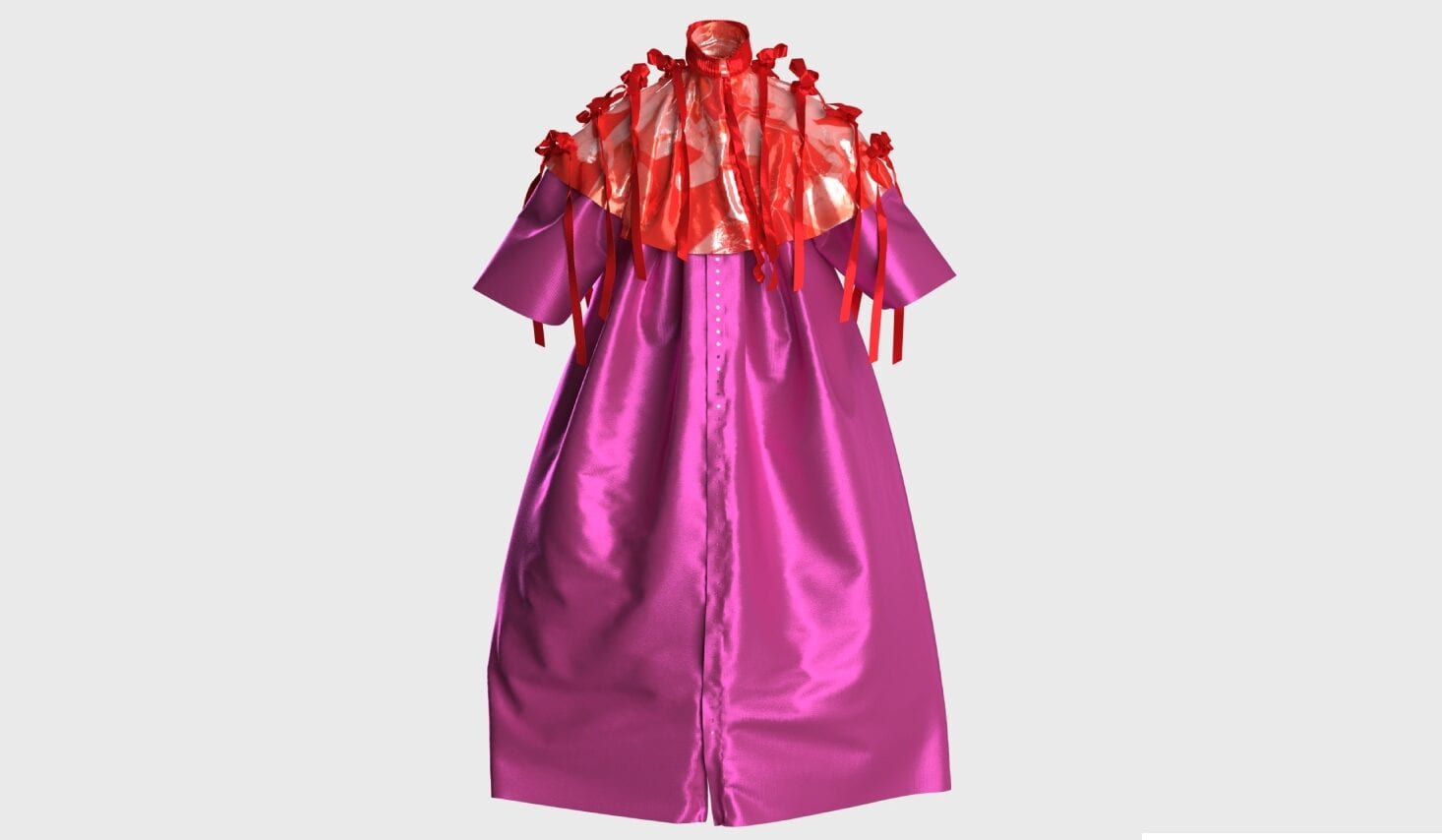 Success is often measured as being something that we can achieve, and then mark as completed. However, speaking with Patrick he really showcases how personal success is something that we each have to define ourselves. His mission is to create a landscape for queer and LGBTQ+ people to be able to not only design in a creative and open way, but be the wearers of fashion that can truly use garments to shine and express who they are. To use their personal experiences growing up as LGBTQ+ people, through their fashion. Hence the inspiration from his 18 years raised within the Catholic faith.

“I was anxious that people thought I was being rude and religion is something that you’re not supposed to go near, but I was born into this without being asked, and lived through it for 18 years and really do understand it,” he says. “It did have a lot of feelings about reclaiming, in a similar way for me with the word queer. It felt like I was reclaiming that opulence with cathedrals and the Vatican. In a weird way, it shifted my association with what a god-like figure might be.”

As London Fashion Week rears its head again this September, and physical shows hint at becoming a reality again, the capital has merged mens and womenswear to create one show for each designer showcasing their collections. A move that appears to have only been done for COVID-related reasons, despite the asks of many LGBTQ+ designers each year to get rid of the archaic and outdated binary split.

“My shows are never really about if it’s for men or women. I’ve never understood why that’s a thing, and it excludes people that aren’t men or women,” says Patrick. “It feels old fashioned, and trying to feel modern about it and merge them is also odd. It just throws up lots of issues with the industry, and why lots of the systems don’t work for everyone within it. It’s like, why are we still doing it?”

To see more of Patrick’s collection, check out the full show here.