We had a delightfully camp catch up with RuPaul’s Drag Race icons Jujubee and Kitty Scott-Claus ahead of the opening of all-drag West End show Death Drop at the Criterion Theatre. 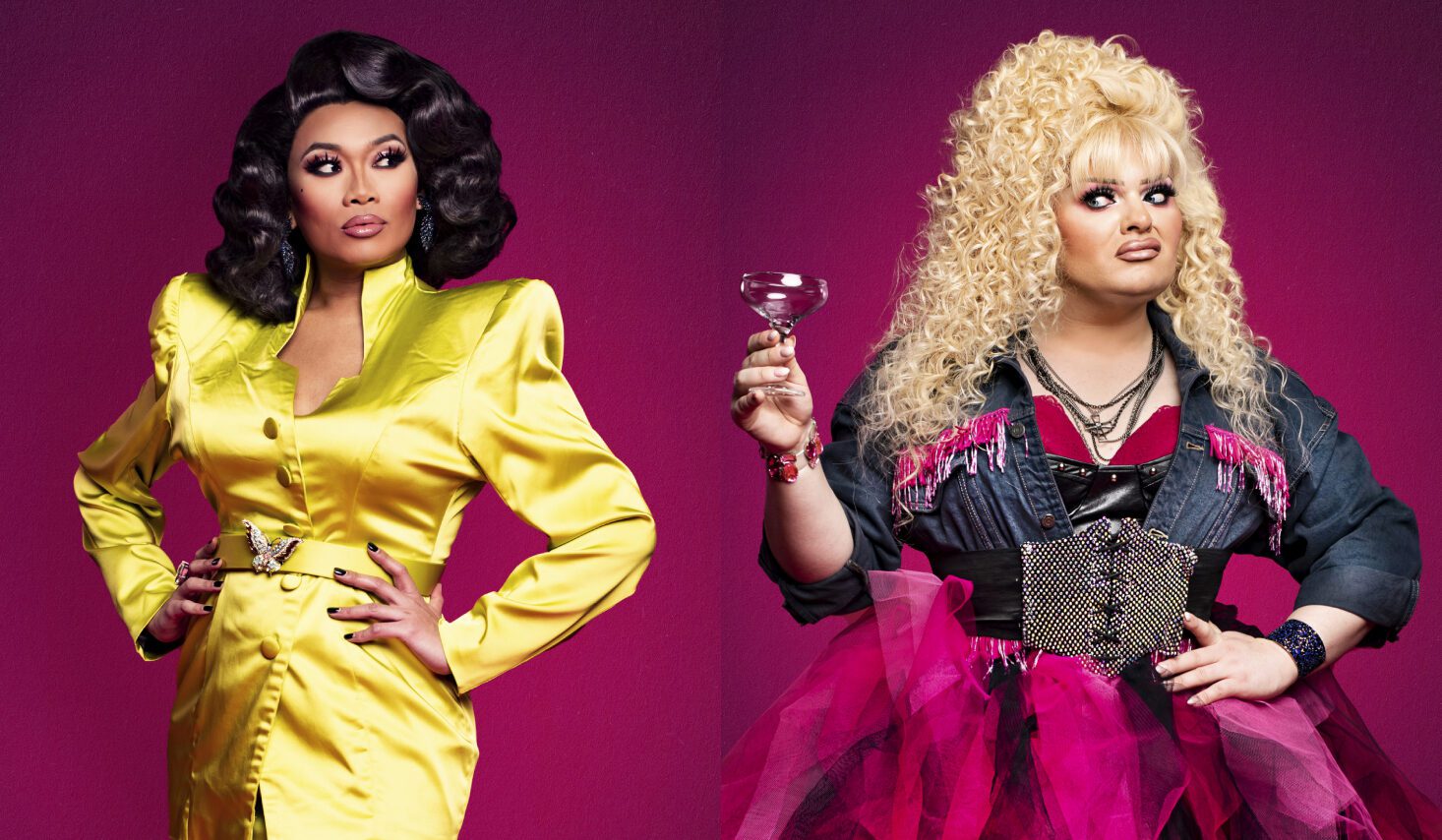 We’re so excited that the self-styled Dragatha Christie murder mystery Death Drop is returning to light up the West End once more.

We caught the original 2020 run starring Courtney Act and Monet X Change, and the 2021 run featuring Willam and Latrice Royale.

Back once again for 2022, and in a new home at the gorgeous Criterion Theatre, our leading ladies this time around are the legendary Jujubee and the iconic Kitty Scott-Claus.

How are rehearsals going so far?

Kitty: We started rehearsals on Monday and we’ve been here all week and today is photoshoot day, getting gorgey, getting glam, living our 1991 fantasy! Rehearsals have been really fun, the majority of people here have done the show before, it’s only me and Jujubee who are brand new to the production. Everyone else is amazing and warm, it’s been a lovely experience, everyone’s getting on so well. There’s no twat in the cast. I know – if there’s no twat in the cast, that means it’s probably me! You can put that as the headline: Kitty Scott-Claus – ‘I’m a twat!’

Jujubee: It’s been so amazing, there’s so much work that’s been going on in here. I flew Monday night and landed on Tuesday, checked in, came here for 10am and it was so amazing. This is what I live for, just to be with such super talented actors and comedians. It’s really weird to say this right now, it’s only been four days, but I feel like I’m a part of this family and we just love Death Drop. This is what I’m living, breathing and eating!

Can you tell us a bit more about the show?

Kitty: Death Drop is the all-drag murder mystery. Think Agatha Christie meets RuPaul’s Drag Race, it is the most fabulous whodunnit in history! Let me paint you a picture: it’s 1991, we’re on Tuck Island. Don’t ask me where that is, I’m still not 100% sure, but we’ve all been invited by a mysterious lady for the 10th anniversary of Charles and Diana. And it’s a dinner party, and things happen…

Jujubee: What I love the most about Death Drop is that when you go in and sit in the audience, you are fully there. There’s no other thing that you can do but be fully committed to watching. Because of desperation for attention, we show up at this party and we end up being trapped in this mansion because the bridge is blocked, because of a big rainstorm. I’m a meteorologist – I know that I can’t leave yet. All we try to do is leave, and people drop left and right. We have no idea who the murderer is. It’s not me, because I would never do that… right?

What can you tell us about Shazza and Summer Raines?

Kitty: So I’m playing Shazza, and Shazza is like an old pop star from the ‘80s who hasn’t quite let it go. It was previously played by Courtney Act, and then Willam. I’m so excited to be the first UK girl to play Shazza, none of the UK girls have played either Shazza or Summer. It’s fab, I’m putting my own stamp on it, a little GC magic, know what I mean! I’m making it Kitty, making it gorgey, making it glam!

Jujubee: Oh, darling, this isn’t even Jujubee, this is Summer Raines, darling. You have to come to Death Drop to see what she can do! She’s a fabulous meteorologist and climate system communications broadcaster.

Definitely not a weather girl.

Jujubee. No, never! She’s a meteorologist from America. She wants people to see her as something serious, but I don’t think anybody really takes her that seriously, because – this is not on me, it was written for the character – she had to be really beautiful. Maybe this was typecasting! She just ends up at this party and maybe she stirs the pot a little. I think that Summer is just somebody who’s loving and kind, she really is there to help you find who the murderer is!

There’s quite a variety of well-known drag talent in this cast. What’s the dynamic like working with all these talented queens and kings?

Kitty: It’s amazing! What I love about the show is that it’s not just queens, it’s kings as well, and it really celebrates the kings because kings are as much a part of the drag scene as the queens are. It’s brilliant that we have the incredible Richard Energy and Georgia Frost, they’re both so funny. And then we have Jujubee, I’m such a huge fan of hers, every time I talk to her I’m like, this is wild! That we’re here doing this and doing scenes together, so mad! I’m having a fabulous time!

Jujubee: Honestly it’s so different from working at a bar or a nightclub because in this situation, we see every single facet, we see the performance, the human, the hungry human, because we work so hard, so we’re constantly feasting. I call it ‘drag magic’ because it just feels right, it feels loving. I think as artists, all we want to do is work and show people art, and explain what we can’t explain in our human life through this form. And to get to play different characters is pretty fun because we’re all kind of crazy, so this is just an excuse to tap into those tiny bits of crazy that we already have.

Is this your West End debut, Juju?

Jujubee: It is my West End debut. I am officially a West End Wendy! I’m so excited. I pinch myself every morning, I get to live in London for two months, it’s something that I’ve always dreamed of but I never imagined how it would actually happen. When this came along, I was like, Juju, this is what you’ve been praying for. It’s happening! I’m savouring every moment. 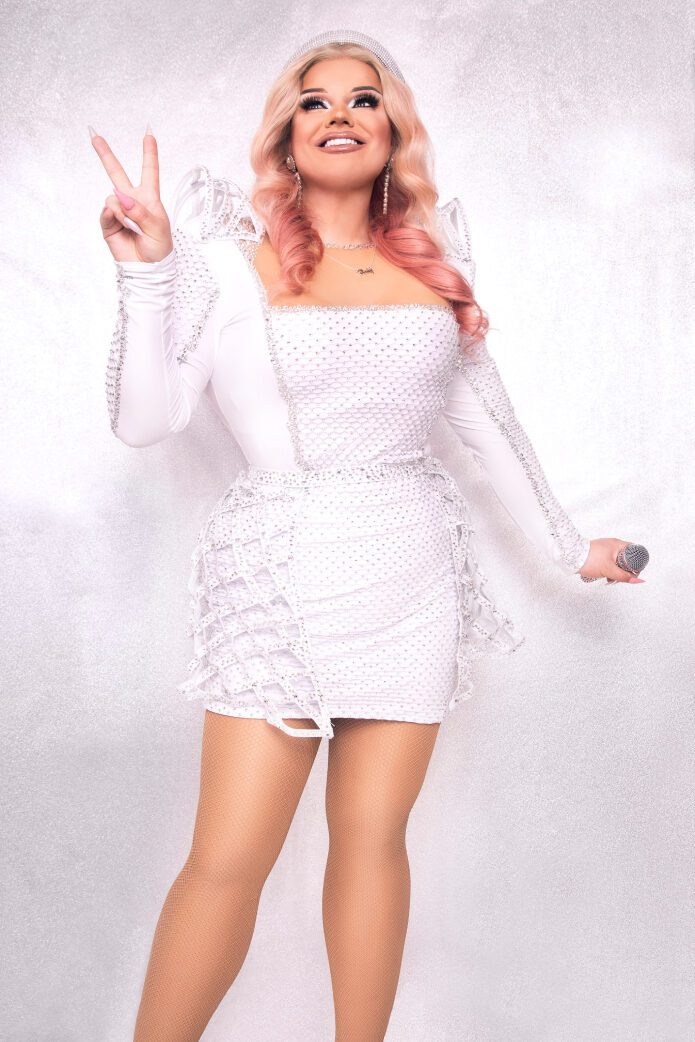 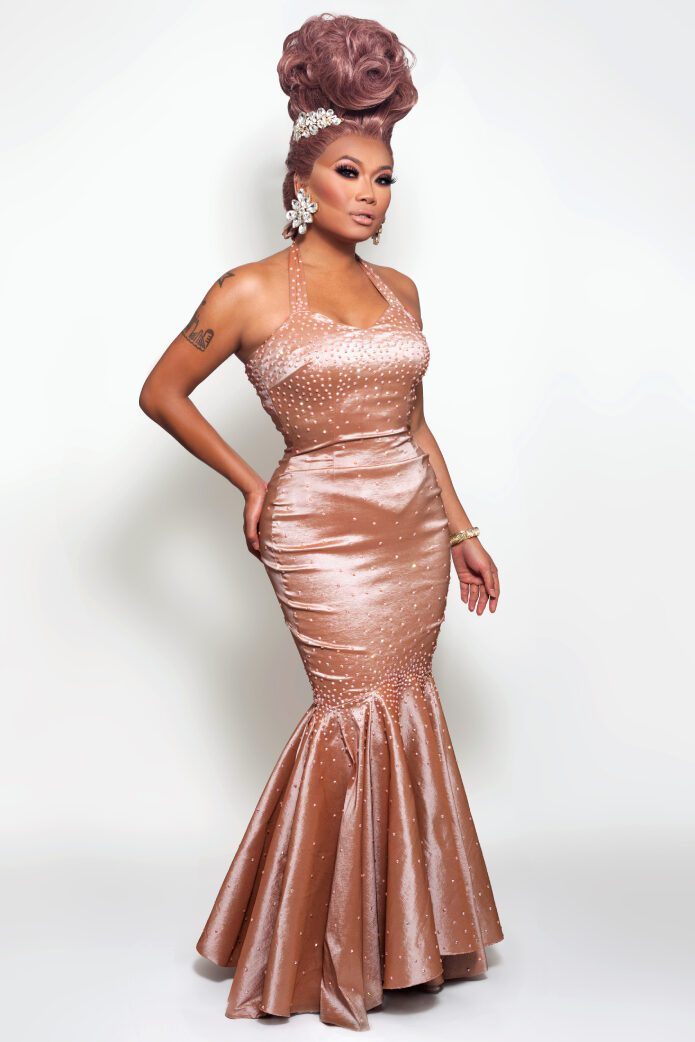 Do you have other plans for while you’re here? Anything you’d like to do?

Jujubee: Oh my god. First, I’d like to go to every museum possible because I love museums, I’m a big nerd. UK vs The World is going on right now, so I’m hoping that I get to see my UK sisters. Actually, maybe there’s a finale viewing that I can go to! All Stars 5 was shown during the pandemic, so my finale for that was me and my cats and a computer. So for me, it was a little sad, and now I get to redo it and experience that familiar feeling that I had at one time. One thing I do want to do, though… how do I meet the queen? I just want to say, ‘hey girl, what’s going on? I love your hair!’

Probably not right now because I think she has Covid right now, doesn’t she?

Jujubee: She does? Oh gosh, I’ll bring her chicken soup.

The London question was more for Juju, Kitty – I know you live down the road!

What does it mean to you to be representing drag, and the queer community, on such a big and important platform?

Kitty: It’s such a full circle moment for me, being on at the Criterion. Back in the day, I had my graduate showcase – I went to drama school – at the Criterion Theatre. I had an agent, my first agent, when I graduated from my drama school days he came to watch me in that at the Criterion. He said ‘you’ll never work here until you’re 30’. And here I am, I turned 30 last week. As the leading lady in that very theatre… to be in such a show that really champions queer energy, queer creators, queer people, it’s just incredible!

That’s so lovely hear. Sorry, I just thought back to what you were saying earlier, your quote, and almost started laughing there.

Yeah that would be terribly inappropriate, given what you’ve just said. So I tried to keep it in…

Kitty: I have that all the time babes, like I’m having a serious moment, and I’m thinking about that person that fell over! Know what I mean? Whoopsie!

Juju – how does it make you feel, representing drag and queer culture on a platform like this?

Jujubee: Oh gosh, sometimes it’s a lot of pressure, but it takes lots of pressure to make diamonds and I’m ready to be a diamond. I feel like there was some sort of manifestation for me here because when I was a little boy, I always imagined myself nestled on a stage, like sitting on my side with my legs out, I would turn and I would sing something. When we rehearsed that for the first time today, it’s exactly what happened – now that I’m 37, it’s happening. It doesn’t feel like it’s real yet, but to be in the West End at the Criterion, which is a gorgeous theatre, it feels loving. It feels like a blessing.

How did you come to be involved in Death Drop?

Kitty: I’ve been involved with TuckShop for years, they were doing this Gals Aloud night at the late, great Her Upstairs in Camden. TuckShop was formed there, basically, and it grew from Her Upstairs. They needed a Kimberley Walsh for their Gals Aloud show, so I was like ‘I could do that’ because I saw that if you’re a drag queen you got free entry, you got free drinks all night, and you got attention from boys. I was like, ‘What more do I need?!’ We’ve been working together for years, it really is a long standing thing and then I got the call in January. ‘So Death Drop’s coming back – would you like to be involved?’ And I was like, in a heartbeat, ‘I will move anything to make this happen!’

Why should GAY TIMES readers come and see Death Drop?

Kitty: They should see Death Drop because, honestly, it’s not like any other show in the West End. If you want a truly camp, fabulous, magical night filled with charisma, uniqueness, nerve and talent – and three people who didn’t win Drag Race! – why not come to Death Drop?

Jujubee: GAY TIMES readers know what great news is because they read GAY TIMES. So they’re going to know what great art is, and Death Drop is great art! Throughout this entire pandemic, many people didn’t see artists as people who were necessary, although they were also watching TV, they were listening to music, they were reading books. You know, that’s all art. So come support us. Be loving, be kind, because we’re here to entertain you. And come find out who the murderer is, because I don’t know! Mwahaha!

Jujubee: But can you can you refer to it as “meh”-licious?

Death Drop opens at London’s Criterion Theatre on 10 March, with previews from 4 March. More information can be found here. 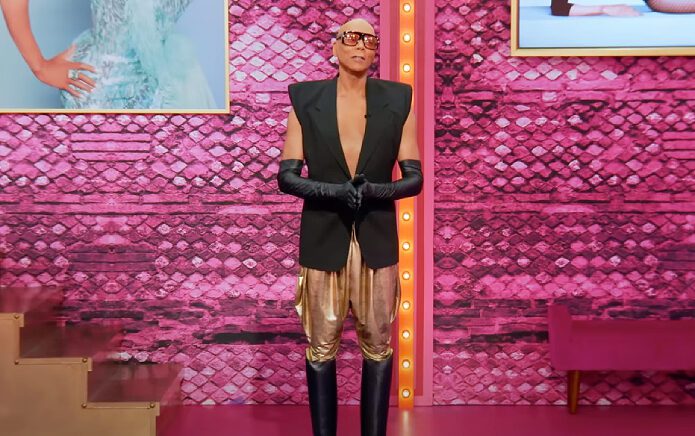 RuPaul dropped another unexpected bombshell on this week's incredible new episode of Drag Race All Stars 7. 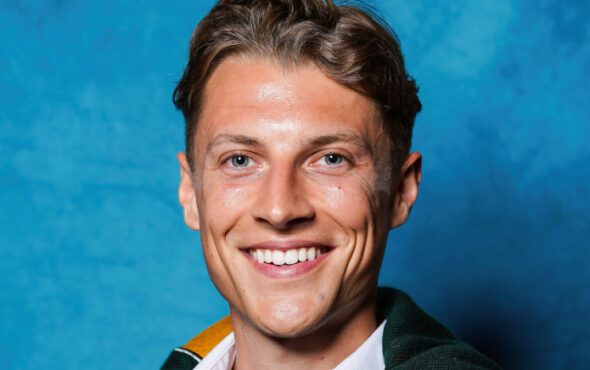 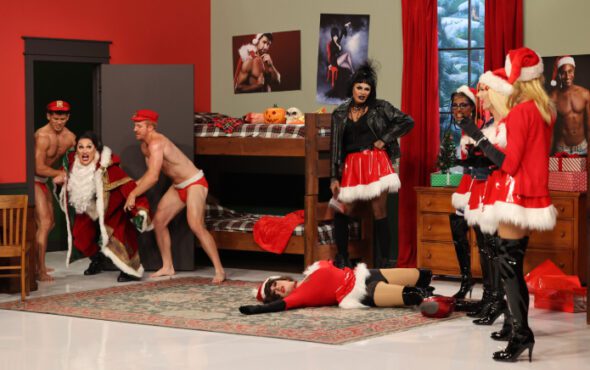 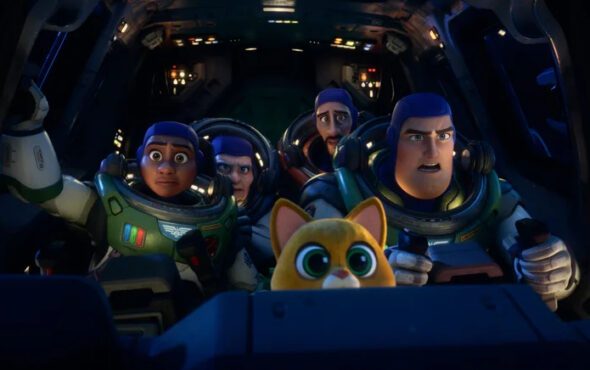