We caught up with Chris Clegg, creative director and founder of TuckShop, to find out more about what drag delights they have in store this coming year. 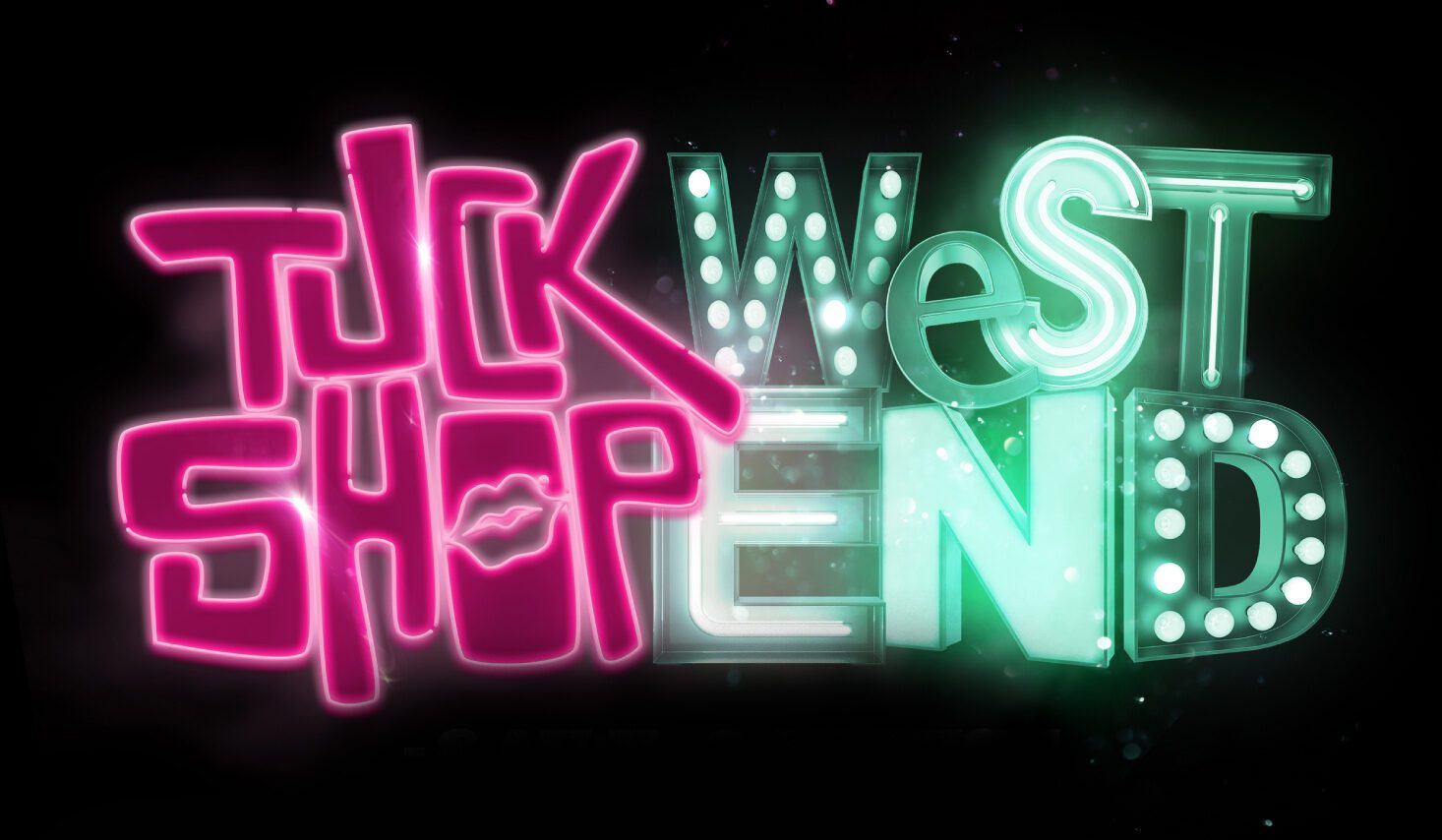 You may not know TuckShop by name but their work is likely to be on your radar by now. If you caught all-drag murder mystery Death Drop on London’s West End (starring Willam and Latrice Royale), or the Cinderella panto (Baga Chipz, Veronica Green), then you’ll have been to one of their productions already.

They have lots going on in London right now, with the Sickening ‘90s Drag Prom happening this weekend and again in September as part of the Underbelly Festival, alongside their own festival of drag, TuckShop West End, running at the Garrick Theatre for two weeks this summer. This will see performances from Ginny Lemon, Joe Black, and a whole lot more besides. They also recently brought Gals Aloud to HOME in Manchester.

On an extremely warm afternoon – but thankfully in an air conditioned bar in Soho – we caught up with TuckShop’s founder and creative director Chris Clegg to find out a bit more about the TuckShop story so far and what’s next for them.

How did it all begin?
I produced theatre for a few years, I was a theatre manager in the West End. I produced a show that lost lots of money, and I lost my job because I was so distracted with the show and trying to make it work. I got a job at the now no longer here (may she rest in peace) Molly Moggs. I worked and lived above Molly Moggs for two years, rent free in Soho working in a gay bar, it wasn’t the worst time! They had a lot of the old school drag there, and they were always like ‘you should try drag’ and I was like ‘no, I don’t want to’. But then Madame Jojo’s used to run a competition, and I entered it for a dare from the bar staff, and I ended up going all the way through and coming second. Not bad! And then that introduced me to the world of drag.

I was on a TV show called Drag Queens of London with Baga Chipz, Me, and loads more. I was always trying to keep drag and producing separate, I thought I had to be very professional to be a producer and drag didn’t feel like that. So it ended up being kinda two very separate threads. A couple of years back I used to go to Her Upstairs and I met Cheryl Hole. She was like ‘I wanna do a Girls Aloud show!’ and I said ‘I’ll help you do that, that sounds fun’. And that’s the origin of Gals Aloud. We did our first performance there and we had about 150 people rammed in and it was great.

It was about that time I went, well, why not make a company that manages UK queens, that can help get British performers gigs, because it was at a time before UK Drag Race when all the American girls would come and get all the gigs, and a lot of promoters were asking the UK girls to work for free to support them. So we were like, why don’t we manage people, try and get them some work, try and put on some shows of our own and see what happens. And it’s gone really well!

Can you tell us more about what you’re working on right now?
The Sickening ‘90s Drag Prom, it’s a concept we’re giving a go. You come along, there’s a headteacher, a science teacher, a PE teacher and there’s games and stupid things to join in and a dance. You’re competing in two halves, the audience are two different houses within one school. Like a gay Hogwarts, just without the TERFs – that’s what everyone wants, right? So you come, you have a stupid, nostalgic, ‘90s kinda night with the drag performers bossing you around. We have the first ones of those this weekend and it’s different for us, we’ll see how it goes, we’ll be learning every night.

Then we’ve got the TuckShop West End season, which is the first ever drag season in a West End theatre. This is a test to see if two weeks works, and then maybe next year we’ll come back and do it for longer with more names and more shows. It’s about time we took over the West End theatres – let’s take them all over. One night a week we do Matilda but everyone’s in drag… or everyone would watch an all-drag SIX, they’d be desperate for that!

Would Chris ever return to drag himself?
In Death Drop, we had an understudy in the show who covered all the characters so if anyone went off, they could cover anyone. One of the cast got COVID so they went off and she went on, so I then had to play all the understudy parts, the ninja, Princess Diana, things like that. It was fun – I made my West End debut as a ninja, which is exactly what I wanted since I was a child! So that was quite a lot, I got to work with different casts – on stage with Willam one night, Courtney Act the next… it was quite a debut to make.

And what else do you have in the pipeline?
We’re trying to take Death Drop on a UK tour, we’re just trying to get the venues and the cast and everything confirmed for that at the minute. We have TuckShop Live at the Wonderground festival in Earl’s Court, we’re doing a Kings vs Queens night. We’re trying to make sure we platform kings and different genders and styles of drag. We’re also developing some TV stuff, because I’m not doing enough apparently! Holly Stars’ Inspirational is a really fun project, season two of that is coming to Amazon Prime in a month or two and we need to start work on season three.

We used to do a monthly club night at Jack Solomon’s in Soho which will be coming back. There’s performers, it’s cabaret-style mixed billing, like a raucous, drunken Soho club night. We also have The Crown which is our competition we ran last year with Freedom Bar, which is looking for new drag talent, season one was won by Vanity Milan. That will be coming back when everyone feels comfortable and safe in the venues.

TuckShop already has lots going on, on a large scale – where do you see things in the future? What’s the goal for you guys?
A good piece of regular TV, just to have that running, in the way that Drag Race funnels talent out. A couple of our projects in development could be that kind of vibe. The stage – me and Holly are like, can we get Death Drop to Broadway? Who can we cast in it? I’d love to see Ginger Minj in a role… I’d love to see her in every role! I think we’d have to change all the Findus Crispy Pancake references, a little bit of localisation.

One of our end games would be to open a TuckShop drag/revue bar. Have you ever been to Funny Girls in Blackpool? I love it and I think something like that in central London, I don’t know why it doesn’t exist yet. A TuckShop bar with Blackpool prices, Blackpool food! I love the Blackpool gay scene, The Flying Handbag, Flamingos, then pop to Funny Girls, it’s great. So TuckShop bar, TuckShop Broadway, just a little bit of world domination, well a couple of pockets of the world. London, New York, those little towns! That would be fine. Maybe throw in some Australia, a bit of Sydney, that would be nice.

More info about TuckShop can be found here. 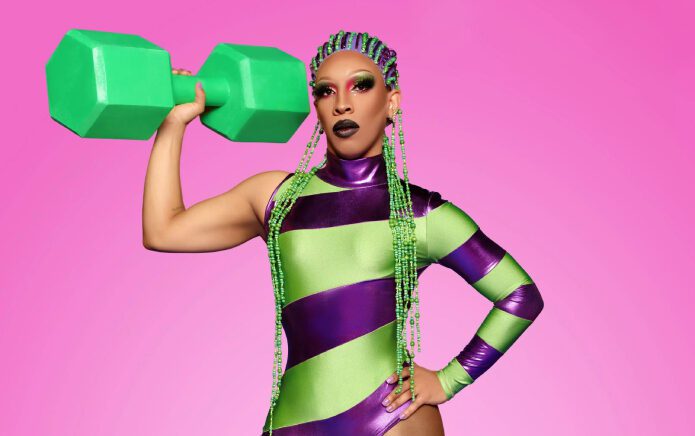 Exclusive: Diamante Merybrown on why it’s “difficult to recover” from Drag Race

Diamante Merybrown speaks with GAY TIMES about the comments from her season two sisters and why it's "difficult to recover" from Drag Race. 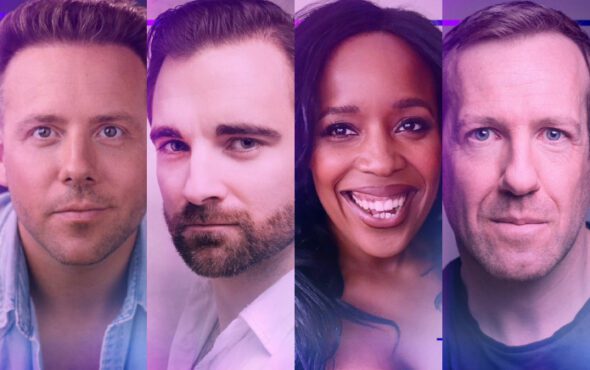 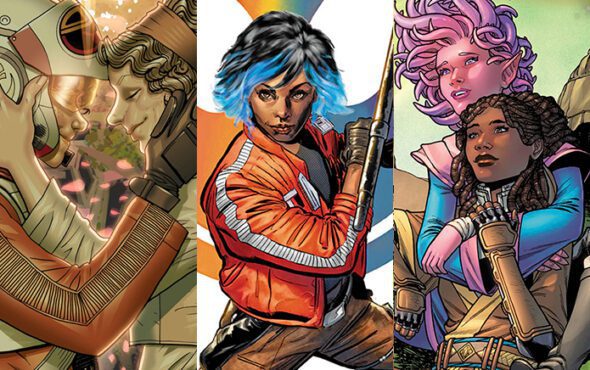