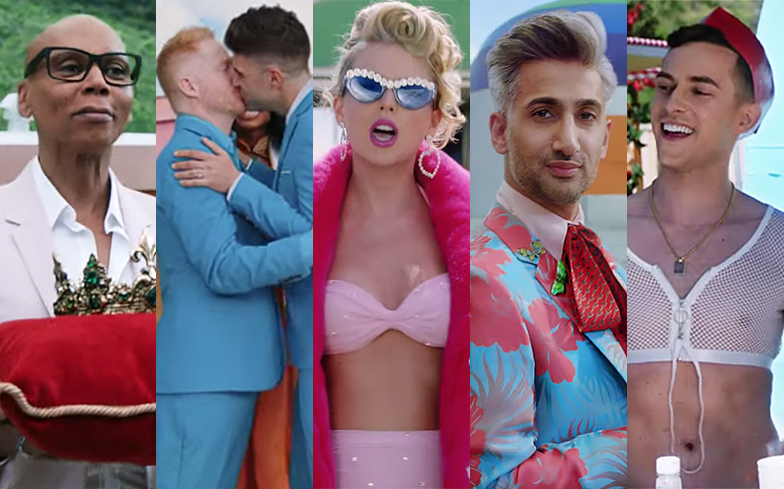 “Shade never made anyone less gay!”

Taylor Swift has dropped the video of the motherfucking year.

The clip for You Need to Calm Down, which includes lyrics such as “shade never made anyone less gay”, sees the American singer-songwriter in a glamorous trailer park with several queer icons and allies as an anti-LGBTQ protest occurs.

The star-studded line-up for the video is as follows: RuPaul, the cast of Drag Race (including Jade Jolie as Taylor, Tatianna, Trinity the Tuck and Adore Delano) and Queer Eye, Todrick Hall, Katy Perry and Hayley Kiyoko.

The video ends with Taylor urging fans to sign her petition for Senate support of the Equality Act on change.org.

Lover is due for release on 23 August, and will feature the above track as well as Me! with Brendon Urie, which reached the top ten in Australia, UK, US, New Zealand, Ireland and Scotland. Taylor first showed her support for the LGBTQ community earlier this year when she donated $113,000 to an LGBTQ charity in her home state of Tennessee.

Last month, she sent a letter to Republican senator Lamar Alexander, urging him to support the Equality Act when it heads to the Senate.