The world of theatre is showing just how diverse and non-performative casting can be done. 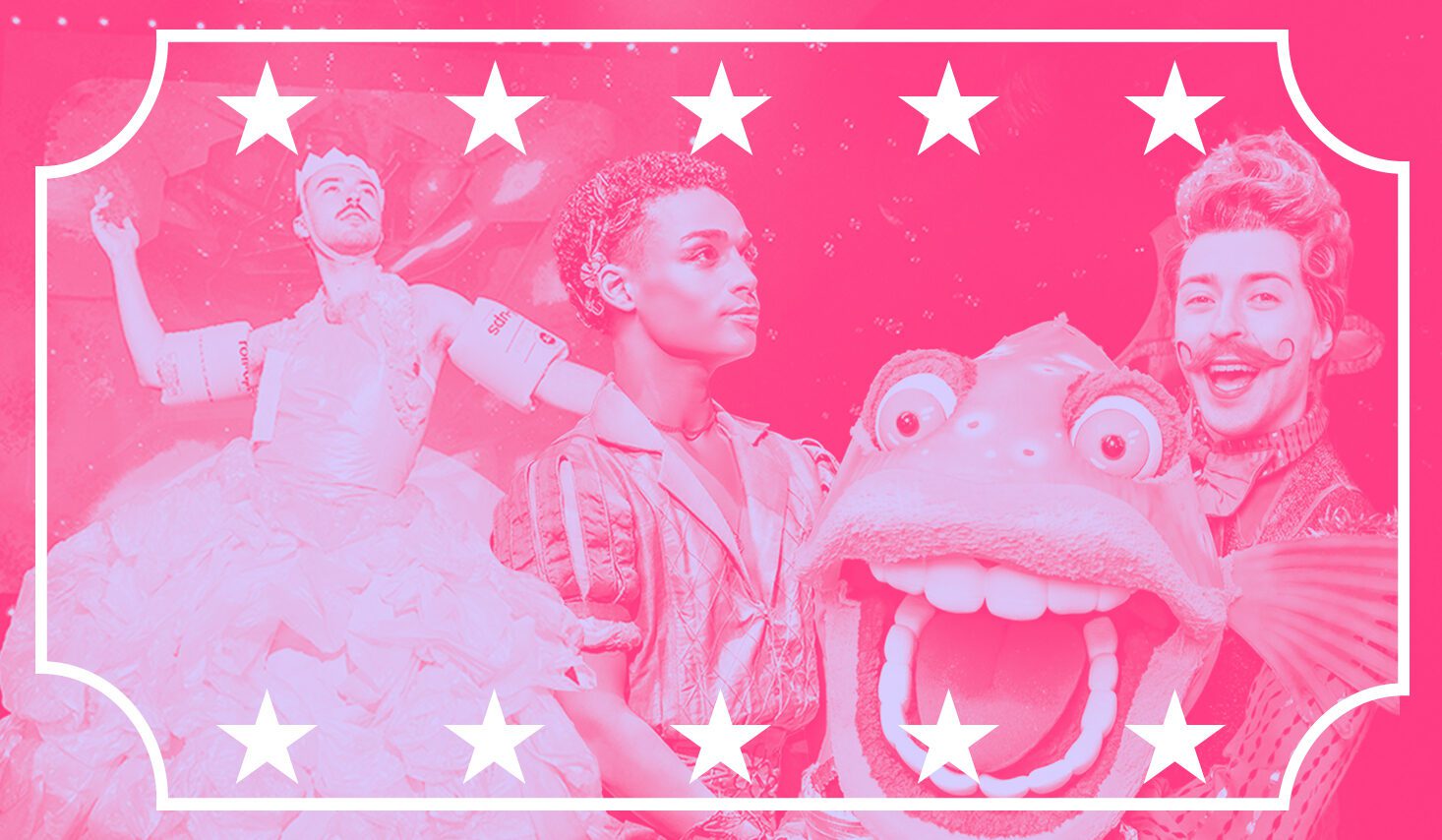 Since the Theatre Royal opened in 1663 on Drury Lane, London’s West End has been home to some of the most influential and career defining shows to ever be produced. From The Lion King to Matilda, Les Miserables to Phantom of the Opera, the West End has entertained millions of theatre dwellers for nearly 450 years.

But now, in 2022 after arguably the hardest two years for the industry, LGBTQ+ stories are flourishing. Rising from the tumultuous closures are stories and actors that are showing just how powerful LGBTQ+ storytelling can be. Shows such as Death Drop Play starring RuPaul’s Drag Race alum Jujubee and Kitty Scott-Clauss, Cock and its leading man Jonathan Bailey, the Max Martin meets Shakespeare jukebox musical &Juliet, the stage adaptation of 90s coming of age classic But I’m A Cheerleader, and many more are taking the capital by storm with sell out performances night after night.

TV and film can too often still feel like it’s stuck in a loop of clumsy casting and LGBTQ+ tropes that fall foolishly flat, but the world of theatre is showing just how diverse and non-performative casting can be done – especially when it comes to LGBTQ+ stories, characters and performers outside of just white gay men.

Paul Taylor-Mills, Artistic Director of The Other Palace Theatre and The Turbine Theatre at The Battersea Power Station, whose credits include Rob Madge’s My Son’s A Queer, Hair and Heathers The Musical shares just how important theatre is for LGBTQ+ people. “We’ve seen queer stories on stage for many years, but until recently most of these stories have been that of gay men,” Paul tells us. “It’s been thrilling to see a shift over the last few years in that we’re beginning to see a complete mixture of stories that represent the variety of sexualities and indeed genders that make up the world we live in. The world is learning, as are all of us and it’s important that we use theatre like a mirror to the world we live in.” 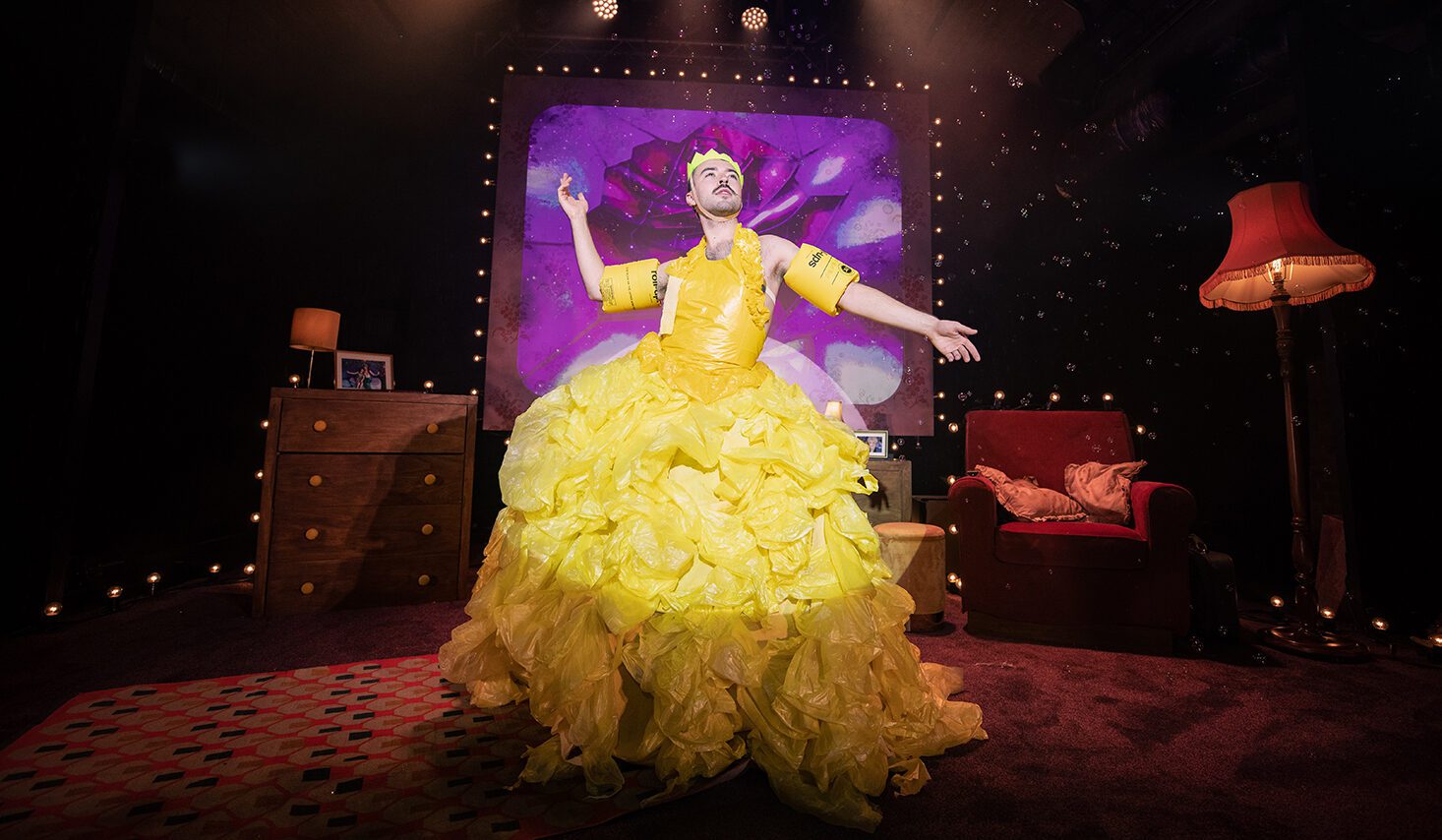 Paul worked with the newly-crowned WhatsOnStage winner Rob Madge on their debut show My Son’s A Queer (But What Can You Do?), inspired by their childhood videos of Disney parades they created in their childhood home. “I had time to look through my DM’s on Twitter and came across Rob’s idea to create a beautiful queer show about their childhood. This was a different story from that which I’d seen on stage before and was one that I thought the world needed to see. I’ve been so fortunate to be involved in some wonderful productions and I can say without a shadow of doubt that producing Rob’s show is one of the proudest moments of my career. I defy any person to not leave that show feeling like they now understand the importance of acceptance and humility a bit more.”

Speaking about the show’s award-winning run, Rob adds: “I was so chuffed that a queer piece of work was recognised, even more so that it was a queer piece of work about my family. They have always supported me be that in my profession, sexuality or gender identity and to win an award for what I felt was a love letter to them and to all families that raise their queer kids with love gave me huge pride.”

From their infamous TikTok videos of their childhood self exploring the brilliance of a DIY Disneyland, to being cast in the touring production of Bedknobs and Broomsticks, Rob is an example of an LGBTQ+ performer who thrives in their theatricality. “It makes my day when I hear from fellow trans, non-binary and queer performers – there’s a big community of us and we finally feel we can be open about it,” they say. “Queer performers and creatives alike are the backbone of our industry and I encourage people to see us not as some complication but as examples of how brilliant, exciting and inclusive our industry and humanity could be.” 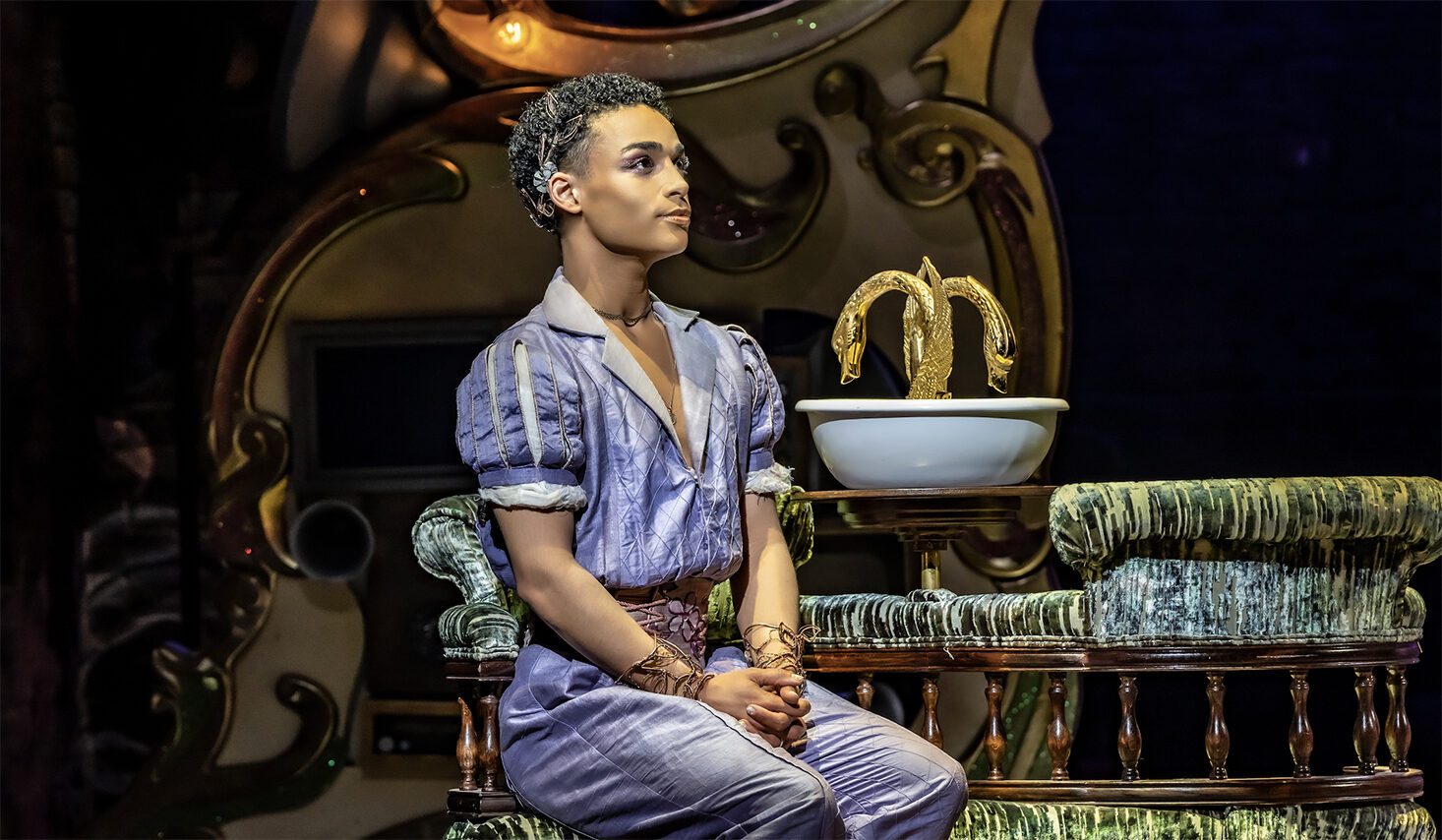 Madge’s comments come as an important reminder that trans and non-binary performers make up such a large part of the theatre community, and honoring their lives and experiences on stage is vital.

Last year, Sir Cameron Mackintosh, West End producer and good Judy of Andrew Lloyd Webber, claimed “You can’t implant something that is not inherently there in the story or character” on the subject of adding trans characters into ‘classic’ stories such as Mary Poppins or Les Miserables.

Despite his exhausting lack of imagination or will to break new ground, trans performers in the West End are moving towards great stardom – as Alex Thomas-Smith and Allie Daniel highlight.

Alex, currently known for their show-stopping turn as May in &Juliet, is surprised by the progress that has been made in the West End in recent years when it comes to gender non-conforming performers and the role they are being considered for. “Ten years ago, I don’t think we would have seen an openly gender non conforming role in a West End Musical, with not only their storyline being in the spotlight but with a happy ending,” Alex tells us.

“I’m also now in audition rooms and meetings for female presenting roles, something I never thought possible. So yeah, I would say 50 per cent thriving and 50 per cent demanding change for the people who come after me, so they have every opportunity they deserve and more.”

For the next generation, Alex has some words of encouragement to those wanting to pursue a career in their footsteps. “It took working on a few shows before I found myself in a place where I realised, the person who I truly am is the most important, the most authentic and the most believable. And when it comes to storytelling, isn’t that the key?”

Allie Daniel is ready to tread the boards in the upcoming production of Legally Blonde at the Regent’s Open Air Theatre, as well as being a part of the upcoming show Happy Meal from writer extraordinaire Tabby Lamb. For Allie, her experiences of community within theatre are made backstage as well as onstage.

“My most affirming moments have often been offstage,” Allie says. “Moments of connection and community. Processing all of the things that happen backstage with other women and femmes helping each other, taking photos to remember the venues. That’s been really affirming for me.” 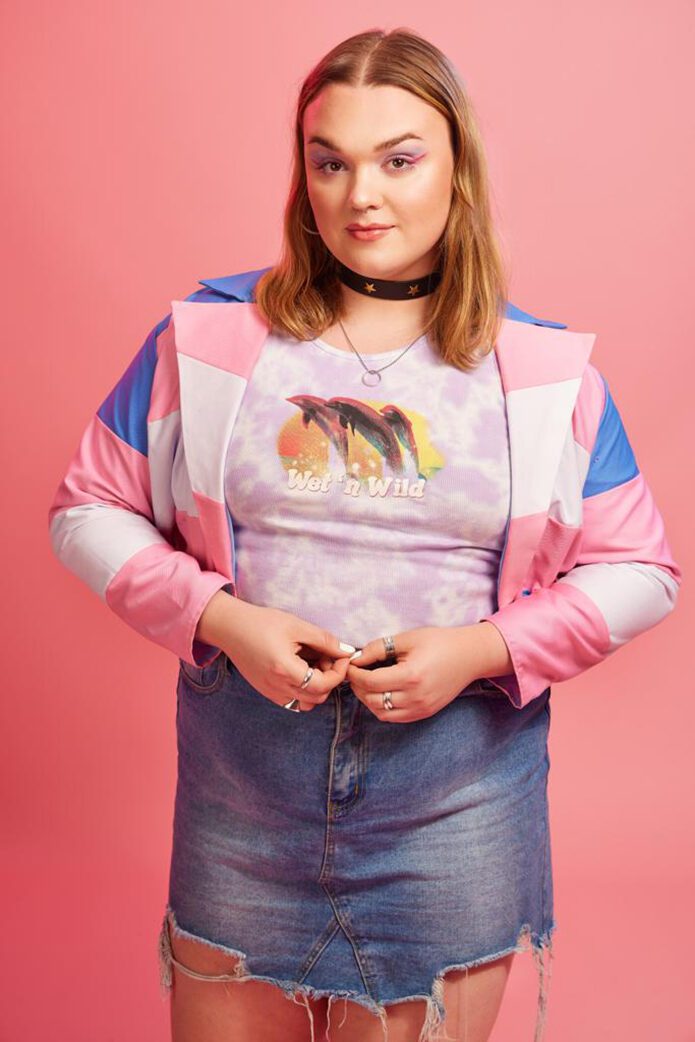 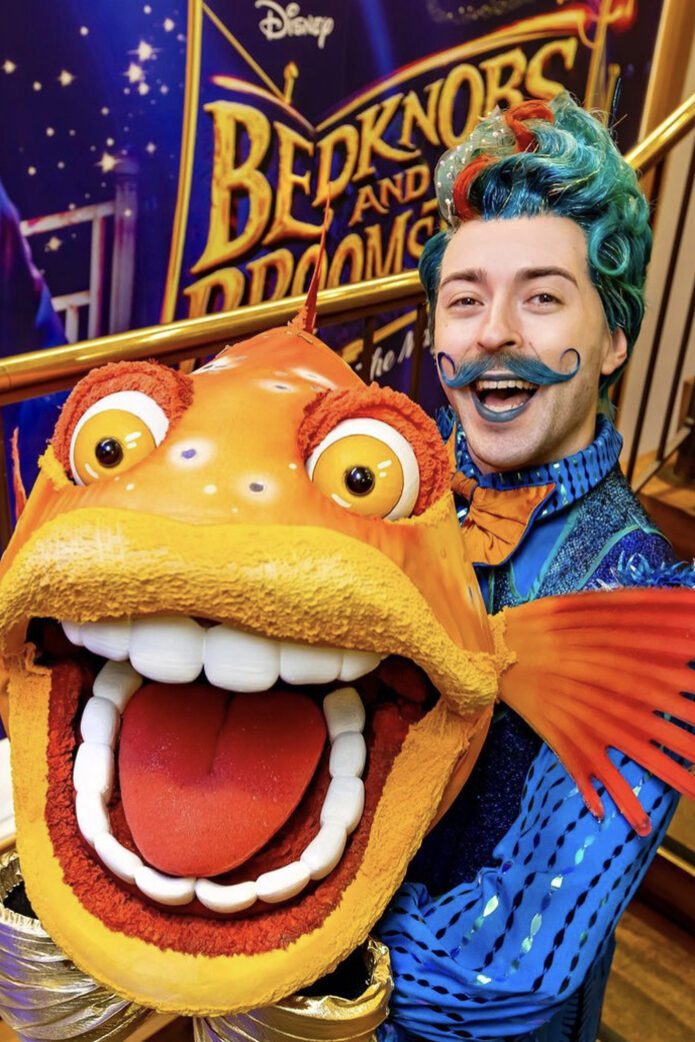 Allie adds: “Re-emerging from the pandemic, there’s definitely been a push to tell LGBTQ+ stories in the right way and in a more inclusive way. A way that brings trans people and queer people into the direction of the story telling. There’s a huge amount of work to do, and there are still things that aren’t being done that great but there’s good intentions.”

Her upcoming role as ensemble/cover Margot in Legally Blonde is one she describes as being enriched by the diverse casting.v“The most exciting thing about Legally Blonde is telling this story with this cast. It’s a wonderfully diverse cast, and what’s amazing is the different experiences of those from often marginalised identities, really enriches the story by them just being in the room.”

It’s not just the West End powerhouses that are producing heartstopping queer moments. From The Turbine Theatre to Wimbledon Theatre, to Hackney Showroom and beyond, LGBTQ+ stories, producers, directors, choreographers and singers are creating life changing moments for audiences every single day. Seeing your experience or seeing yourself represented in a leading role on stage is a magical experience everyone deserves to have. Great change is happening and even more needs to happen. In the meantime, if we have one piece of advice for you all, it’s to go and experience and support the spectacle and celebration of theatre and these diverse stories – its bums on seats that will ensure even more get told. 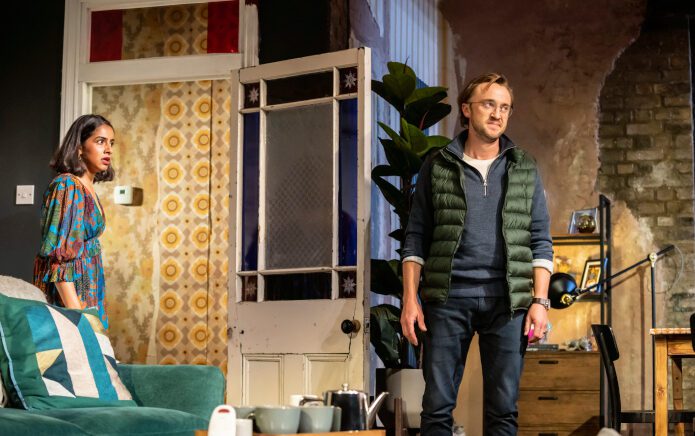 2:22 A Ghost Story is quite unlike anything on in the West End at the moment. Horror fans will delight; it's an absolute scream. 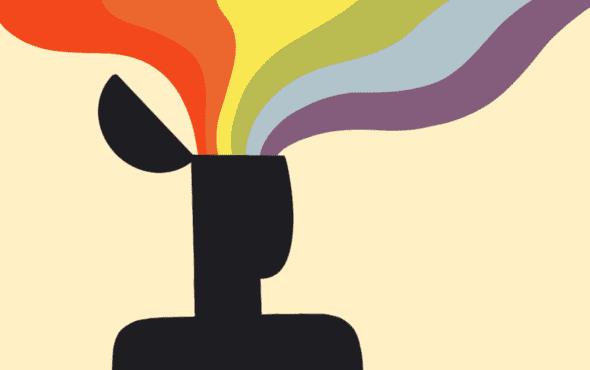 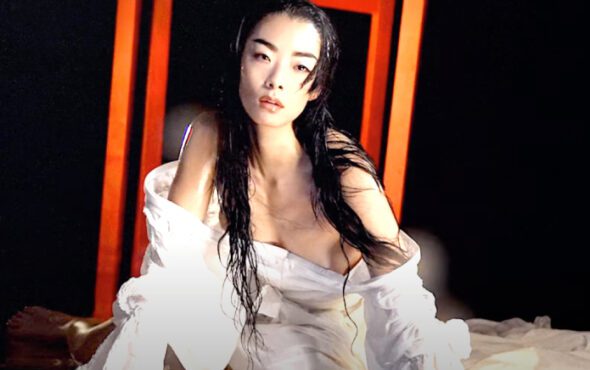 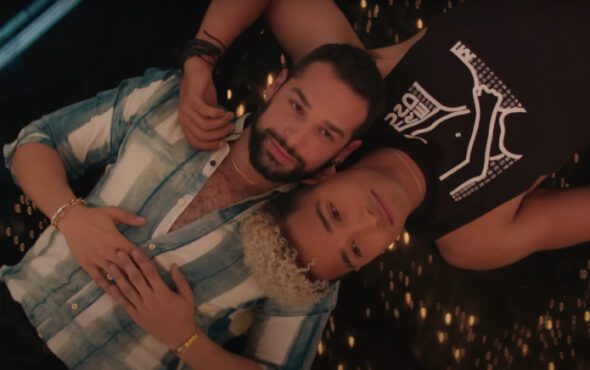