Meet TAAHLIAH: the DJ creating anthems for a new generation

TAAHLIAH is on the GAY TIMES radar as one to watch. We caught up with the star over Zoom to hear more about her genre-bending debut record. 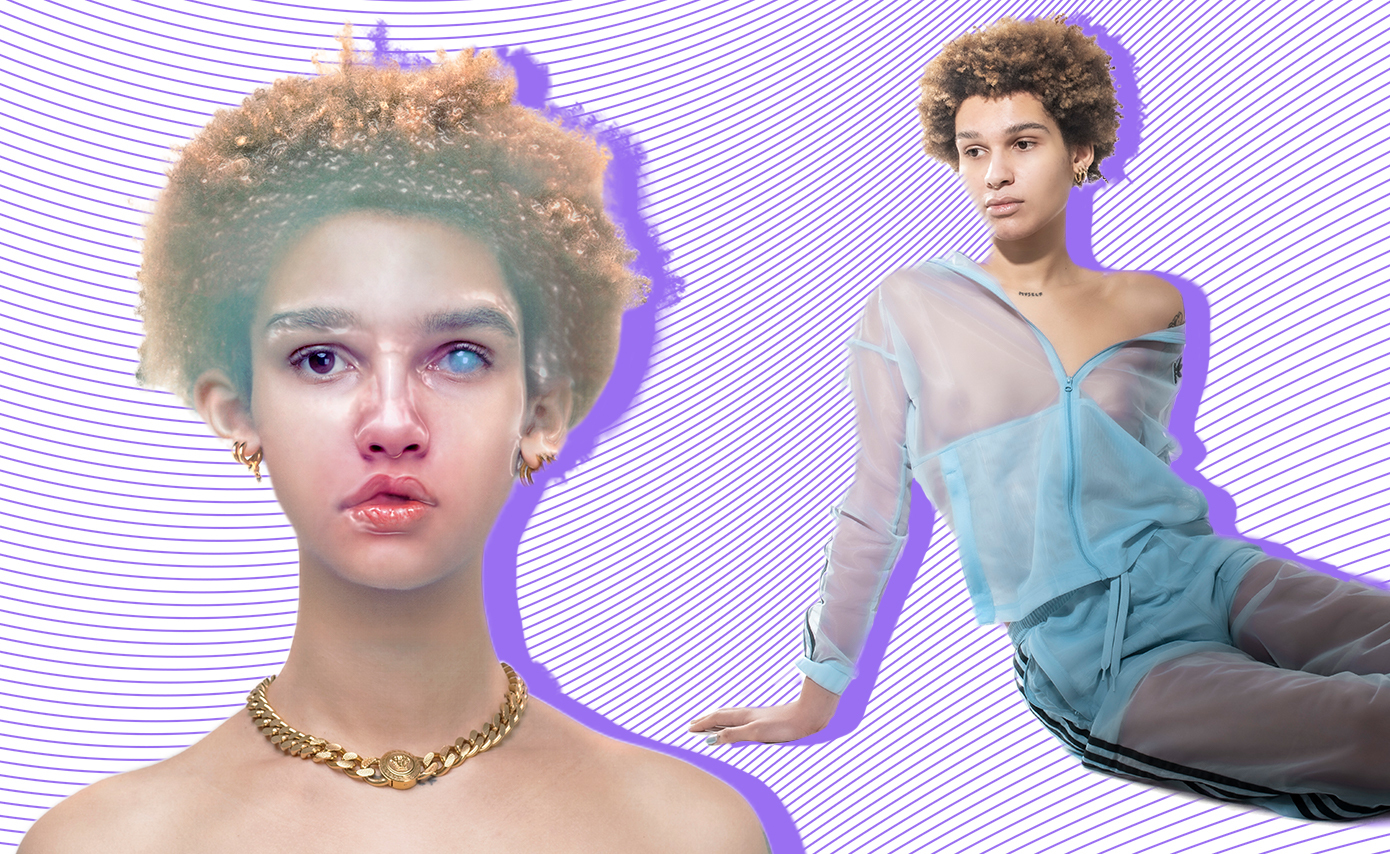 For TAAHLIAH, it’s all in the music. The Glasgow-based DJ and producer has risen through the underground queer scene to establish herself as a future-proof artist. In her debut EP, Angelica, the artist reckons with autobiographical tracks and raw talent to pull together a meld of genre-defying hits and unrestrained social critiques.

An unstoppable force, TAAHLIAH is on the GAY TIMES radar as one to watch. We caught up with the star over Zoom to hear more about her debut record and flourishing career.

How did you get involved in producing and remixing music?
When I moved to Glasgow, I was always listening to electronic music. I grew up on trance music because that’s what my dad would play. My first memories of electronic music were my dad playing music in the car. Growing up, I would listen to more eclectic artists online. I was always interested in the non-mainstream form of music and that translated into being a listener. When I moved to Glasgow, I started to I started DJing and that’s when I really started to get into music and the theory behind it which then led to me producing.

What does the ability to create genreless music mean to you?
I’m trying to implement a form of art that allows you to lose yourself and what’s happening around you. It’s like you’re entering a new reality in a new universe. It’s definitely a form of escapism. I’m thinking about world-building and creating this sonicscape for people to be able to lose themselves to. I think about the power of music as well as being able to create something that makes someone move like the idea of body and the body moving with sound.

As a trans Black woman, whenever I’m asked about music the association people have with my music is that it’s inherently political or is attributed to social justice. Whilst I’m trans and Black, that shouldn’t give the music a basis or a background for someone to pay attention to. The music should be able to speak for itself. There are these connotations with Blackness and transness. I’m always going to be tied to my identity, but I don’t want it to ever get to a point where I’m incessantly being labelled as one thing. I don’t want to put myself in a box. On the EP, there are songs about love, there’s a song about a breakup, not just about race or gender.

Have there been any artists that have influenced or inspired your musical style?
Sophie would definitely be one of them. My inspirations on that whole side are very eclectic. I don’t really want to give too much space to anything that’s not my own. I’m very conscious of the people that I listen to. I also think it’s very easy for a reader can put two and two together and it’s always this head-on head scenario and I don’t like that. I’m happy to talk about my influences, but I’m very reluctant to because I feel it will be seen as a competition or a challenge. I love Twigs, Sophie, Purity Ring, Beyonce, and Gaga and growing up in that realm of pop. I was encased in these realms of pop that I was really interested in that weren’t initially electronic.

I've always said, at the end of the day, if my community, whether that be queerness or transness or Blackness, are able to listen to the music and enjoy it, then I feel like that is my job done.

How do you want people to feel when they listen to your music?
I want people to feel excited. I want people to move to it and to take something from it. I’ve always said, at the end of the day, if my community, whether that be queerness or transness or Blackness, are able to listen to the music and enjoy it, then I feel like that is my job done. I’m really not interested in the consumerist aspect of the music industry and having to collaborate with the label side of things. I understand why that happens, but I’d rather artists seek me out for being in my sound. On the EP, collaborations we’re done through me getting in contact with people. It wasn’t the label putting any particular artists in touch with me because there’s no authenticity to it.

Brave is a powerful anthem and the first single you released. What led to the track being your first choice?
Brave was made during the start of the first lockdown. I made that with Sophie Thornton; a vocalist and songwriter that I’ve worked with on a few different tracks. It’s very much about coming to terms with being trans but it’s written in a love song kind of way and with an empowering vibe to it. Brave is not my best song by any means but was always going to be my debut song because it was the first song I felt really proud of. I’m really, really happy with it. I also wanted people who perhaps weren’t trans or don’t align themselves with queerness at all to try and get something out of the songs too.

In Tears you collaborate with singer-songwriter and producer Lady Neptune. What was that experience like?
The next one’s tears. I have known Lady Neptune for a while and that’s the first song that we collaborated on. I made a skeleton beat, sent it to her and she really liked it. The lyrics are so simple, but they also mean so much. When I produced Tears, I was going through quite an emotional time regarding a breakup and I hope you can hear it and the music, and it’s quite interesting to go through something in real-time and making a song about it. Lady Neptune is a fantastic producer and singer. I’m very happy to be able to collaborate with her.

You have written a song called bourgeois which seems to statements you have previously made about the appropriation of working-class culture. Can you explain the inspiration behind the song?
When I moved to Glasgow, a lot of people mistook me for being more financially privileged than I was, and it really annoys me to be quite honest, because everything that I’ve done, everything that I’ve worked for, I’ve done off my own back. It was disheartening for people to immediately label me as someone who’s privileged and things just come easy to which has never been the case. I made bourgeoisie about being working class and not being something that people think I am. The music that I make and DJ, all originates from working-class culture and has been appropriated by the upper-middle class. The sounds are attributed to those class brackets, which is really annoying. The original hyperpop and hardcore elements of those sonics come from working-class rave tunes, and it’s interesting to see how those have been appropriated in that kind of way. That’s what the bourgeoisie is about. It’s basically telling people that I’m not middle class.

What inspired the song Neve Lose ft. Spent?
I made Never Lose with a friend Spent and we had the beat sitting around for a while. A lot of our discussions were about navigating gender and non-binary identity. For me, it was to do with being trans and non-binary and finding the balance between being perceived as a trans woman, but also not wanting to follow the binary of that at all. So, we made this big, gender anthem. I wanted trans and non-binary people to listen to it and be like ‘Yes, this is it’ and, hopefully, that will come across.

Angelica is your debut EP. For you, as an artist, what was the central ethos of this project?
This whole project has been a complete love letter to myself. Every single song is attributed is a very specific experience in my life. Doing that in music, it’s able to hold such an authenticity. The listener, the fan or the audience, might not understand the specific experience that you went through, but they’re feeling and the emotion is still there. It’s nice to hear that people are resonating with that in some way. And again, it’s I can only make music about what I know. I hope that people are able to listen to it and to take something from it and take an honestly out of it. At the end of the day, as someone who is Black and trans, I don’t have any room to be subpar or any room to kind of be mediocre in anything. It needs to be fantastic for people to even pay a little bit of attention. I hope that it’s fantastic and hopefully other people are able to see it like that. 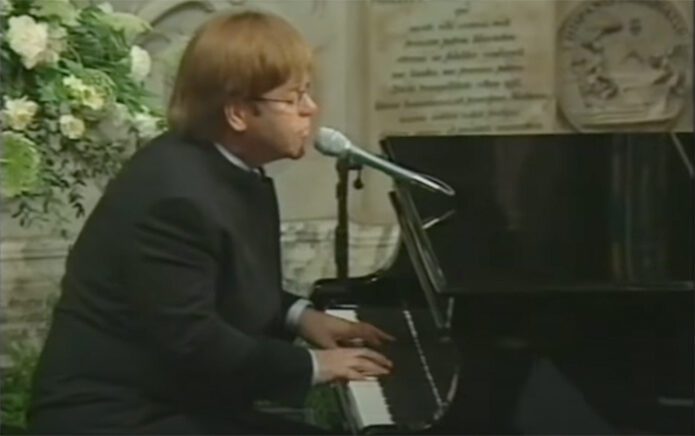 Newly released papers have revealed that the members of the Palace were opposed to Elton John performing at Princess Diana’s funeral.