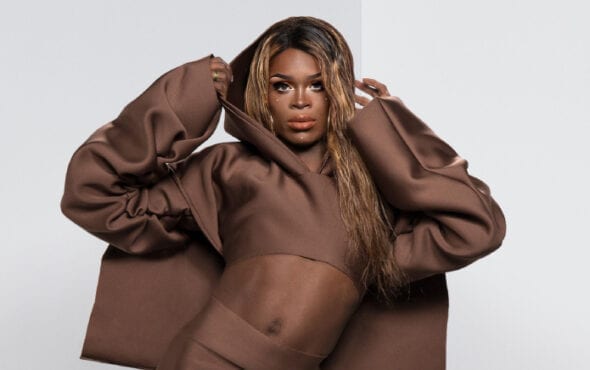 The London-based dancer, who boasts performances for legendary artists such as Little Mix, Kanye West and Pussycat Dolls in her repertoire, wants to gag viewers as the franchise’s “first real dancing queen”.

In our recent digital cover interview with the entire cast, Asttina teased what we can expect from her when she sashays into the werkroom next week for the show’s long-awaited sophomore season.

“You might see me do a two-step on the on the stage, who knows? I think everyone’s very excited to see a true performer and dancer, an actual entertainer on the stage,” she revealed.

“This might be a bit shady, but a lot of people claim to be a certain thing and then when they are on the stage, they’re not. So in however many seasons, I’m probably the first real dancing queen.”

When we enquired about the lip-sync showdowns on season two, Asttina said audiences are “in for a treat” because “there’s some amazing lip-syncers,” before adding: “But I’m the best, obviously.”