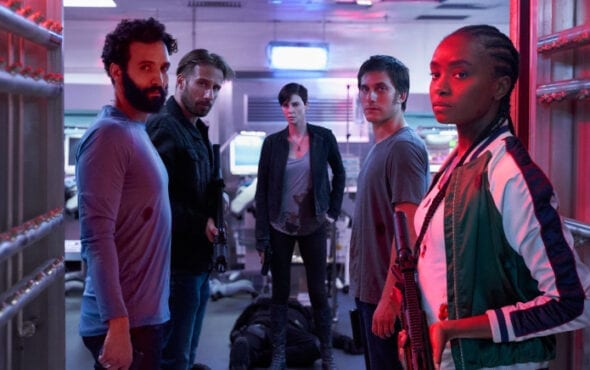 A script is done for the sequel to The Old Guard, according to Charlize Theron.

Speaking with Variety, the Academy Award-winning actress confirmed the follow-up to Netflix’s 2020 blockbuster is in the works and the film’s gay power couple, played by Marwan Kenzari and Luca Marinelli, will also return. “Oh, yeah!” said Theron. “They’re definitely there.”

Directed by Gina Prince-Bythewood, The Old Guard focuses on a squad of centuries-old immortals and mercenaries – led by a hardened warrior called Andy (Theron) – with regenerative healing abilities, who use their skills to save civilians and stop the world erupting into chaos etc.

The team’s mission is thrown off balance with the awakening of the first new immortal in centuries, US marine Nile Freeman (Kiki Layne), and the emergence of a new threat (Harry Melling aka Dudley Dursley) seeking to replicate and monetize their power.

The action-packed adventure received widespread critical acclaim for Theron’s leading performance and the groundbreaking same-sex storyline between Kenzari and Marinelli’s characters, Joe and Nicky, due to the significant lack of LGBTQ+ representation in the action genre.

Following the release of the film, which was viewed in 78 million households in its first four weeks of the release, the stars revealed where they want to see their fan-favourite characters in the sequel in an interview with GAY TIMES. “Always together,” said Marinelli, to which Aladdin star Kenzari responded: “I’m as curious as you are, in terms of what the graphic novel brings.

“I would be happy in any way, I guess, but I would be interested in seeing their relationship as it started, to have a little flashback and go back in time.

“At the same time, I would like to see what would happen if they lose each other. But then again, the story is so profound and so well made, that I’m very curious to find out what happens next.” Marinelli added: “I will be ready!

“I will be ready next week. I think it will be a fantastic opportunity to go deep and study more of this story and these characters.”

The Old Guard is now available to stream on Netflix.