The Old Guard stars on their groundbreaking gay romance 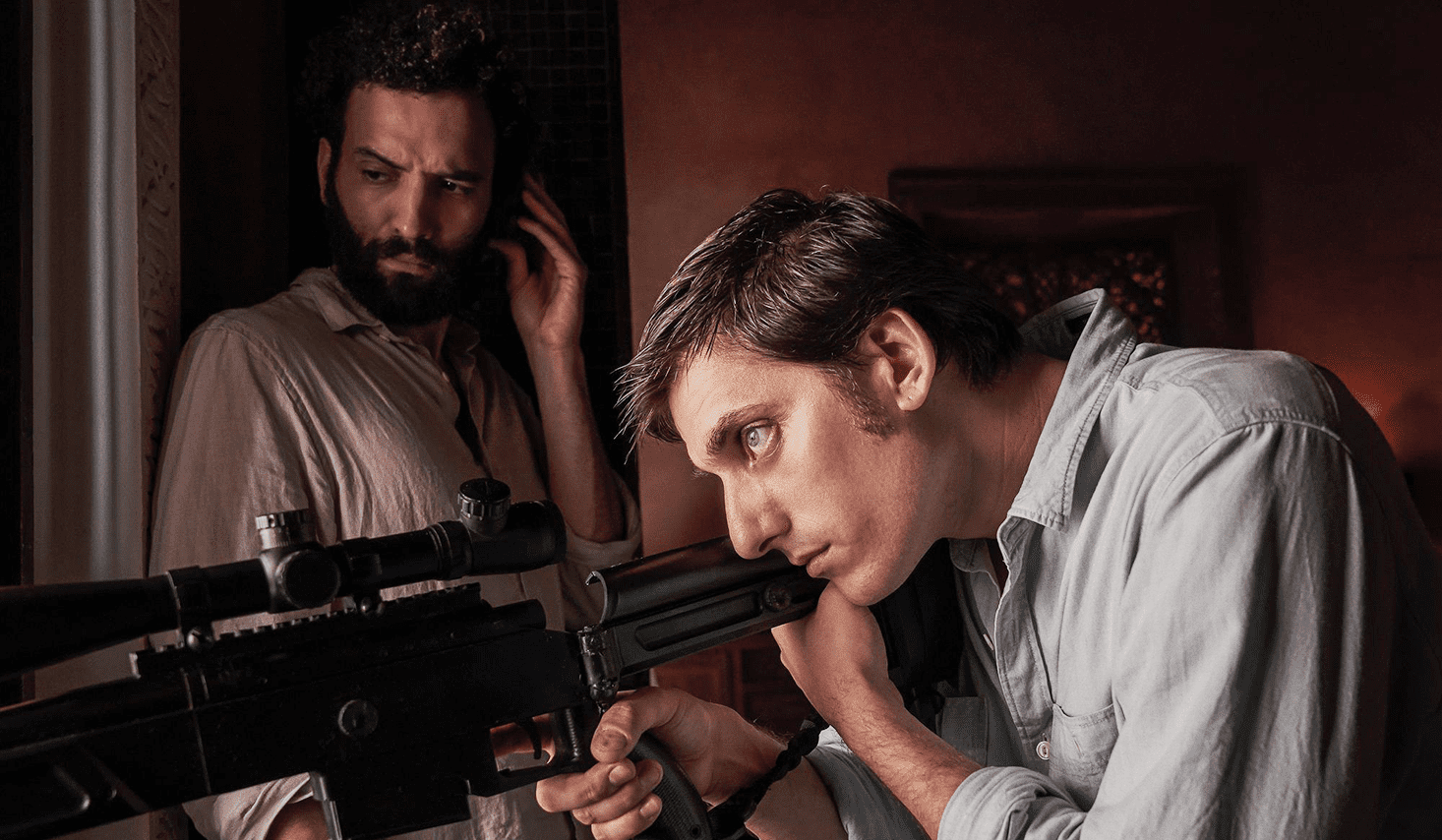 QUESTION: how many mainstream blockbusters have you seen with two leading LGBTQ+ characters, let alone one? We’ll leave you to think on that for one second, because one second is all the time you’ll need. See? You’re done. Over the past decade, we’ve written article after article (too many to count, honestly) about mainstream films with headlines that include hopeful phrases about representation such as ‘to finally provide an LGBTQ+ character’ or ‘first ever gay character in…’ and 99.9% of the time, they fail to deliver. Beauty and the Beast, Avengers: Endgame and Onward are just three recent-ish examples. Well, it’s 2020 and we finally have a major blockbuster with major A-List actors that includes major queer characters that aren’t shoehorned in to fill an LGBTQ+ quota: The Old Guard.

Released last Friday on Netflix to critical acclaim, the film focuses on a squad of centuries-old immortals and mercenaries – led by a hardened warrior called Andy (Charlize Theron) – with regenerative healing abilities, who use their skills to save civilians and stop the world erupting into chaos etc. The team’s mission is thrown off balance with the awakening of the first new immortal in centuries (Kiki Layne), and the emergence of a new threat (Harry Melling aka Dudley Dursley) seeking to replicate and monetize their power. While the focus is absolutely on Charlize – as it bloody well should be, because it’s Charlize Theron – the film has received widespread praise for the characters of Joe (Marwan Kenzari) and Nicky (Luca Marinelli).

As immortals, Joe and Nicky have been in a relationship for – wait for it – centuries. Usually, characters in action flicks like this will receive one minuscule moment alluding to their romance and it’ll never be mentioned again; so imagine our surprise when Joe and Nicky share a passionate kiss after the former defends their love to an army of heteronormative, strait-laced SWAT soldiers. “As an actor, you wanna do stuff that is original and authentic and in this case, I’d personally never seen anything like it before”, Marwan tells GAY TIMES, to which Luca adds: “I’m very proud of this opportunity to play this role and to be Nicky, to play with Marwan and to deliver this fantastic story of love. It’s such a powerful love.”

We caught up with Marwan and Luca to discuss Netflix’s groundbreaking new blockbuster, how they delivered one of the most authentic queer love stories in recent memory and where they want to see the characters of Joe and Nicky in a potential sequel. (The Old Guard is number one in practically every country right now, so yeah, a sequel is a given at this point.) 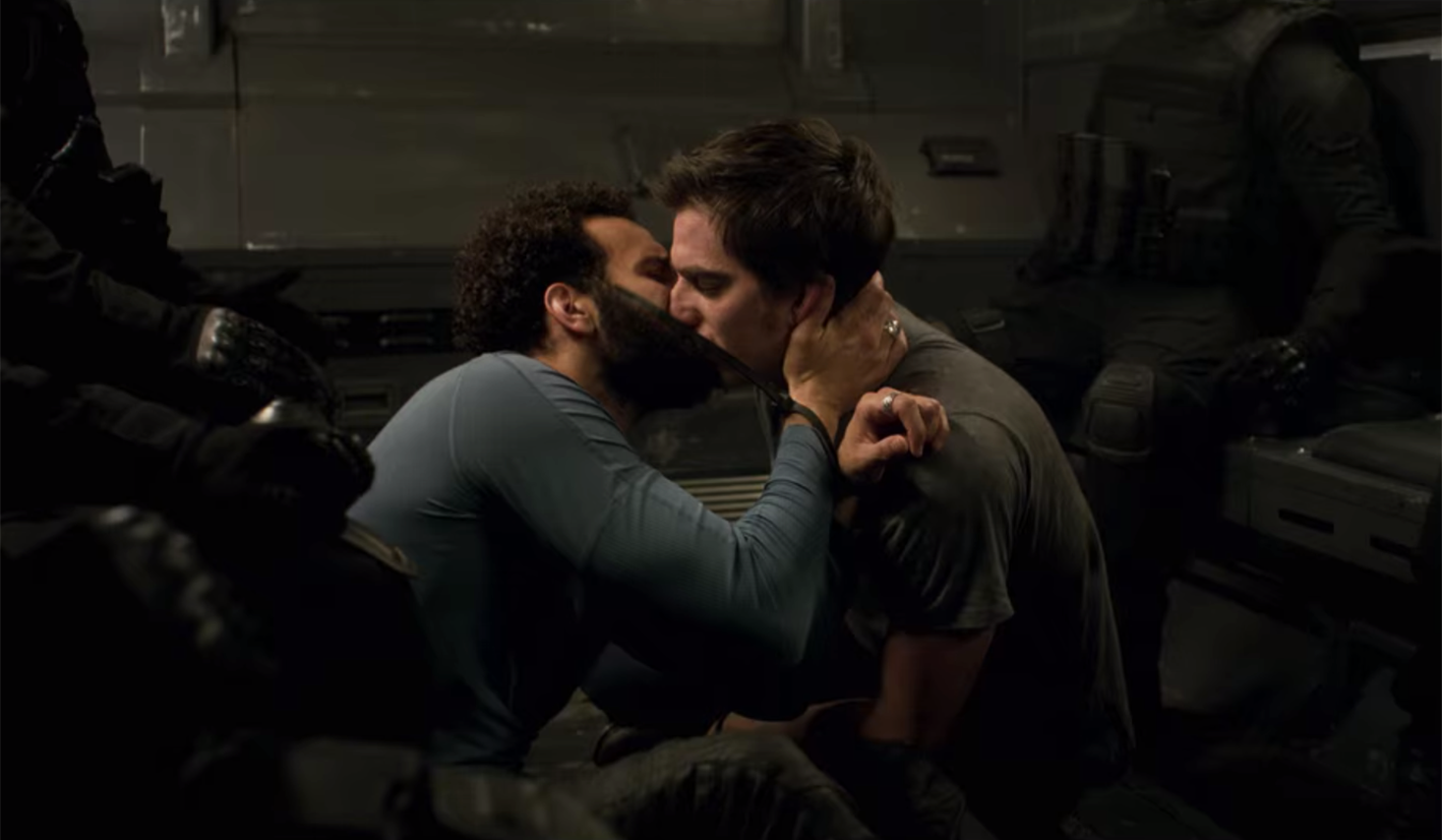 From left: Marwan Kenzari and Luca Marinelli in The Old Guard

What drew you both to The Old Guard?

Marwan: The world, the characters and the way the story unfolds. After that, it was the cast that was involved and the great team behind it, and the fact that it was Netflix on board. It was all of these ingredients together.

Luca: The story is incredible. I remember when I first read the script. I felt a whirlwind of emotions coming through me, you know? It is not only an action movie, it’s full of themes and there’s so many things to be said. I really loved it. And of course, the cast. I was dreaming and dreaming of doing scenes with these actors. I learnt so much working with them.

Marwan: It was a lot of fun. We laughed a lot. I think Matthias [Schoenaerts] is an amazing actor, Charlize is an amazing actress and Kiki is so much fun to be around, she’s very magnetic on-screen. Me and Luca are also a great team and then you have the amazingly talented Chiwetel [Ejiofor], who is a lot of fun to talk to. All of these professional people, on and off screen, made us look as good as possible. We had the graphic novel as our core story and it was just a lot of fun.

What was it like for you both, stepping into characters who are centuries old warriors?

Luca: He is quite old, almost 1,000! The first question was, ‘How could you be with someone else after 900 years?’ That was a big question in my mind and the answer to that is the monologue. The other big thing was immortality. How could you have no end? That’s quite tricky. To go into a character like this, you need a fantastic script, costumes, hair and makeup and all of these things to create this character.

Marwan: Obviously, there’s a very important scene in the middle of the movie where he professes his love for Nicky, and I consider that to be the heart of Joe’s character. That was really important. Apart from that, there is this one character in Good Will Hunting, one of the boys in the group, who is sort of there and he might not be as present as certain others, but he’s very loyal and passionate about his friends. I think of Joe like that, a loyal friend and team member.

This is one of the only action blockbusters in history to feature two leading LGBTQ+ characters – how does it feel to be a part of that?

Luca: I’m very proud of this opportunity to play this role and to be Nicky, to play with Marwan and to deliver this fantastic story of love. It’s such a powerful love.

Marwan: I’m proud of it. As an actor, you wanna do stuff that is original and authentic and in this case, I’d personally never seen anything like it before. That might just be my lack of knowledge with movies! Of course, there are these movies that I consider to be fantastic LGBTQ+ movies like Brokeback Mountain or Philadelphia, where you can see these people express their love for each other. In this case, I thought it was an amazing combination to have characters like this that have great fight sequences and are able to break someone’s arm! I was really proud of it. If you can inspire someone to always express themselves in moments of vulnerability or moments of love, then that would be great – without getting in trouble obviously. I’m proud of the character and I’m proud of that scene. 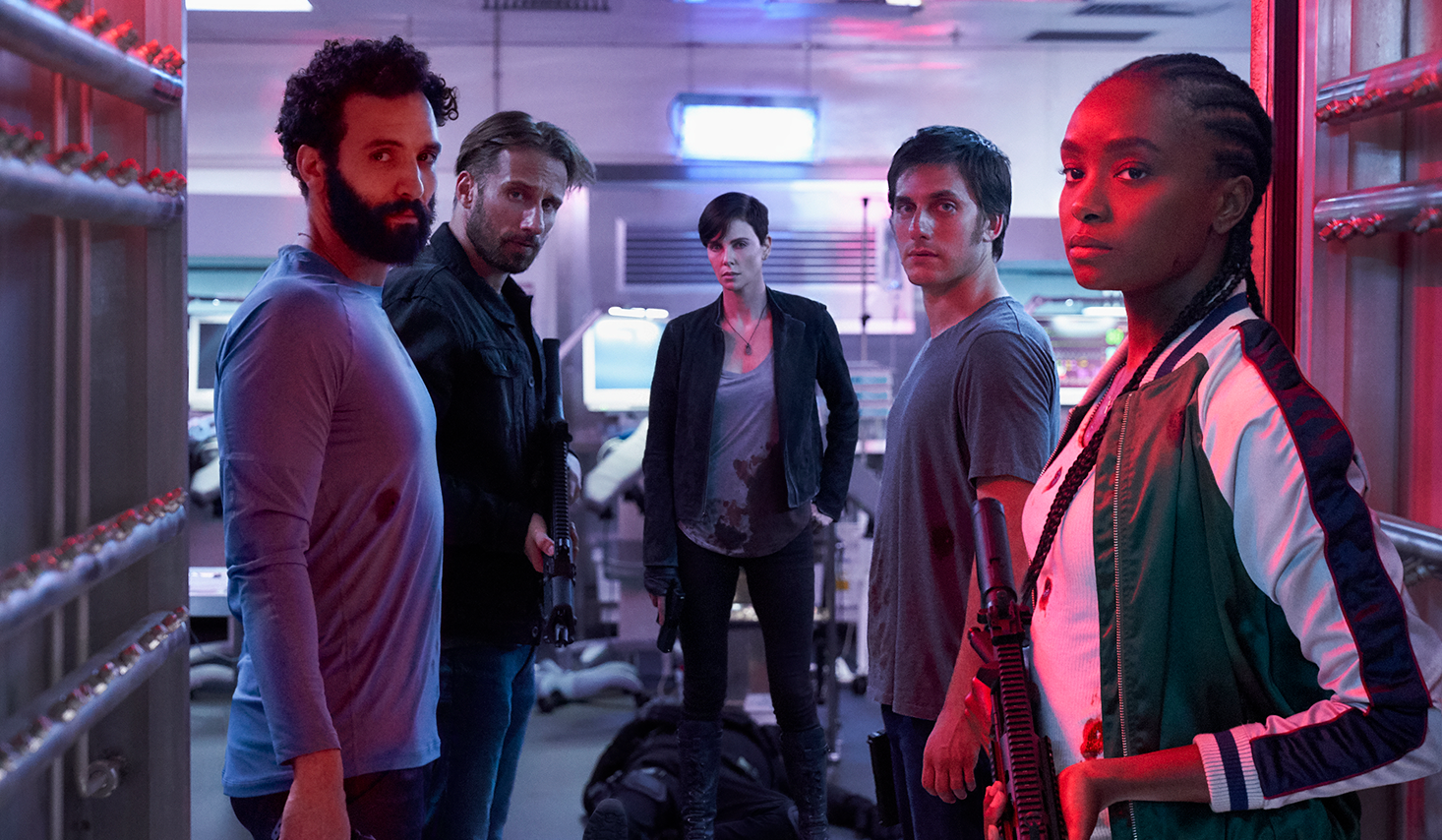 That scene between them both is arguably the most powerful moment in the film – how did you both ensure that their romance came across as authentically as possible?

Marwan: As you can see the scene unfold, they are obviously extremely skilled in fighting, so I like to see them as these wise creatures who have been around for so many years. In their eyes, the soldiers are very young and very ignorant. In terms of the actual moment itself, it’s feeling sorry for someone who is not open yet to love. That is what he’s trying to tell him. He’s trying to tell him, ‘You don’t even know what he’s talking about. This man means all this to me, and you can only wish to have that in life,’ whether that’s a heterosexual, homosexual or bisexual relationship, whatever. You and I, we will be lucky people if we can have someone say all those things about us. It would be a special thing, to have those feelings for another human being. For me, it was the most important moment for the character. It tells every bit. I’m really proud of it.

Luca: It was extremely well written, that monologue. Everything was there. I would love if my wife would one day tell me that! I was so lucky because I was playing with Marwan and his soul shines. He is an incredible man and an incredible actor. For me, that scene was really easy. I was just there, sitting down and watching Marwan in the eyes, glowing with this feeling.

Marwan: The thing that supports and brings gravitas or a certain amount of profoundness to their story is that they are that old. The development of their love is something that we can’t understand yet, since you and I will never become 900 years old! Joe and Nicky, they started as enemies, and then they found each other. They have a spiritual, physical, psychological and emotional relationship, so we really tried to focus on what it would be like to be in love for someone for more than 900 years. I guess that’s why it’s not a thin moment. It’s multi-layered, if I may say so.

Where would you both like to see Joe and Nicky in a sequel?

Marwan: I’m as curious as you are, in terms of what the graphic novel brings. I would be happy in any way, I guess, but I would be interested in seeing their relationship as it started, to have a little flashback and go back in time. At the same time, I would like to see what would happen if they lose each other. But then again, the story is so profound and so well made, that I’m very curious to find out what happens next.

Luca: I will be ready! I will be ready next week. I think it will be a fantastic opportunity to go deep and study more of this story and these characters.

The Old Guard is now streaming worldwide on Netflix. 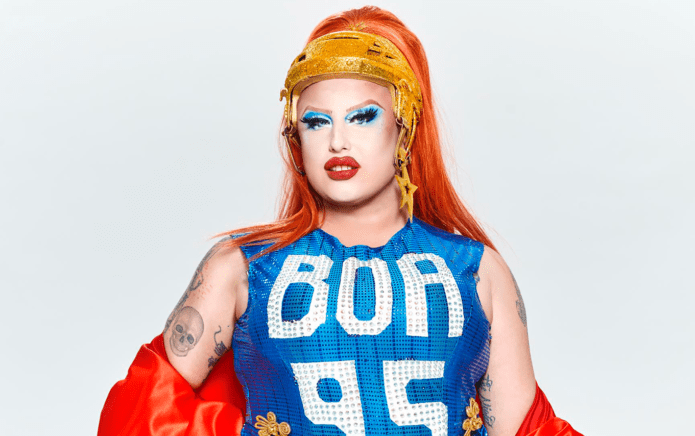 BOA may have not reached the top on Canada's Drag Race like she - or we - envisioned, but she did prove that she's not like the udder queens. 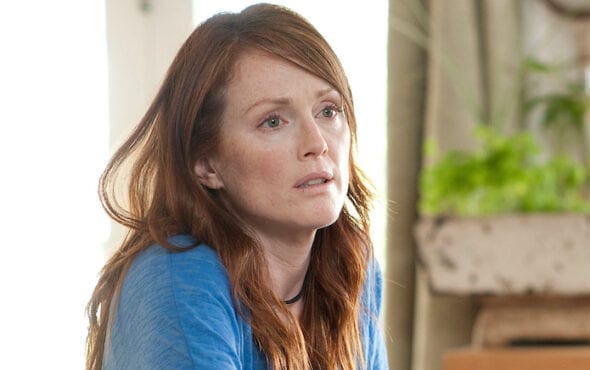 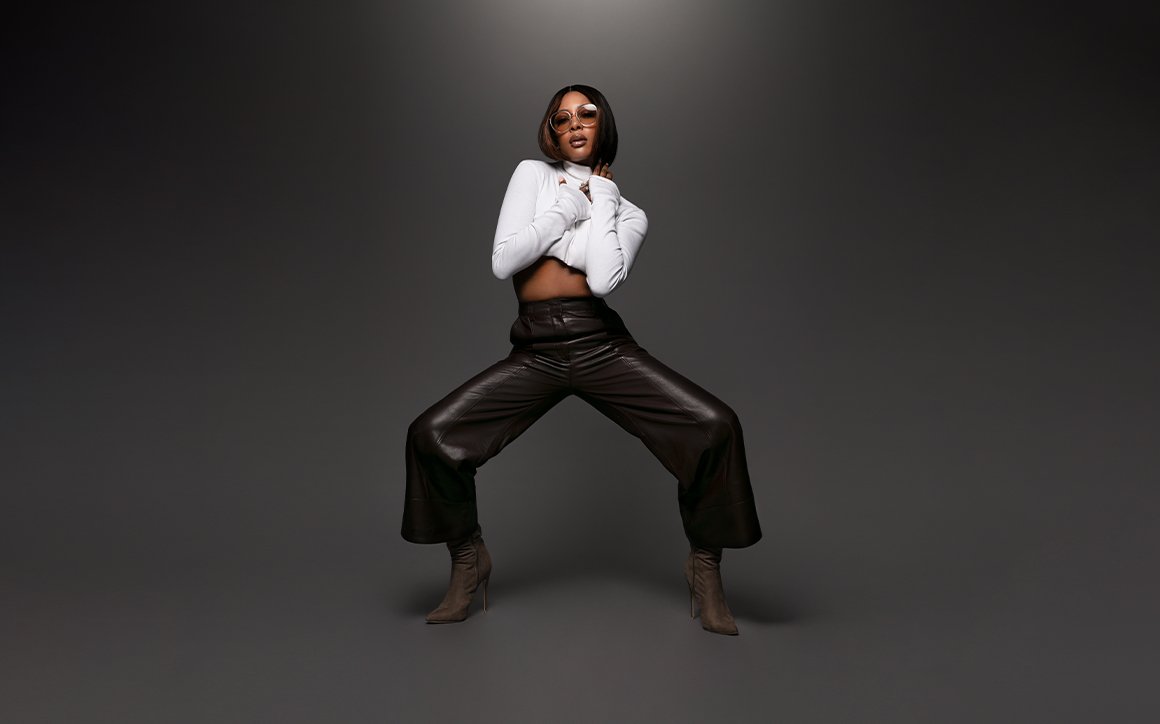 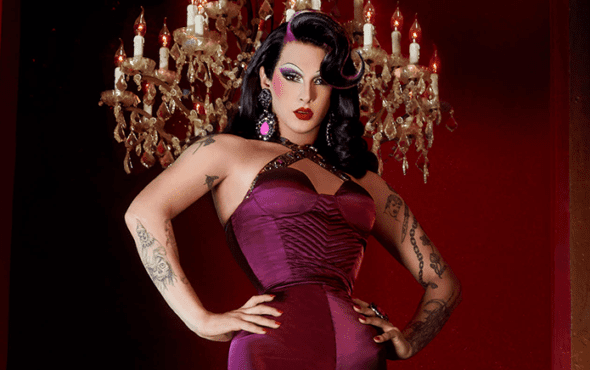