As the girl group release their new album Confetti, their star continues to burn bright. 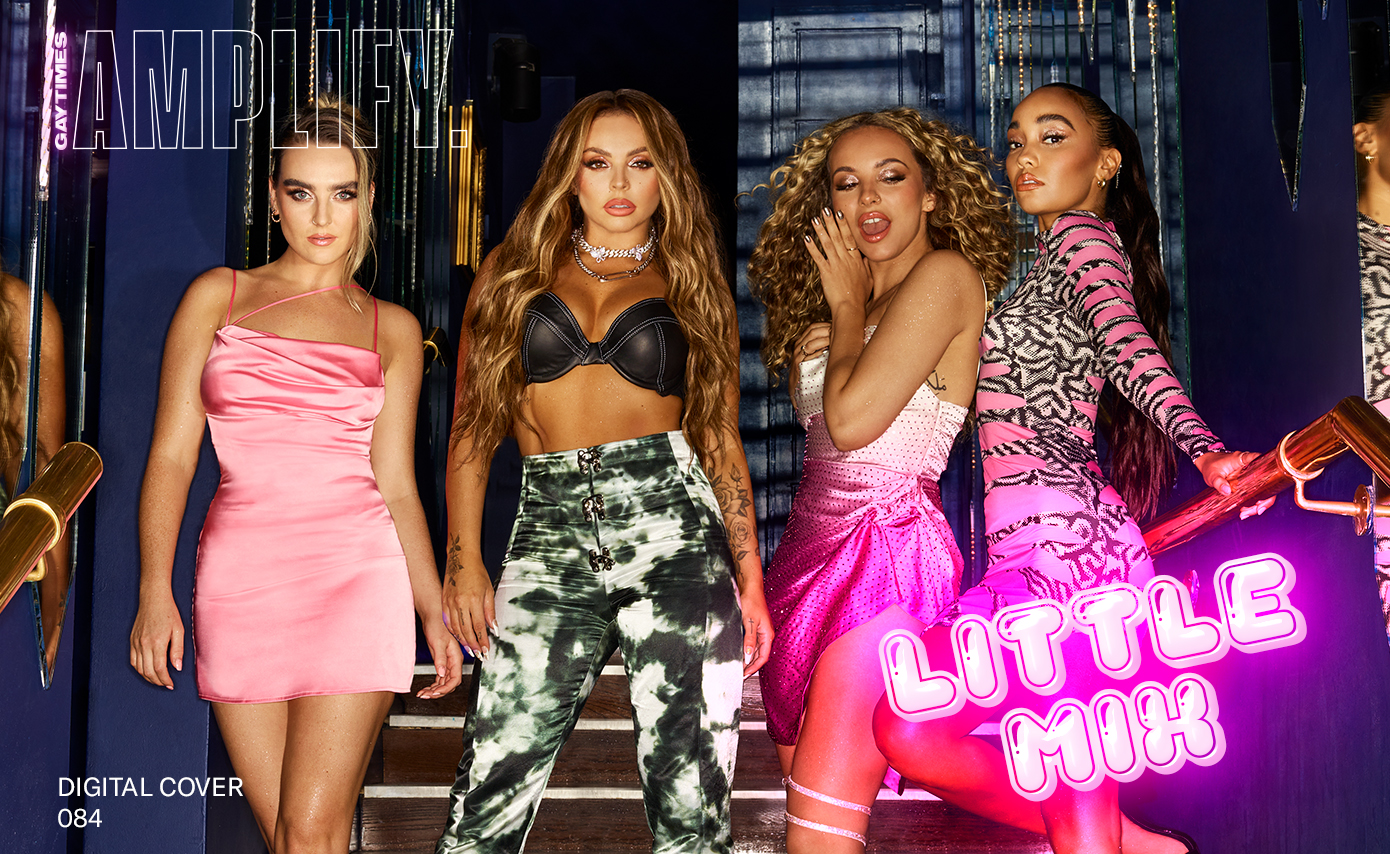 “Nobody can tell us anything now,” says Little Mix’s Jade Thirlwall, sitting on the floor of her bedroom dressed in a bright orange hoodie. “Before when we’d walk into writing sessions, we’d get really nervous about new people, and be like, ‘I hope you think we’re good enough.’ Whereas now I’ll walk into a writing session and be like, ‘I’m in the biggest girl band in the world. I don’t need to worry when I walk in this room.’”

Little Mix have always been polite about their achievements, and despite their position as one of the biggest female pop groups to come out of the UK, Jade admits that they are still relatively humble about their success. “This sounds pretty stupid, but sometimes I even get embarrassed by that fact that in my flat I’ve got a wall of all my plaques that we’ve got over the years,” she says. “I’ve got quite a small flat so there’s not really anywhere else to put them. But then, when I have new guests come into the flat and they go to the toilet they have to pass that hall. It’s kinda like a Hall of Fame, and I feel so egotistical that to get to the toilet you have to walk through all of my achievements! But then after showing people they were like, ‘Absolutely not – you should show everyone what you’ve achieved and be proud of that. You should never feel embarrassed of how successful you are.’”

With their sixth studio album Confetti about to be unleashed, Jade will have to find more space on that wall soon. This album encapsulates everything that we’ve come to love and expect from Little Mix; huge, bouncy pop anthems with empowering lyrics and luscious vocals. New single Sweet Melody is a firecracker of a song, bursting with intent and chewy hooks with sharp lyrics like “he would lie, he would cheat over syncopated beats”. It has already given Little Mix their 16th Top 10 hit in the UK. From the mammoth chorus on album track Gloves Up, to the infectious 80s production on Breakup Song, make no mistake that Little Mix are embracing their status as titans of British pop. “We haven’t put ourselves under pressure with it,” says Leigh-Anne Pinnock. “I feel like it happened very naturally. It’s come together really well. It was a very different process than what we were used to. I think our fans just want to feel uplifted and happy.”

Confetti was pretty much finished before the UK was placed under the first national lockdown back in March, but there were still little tweaks left to be made for a couple of the songs. As soon as restrictions were eased, each of the girls had to head back into the studio individually to add those finishing touches. Usually at this stage for their previous five albums, they would have all gotten together in a room, listened to everything and made notes on any additions that needed to be made, as well as decided on the track list. But due to the pandemic, that couldn’t happen this time. “It was a really weird process,” Perrie Edwards admits. “But we just wanted to get it done, because we just wanted to get it out. We were so ready for everyone to hear it and the fans are gagging for it.”

After the year we’ve all had, Perrie’s right: a new Little Mix album couldn’t come soon enough. Little Mix have never sounded as free as they do on Confetti. It’s unashamedly pop and hears a girl group confident to embrace that to the fullest extent without feeling the need to make a statement in every song. “With LM5 it was very Girl Power,” says Jesy Nelson. “We were saying everything we wanted to ever say.  With this album, we just had fun and wrote songs that we liked and it came together. Obviously this one still has Girl Power anthems on there, but I’d say that it’s more eclectic.” Jade agrees, adding: “I think we’ve solidified what we are. Not every single song has to have this super deep meaning. People know what we’re about now and know what we stand for. I think LM5 was very much about solidifying that, whereas with this album it is just about writing brilliant pop songs that we love.”

Over the years, Little Mix have developed strong relationships with some of the UK’s finest songwriters – many of whom return for this outing. One in particular, who is one of the architects of hit single Sweet Melody, is British singer-songwriter MNEK. “He just gets us as a band,” says Jesy when I ask why MNEK’s songwriting is always such a great fit for a Little Mix anthem. “Like, he’s obviously worked with us from the very beginning, but he just knows what we want as a band. And he just gets it and he’s just a sick producer! He loves vocals and harmonies just as much as we do. So he’s kind of like a fifth member.”

On Confetti, however, we also hear Little Mix team up with Tayla Parx for the first time. Having written hits for the likes of Ariana Grande, Janelle Monae and Christina Aguilera, the US singer-songwriter finally managed to get into the studio with the group. “We wanted to work with her for a while, but as always with those big LA writers, sometimes it’s quite hard to get in there unless you know them already or know a friend of a friend,” explains Jade. But when the girls put the ask in, they found that Tayla was already keen to work with them too. “She’s so talented,” Jade adds. “She’s one of those people where you’ll go in the room, and she’s so little and cute and bubbly just be like, ‘Yeah, man, I got this idea.’ And then she’ll pull out a smash all ready!”

Despite the BRIT Award wins, sell-out tours, and multi-platinum albums, Little Mix’s focus has always been the fans. It’s why they’ve had such a devoted following for more than nine years who have helped them go from X Factor underdogs to an international pop sensation. If you’ve ever been to a Little Mix show, you’ll see the effect they and their music has on younger generations. I bring up a video that Jade recently shared on the main Little Mix Twitter account which saw a young boy dancing and singing along unabashedly to No More Sad Songs at one of their concerts. It’s the brightest 60 seconds of pure joy you can find on the internet. “That video with that little boy just makes my life,” says Perrie. “He’s living his best life with not a care in the world, just enjoying it, and that’s what it’s all about. That’s what Little Mix is about.”

Being allies to the LGBTQ+ community has never been a question for the group. They’ve marched in Pride parades, had LGBTQ+ representation in their music videos, and are vocal supporters of our community. Their concerts are an extension of that, offering a safe space to LGBTQ+ people to be who they are without fear of judgement. “Everyone just appreciates everyone and loves everyone for who they are,” says Leigh-Anne. “I think it’s so beautiful. Our fan base is just very beautiful. And like you say, it is a safe space. I think it’s so important for us. Even when we’re on stage, and we’re looking at the crowd, everyone’s just existing and being themselves.” 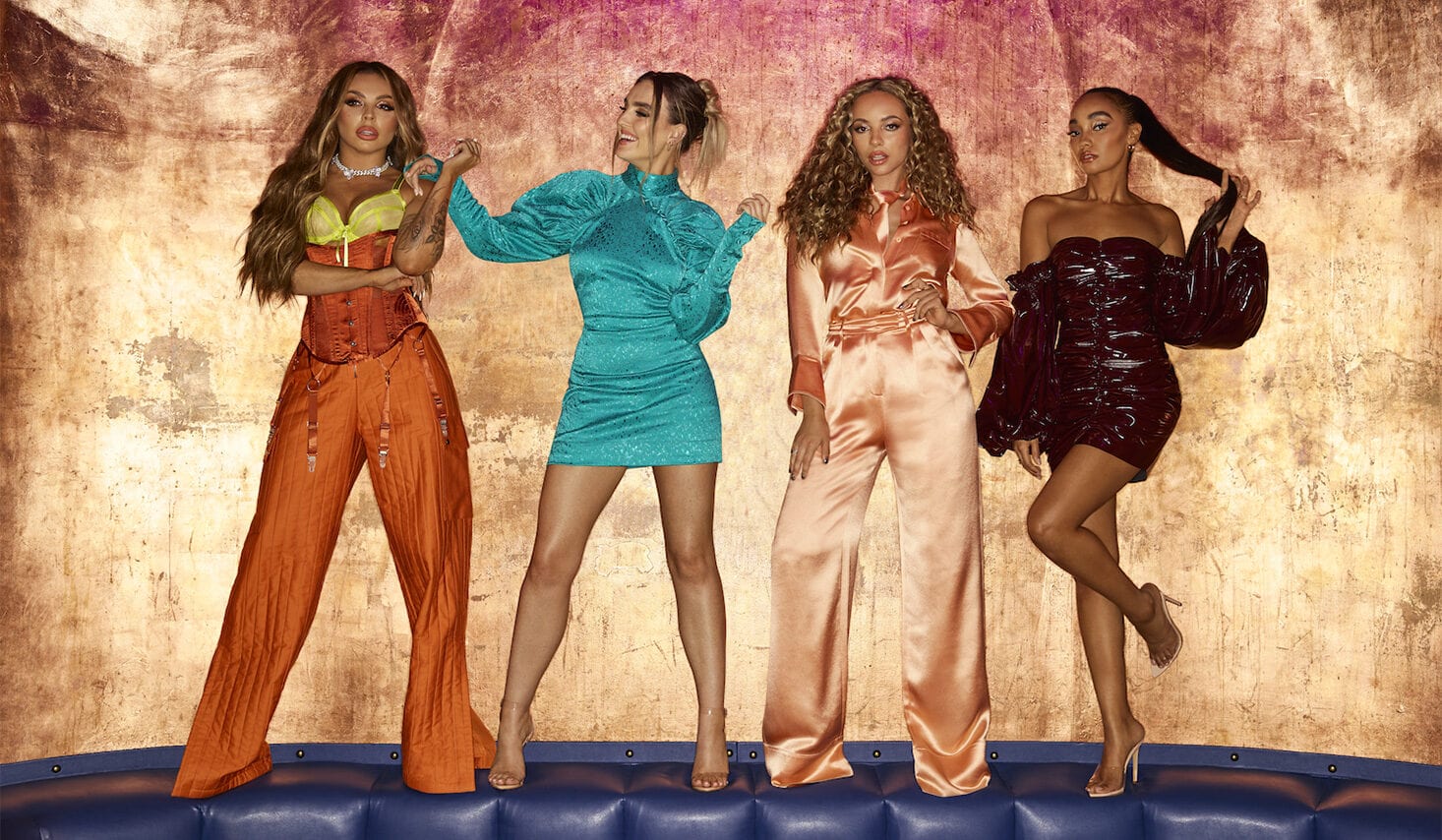 It’s a group ethos they’ve successfully carried over to their BBC One primetime talent show Little Mix: The Search. Just when you thought the Saturday night singing competition formula was tired, Little Mix came along with a refreshing and engaging take on the format. The show thrives on the girls’ energy and their close friendship with each other. It’s also clear that they care deeply about the contestants, ditching the sensationalism that similar shows have peddled in favour of a loving and nurturing environment for the young hopefuls. It’s why the level of singing talent on the show is so incredible. “We had so many auditionees who actually said to the team at the BBC that they’ve never really felt like they could audition for shows like this before without maybe becoming a joke act, or not being taken seriously, or being looked after properly,” says Jade. “So it’s really nice to see people audition who you know wouldn’t have usually done that. Usually on these shows there’s always a clear winner or you know who ends up in the final. Whereas with The Search, we created six bands who literally every single one of them could win, and we’d be cool with that. So I think that’s really refreshing as well.”

We won’t be alone in hoping that the BBC commission The Search for a second series, and we suggest to the girls that for the next run they should audition for a drap-pop group. “This was an idea!” Jade replies. “But again, we just wanted to make sure it was done properly. Unfortunately, there weren’t enough people. But I think now that the show has been on if we were to do a second series, maybe more people would audition. I also really wanted to create some sort of Scissor Sisters vibe, because I feel like that sort of group hasn’t been around for such a long time. Especially now that dance music is doing so well in the charts. I feel like now’s the time for another amazing queer mixed group.” Obviously we couldn’t agree with Jade more.

As Little Mix head towards their 10th anniversary next summer, their star continues to burn bright. But these four ladies have battled their way to this success. Going into the X Factor live shows, no-one would have predicted that a decade later this group would emerge as one of the most successful winning acts in the show’s history. As they reflect on their journey to this point, they feel like the pressure has softened slightly. No longer can people doubt their impact. “I feel like we’ve got that essence about us all now,” says Jade. “And that’s not to say it’s being big headed, it just means we’re not fearful anymore. We don’t have to prove ourselves as artists.”

Leigh-Anne agrees, but acknowledges it’s been a challenging road to this point. “People don’t understand how hard it is,” she says. “We do have to work so much harder. And I don’t know why. I don’t know what it is. What is it about girl bands? I don’t know. But then I feel like at the same time we’ve kind of broken down boundaries a little bit, and the fact that we have been together for 10 years, that’s unheard of. So what if we’re a girl band? We can stand the test of time. We’ve done it, we’re here.”

With a glorious sixth studio album, a hit primetime TV show and hopefully a headline tour of the UK next summer (please don’t make us wait any longer, Covid), Little Mix’s popularity shows no sign of slowing down anytime soon. Against the odds they’ve become a part of British pop culture history, with a legacy that will span generations to come. “People can’t really question our credibility or what we’re doing,” says Perrie. “We’ve been here for 10 years now so pipe down!” We couldn’t have put it better ourselves.

Little Mix’s new album Confetti will be available to stream and download from 6 November. 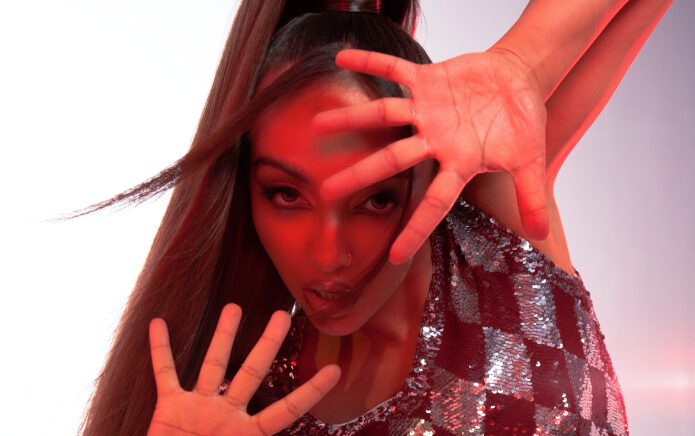 Jade Thirlwall opened up about facing "scrutiny and judgement" from the press and how bullying affected her for the new Sink the Pink book.