Stay or Away: Unwind at the relaxing spas of Bath or Tuscany 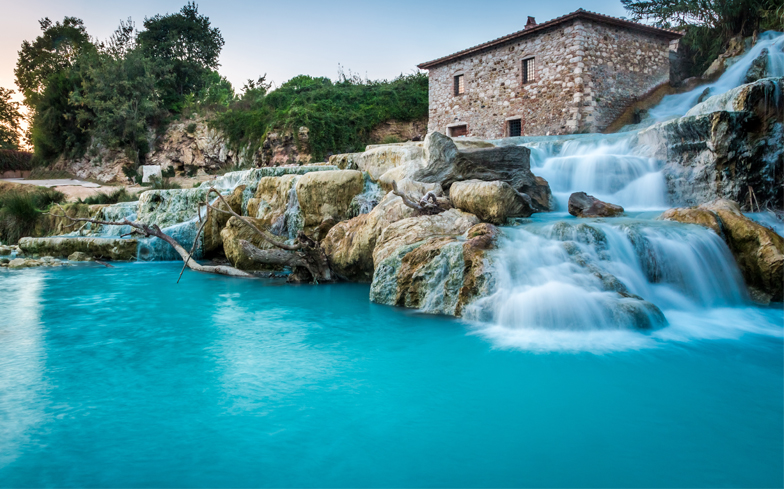 When it comes to self-care, nothing beats a getaway to a top-notch spa.

Soothing surroundings, the latest spa treatments and thermal baths: there are plenty of great options both here in the UK and further afield in Europe for a relaxing trip.

Pair it with culturally rich locations nearby and you’ve got yourself a holiday that will renew both mind and body.

While a trip to Bath will confirm its inherent Britishness, the city is a continental wonder and wouldn’t look out of place in Italy or France. Her regency façade draws tourists from around the world – an indeed, the UK – to bask in her splendour and rich history.

Just twelve miles from Bristol and a 2-hour train journey from London, Bath is starkly different to its bustling, edgy neighbours; in fact, it even contrasts to the stereotype of its homeland of Somerset, the ‘cider country’. Bath is harmonious, small, laidback and complacent. The city’s elegance is fortified by crescents of Georgian buildings, rich concentration of museums and sweeping vistas.

However, what Bath is most known for are its thermal spas. Home to the only hot springs in England, Roman technology and architecture transformed it into the spa town that it is today. Built around 70AD, the Roman Baths complex is one of the best-preserved Roman remains in the world, where 1,170,000 litres of steaming spring water, reaching 46°C, still fills the bathing site every single day. While visitors can no longer bath in the Roman Baths, Thermae Bath Spa offers a great modern alternative overlooking the city – the perfect remedy to a visit to the tourist packed Roman Baths. The Thermae Bath Spa uses the same water from the ruins, and you can unwind with a cocktail in hand. Some call it a modern twist on a Roman classic! Newton Brook is just a short distance away from Bath, where beach-lined coastal paths and inland moors await discovery. A country lodge with a stunning view, create your own thermal experience with the freestanding whirlpool bath, where you won’t have to worry about queues!

Ideally located between Devon and Somerset, Newton Brook gives guests the opportunity to unwind in a way that works for them. Whether that be a drive through Cheddar Gorge, thermal spas in Bath or even dancing your way in to a certain world-famous festival, if you time your visit right.

Newton Brook Elegance Lodge is available from £725 per week at hoseasons.co.uk It could be argued that no other region has had as much impact on European culture than Tuscany. The birthplace of Renaissance, this heartland of Italy is awash with wine-soaked villages, olive groves and truffle fields, extraordinary traditional gastronomy, cities dripping in ancient art and, not to mention, fashion powerhouses – Tuscany epitomises everything it means to be Italian.

The region has become a much sought-after destination for its natural hot springs. Rich in minerals and heat from the earth, these countryside springs not only offer the most natural of relaxation experiences, their therapeutic properties are known to treat rheumatic and vascular conditions. The villa is perfectly situated a short distance from one of Tuscany’s most famed springs, Terme San Filippo. Step into a natural wonderland as you make your way through the woods towards calciferous formations, waterfalls and small pools that make up Terma San Filippo.

Take a dip in the restorative waters beneath the thermal waterfall, Balena Bianca. Before your return to Villa Meleto, stop off in Bagni San Filippo for some traditional Tuscan dishes to reach peak restoration.

Villa Meleto is available for £259pp based on 8 sharing at jamesvillas.co.uk