Paris’s Le Marais has got its mojo back 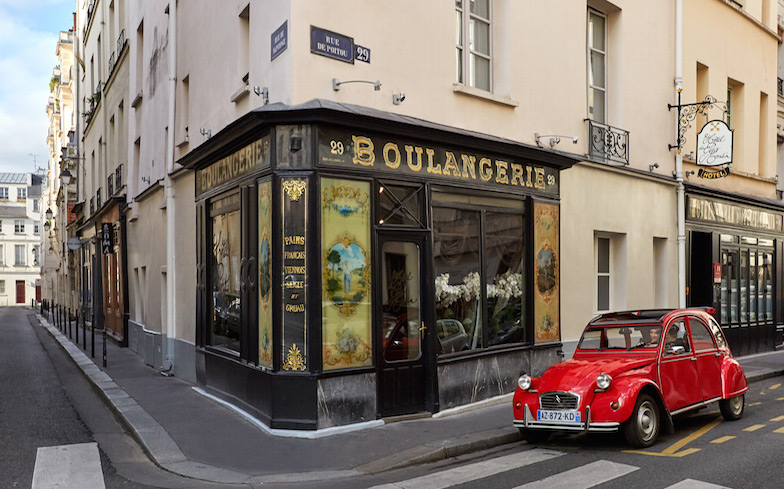 If you’re bored of Paris, why not go to Le Marais? Yes, it’s right in the middle of Paris but it’s a place all its own. What could be handier?

If your perfect idea of Paris is perfect little winding cobbled lanes with perfect little 17th century buildings leaning into each other and perfect little boutiques selling gorgeous things and emanating perfect smells of things being cooked in butter. Of perfect little cafes with everyone sitting outside and lots of impossibly handsome and well-dressed people, then it’s Le Marais you’ve been thinking of.

And it’s all perfect. From the perfect 17th century Place des Vosges with the more-than-perfect Pavillon de la Reine hotel, where you don’t only step off the street into a courtyard – yes, perfect! – but back a few hundred years.

Where, over breakfast, locals pick at croissants and Americans plan trips to the d’Orsay. And where, over lunch at its just-opened Anne restaurant, we have probably the best vegan tasting menu in the whole of the 4th Arrondissement, washed down by rosé. Back to those perfect streets that alternate between REX and Hotel du Petit Moulin, previously Paris’s oldest bakery where Victor ‘Les Mis’ Hugo used to pop in for a cheeky pain au chocolat, now a glamorous and beautifully cool and mad-as-a-box-of-hair hotel designed throughout by Christian Lacroix – but still looking like an old bakery from the outside, so you’ve got to know your boulangeries. They may have tried edging the gays out of Le Marais with a strip of glamorous boutiques for Fendi and Gucci and Galliano on the Rue des Archives – like putting in glamorous boutiques was ever a way of edging gays out! – but bars like Cox, where Alexander McQueen used to booze away his Friday nights, to Open Café, just a few doors down are clinging on with no sign of loosening their grip.

From Aesop to Les Mots à la Bouche, the best all-gay, all-the-time bookshop in France that veers effortlessly from high-brow to hardcore and from grungy little gay tat shops to Diptyque, to (officially) France’s best bar (people who officially drink for a living say so) Little Red Door – with its Franco-Anglo crew who explain exquisite cocktails in parfait Anglais – to the ever-growing glut of vegan gaffs (Hank on Rue des Archives does plant-based burgers bursting with karma in a sexy, lo-fi set-up), everything you need is here.

It’s basically a compact triangle of life, somehow the biggest 17th century district in the world (architect Le Corbusier wanted to get rid of the whole thing and put up shiny clever modern buildings, which would have been interesting, but this is so much better). And that means it’s pretty. In a perfectly French way. And yes, you can get to the Louvre in around 15 minutes (check out hot new restaurant Loulou while you’re there: it’s smart!) and you can get to the Centre Pompidou (with glamorous restaurant Georges on the top) if you go the other way. But you don’t have to. You don’t even have to see the Eiffel Tower, not even from a distance, if you don’t want to. Sitting in Derrière on Rue des Gravilliers, a restaurant that’s all kinds of Shoreditch with its records and its ping-pong, we commented to our Frenchie Parisian friend that Paris doesn’t seem as dreary as perhaps it once was. There’s more fun. More fun places. The little stretch where Derrière finds itself is practically all fun places!

Getting there:
Eurostar operates up to 19 daily services from London St Pancras to Paris Gare Du Nord, from £29 one way.