If it’s good enough for Cher…

Stealth glamour has never been so stealthy as it is at the ultra-glamorous West Hollywood EDITION, a masterclass in LA chic. 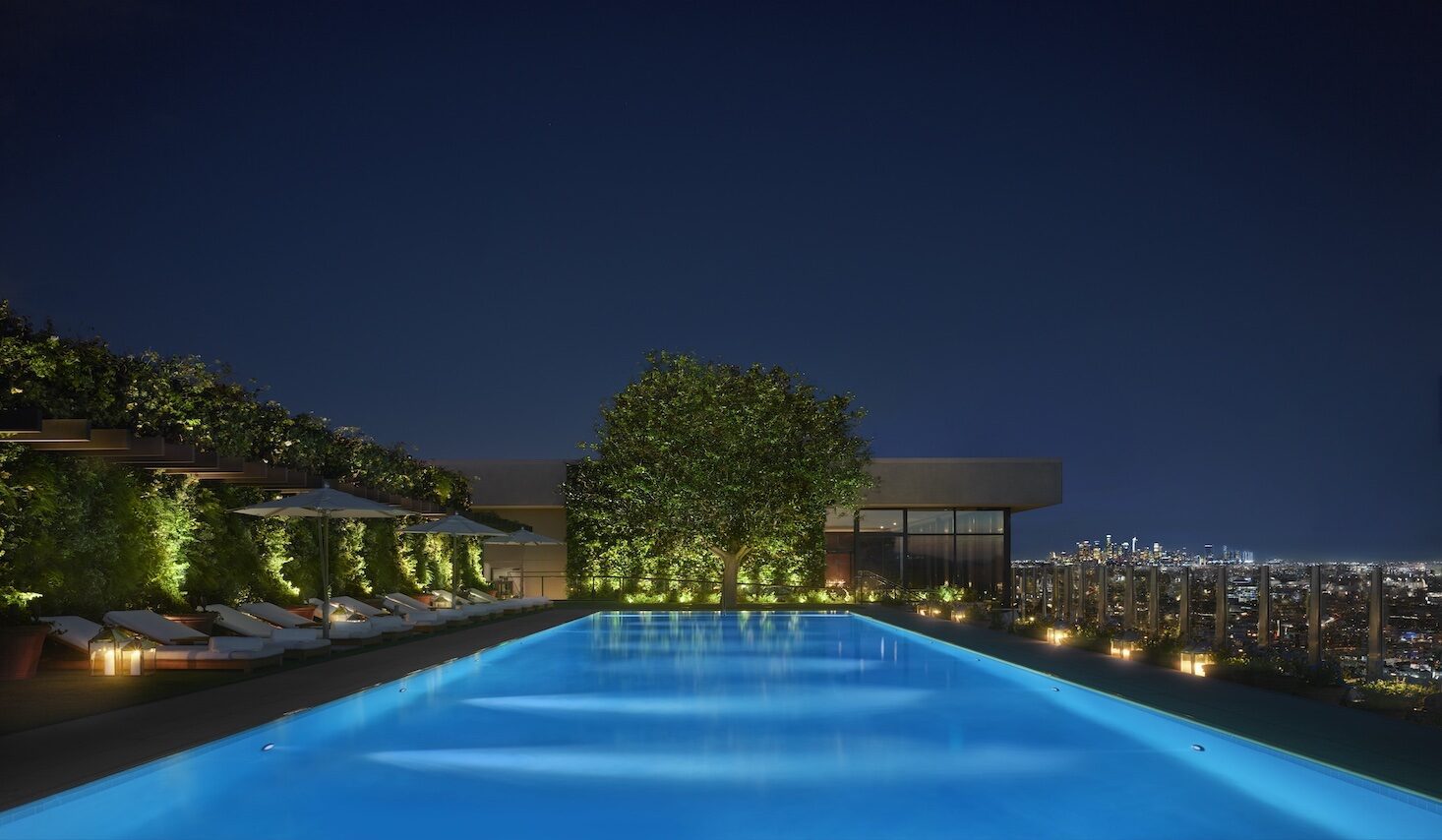 A fur throw cast upon the bed. The height of glamour and a potent memory from the brain of Ian Schrager, the man behind Studio 54, the inventor of the boutique hotel and creator of the West Hollywood EDITION and the whole EDITION portfolio.

He remembers the days when, as a child, his mother would come back from a night on the town and fling her stole down on the furniture. Nothing seemed as glamorous as that, says the man for whom glamour has become an industry. And that is pretty much the only touch – ‘A hotel is the art of touches,’ he once told us – that distracts from the sleek, calming simplicity of a room at the West Hollywood EDITION, right there on Sunset Boulevard, doors down from where Selling Sunset apparently goes on. Just the fur throw and a single picture. Maybe it’s Cher with David Geffen out on the Strip, this little bit of Sunset where the rock stars – from Joni Mitchell to Elton John – always came. 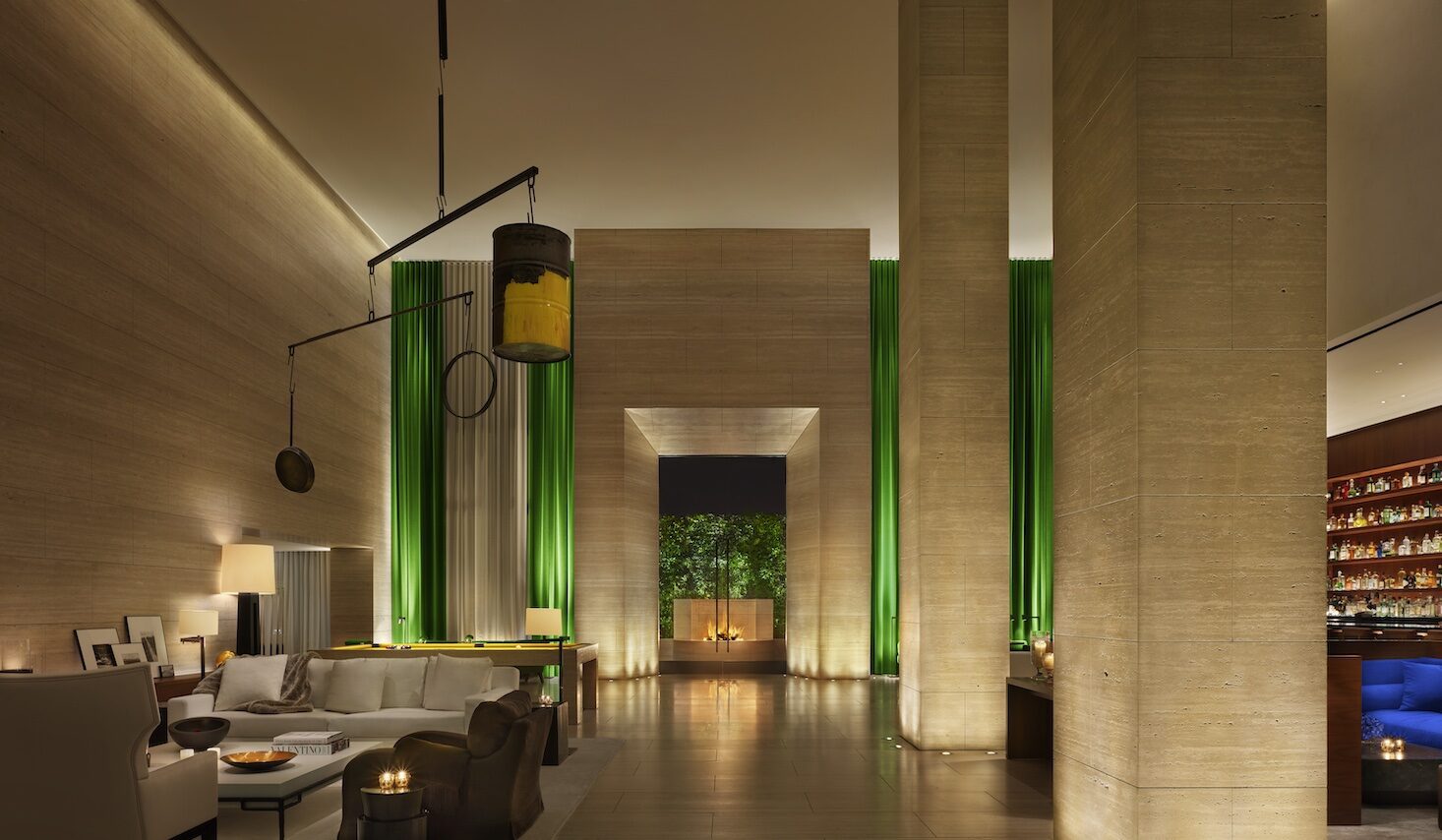 Built on the site of an old Rat Pack restaurant and superstar gas station – that’s what the huge mobile of oil drum and skillets in the huge lobby (with the even huger selection of booze) hanging from sky-high ceilings over the billiard table refers to – EDITION couldn’t be more Hollywood fabulous if they covered it in glitter. Not that they ever would, glitter being way too obvious for somewhere so spare and minimal and elegant.

Straight lines, a limited palette of pale wood, white and marble and furniture so simple a child could have designed it, all set off by maybe a faded Persian rug on the floor, that’s what you get in the rooms upstairs. Oh, and a gilt-framed photograph in black and white that details Sunset Strip’s colourful past. The bathrooms are equally straightforward: frosted glass doors hiding the loo and the shower and the sinks and mirrors half in the room so you can get ready together. And then long unencumbered surfaces that you can leave unencumbered or set up your in-room bar on. 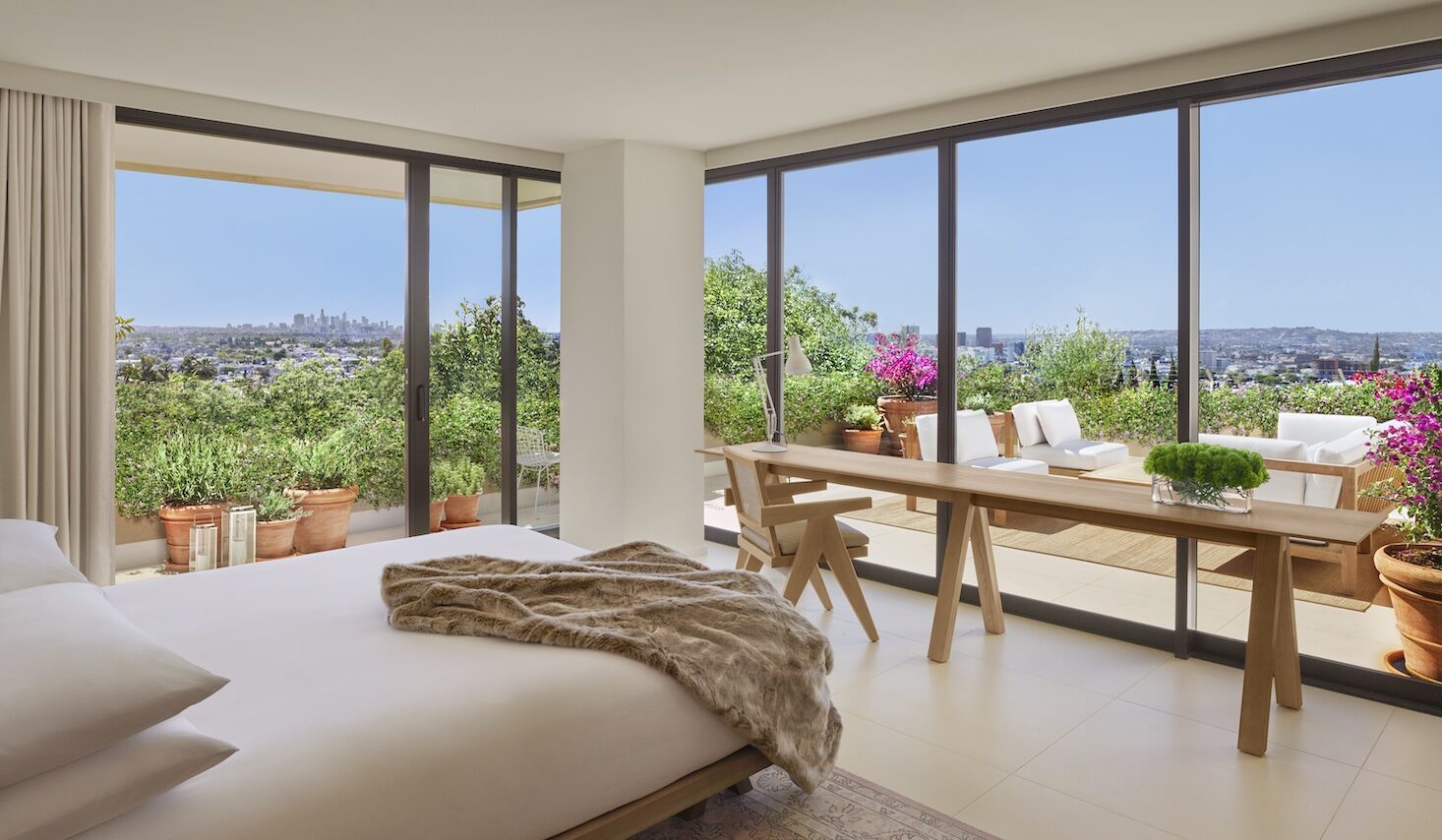 Go up to the roof – to the bar and the pool and the restaurant, even the toilets – and the views are next-level panoramic, from the skyscrapers of Downtown across a strip of ocean with Catalina Island visible on a clear day then across to Beverly Hills and round to the Hollywood Hills with nothing more than some pesky hummingbirds to obscure your view. Yes, hummingbirds. And tumbling greenery. Oh, and a full-size olive tree by the pool (on the roof remember!), hung with bottles with candles in them because nothing is too outlandish or expensive at this level of things. Those apartments there, the ones that are still kind of part of the EDITION experience, go for around $17m a pop. Ask the girls in the Oppenheimer office down the road. 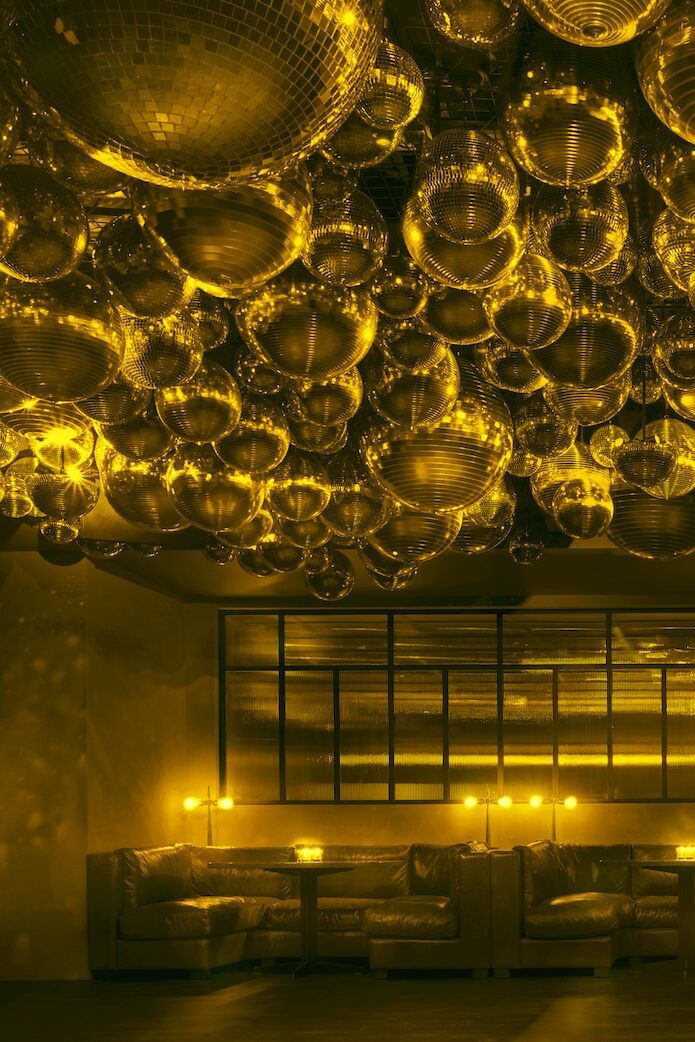 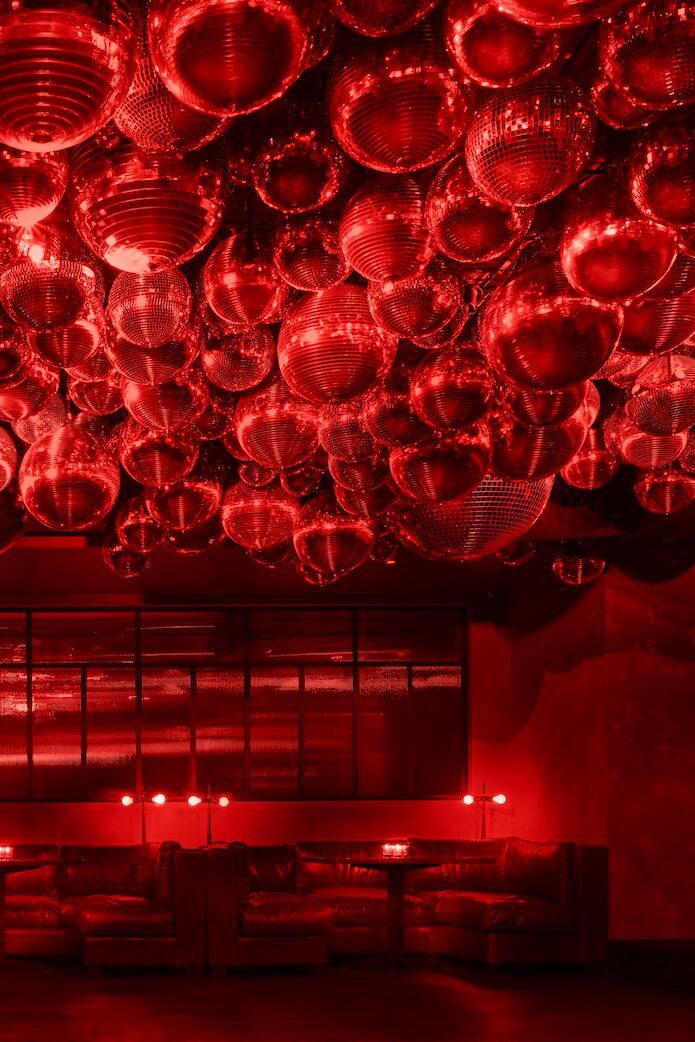 As far as eating goes, if you’re not up on the roof drinking in the views with your cocktails or down in the lobby bar, maybe showing yourself up at billiards on the egg-yolk yellow table, follow round to the right of the staircase to Ardor, a tropical jungle of a restaurant literally bursting with foliage where California local boy Fraser is bringing a plant-forward menu (don’t worry carnivores, you’re catered for) to a health-conscious (and luxury-conscious!) crowd. And we can’t wait for the opening of Sunset, a mirror-balled disco homage to Sunset Strip’s gloriously gritty past. 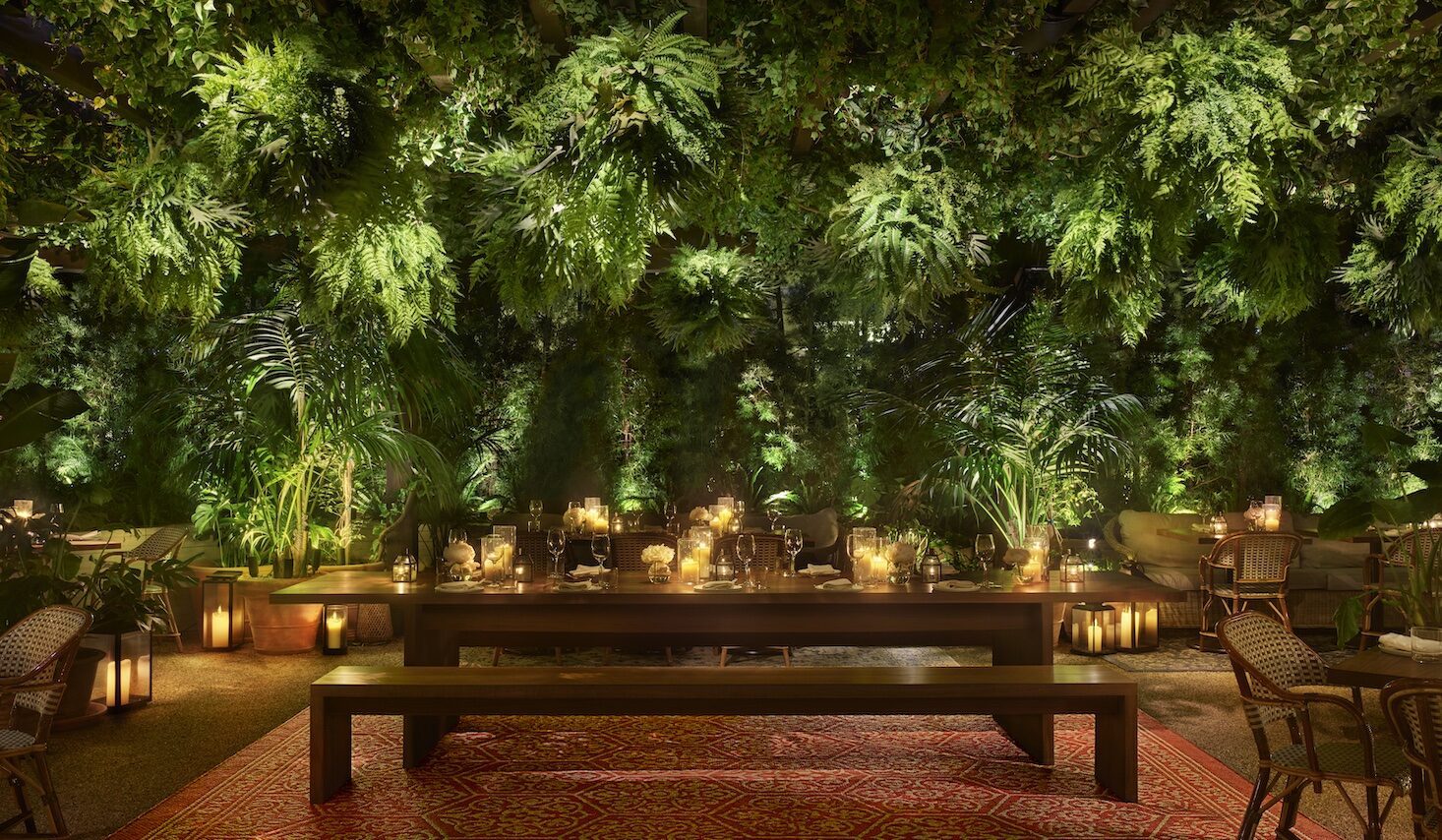 But then what a location! Ten, maybe twelve minutes’ walk – not that anyone walks – and you’re at the main strip of gay bars on Santa Monica Boulevard, while not far along Sunset Boulevard is the must-visit retro American Diner Mel’s. Beverly Hills is to your left as you leave, Hollywood proper to your right, Soho House walkable, seeing as we’re walking.

We’ve actually been to the West Hollywood EDITION – in capitals! – before, just as it opened, when we were over interviewing Jennifer Aniston and Reese Witherspoon. (Right?!) Because that’s the sort of place this is. And how could it not be with Ian Schrager behind the vision? 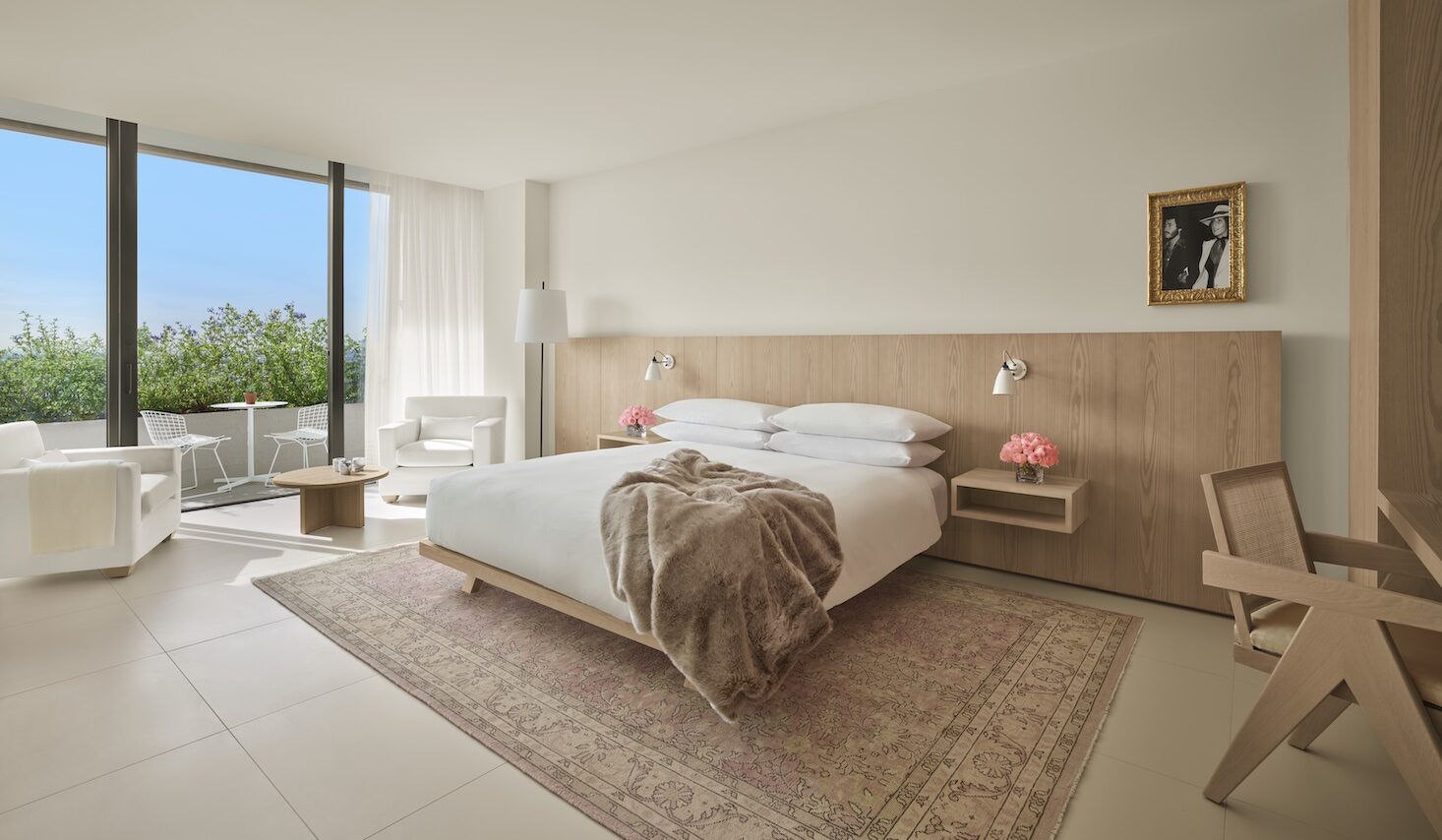 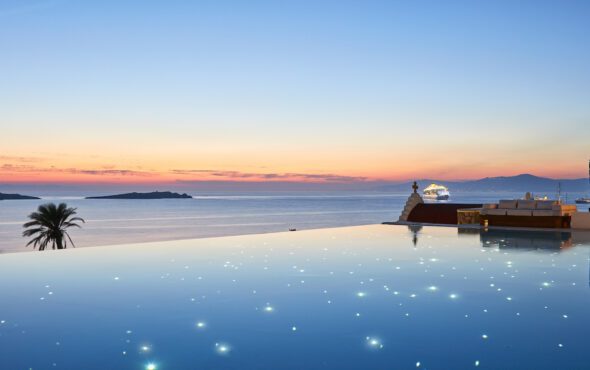 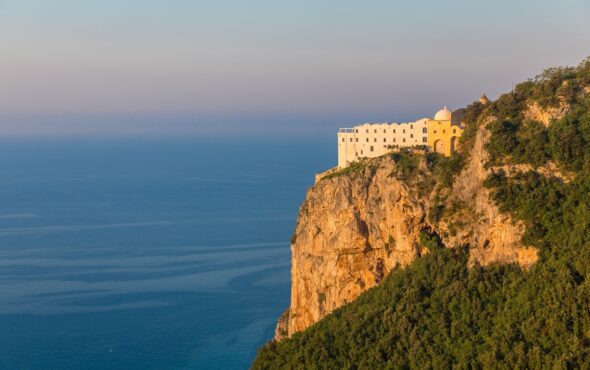 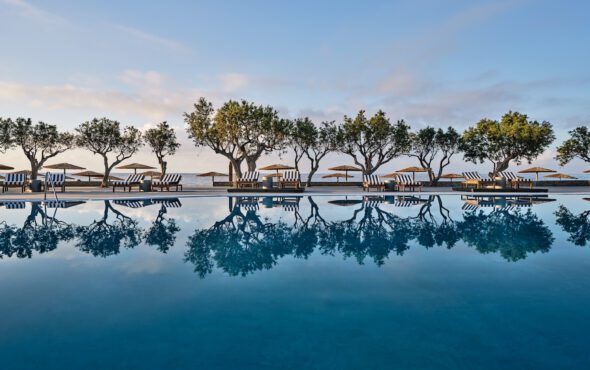