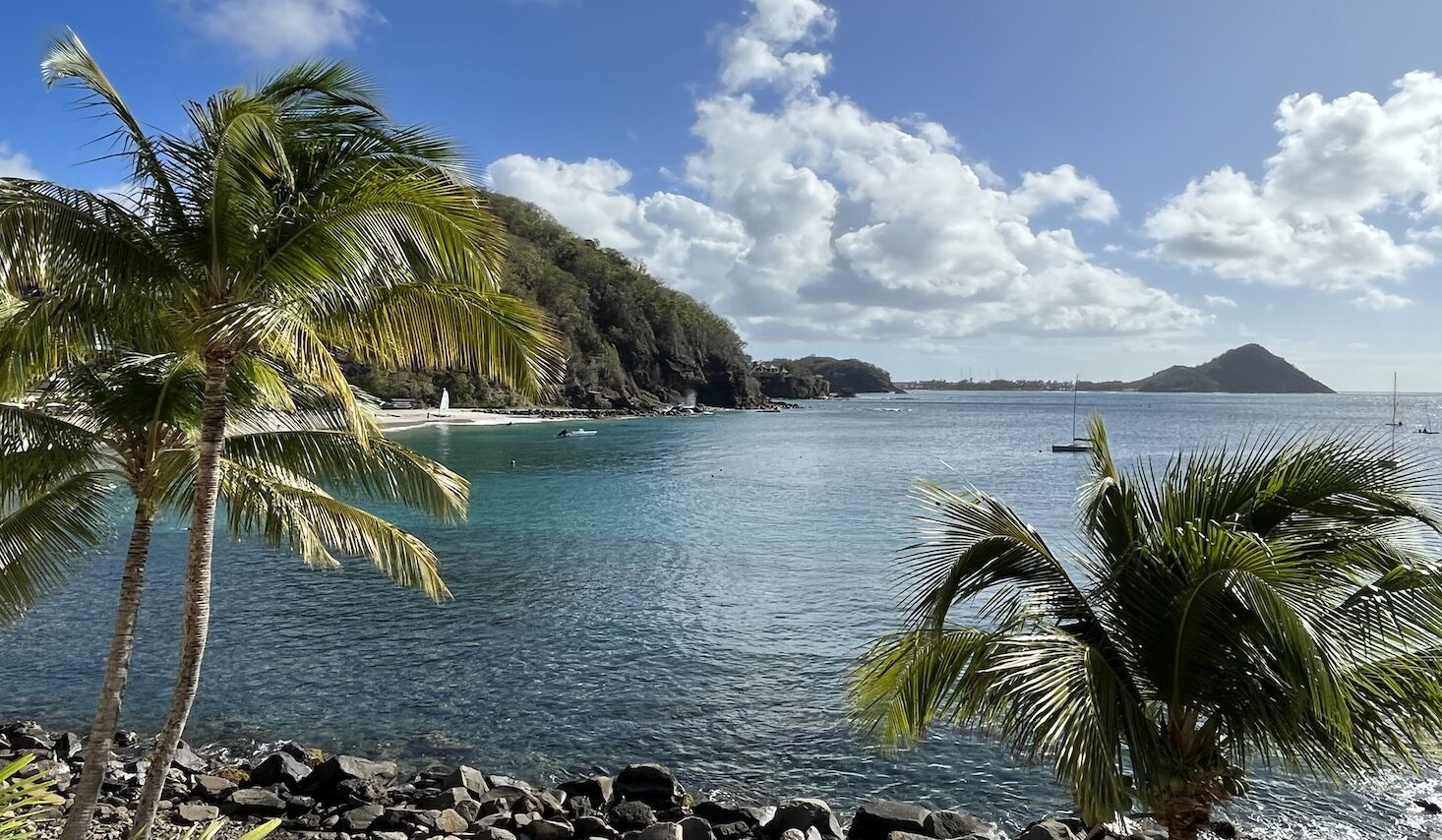 ‘I’ve been 42 times,’ says Andy from Bournemouth over sunset cocktails and truffled mushroom tarts on the terrace of BodyHoliday’s zhuzhy Villa Hibiscus, with a glint in his smirk that suggests he won’t stop till he reaches a neat century. ‘It’s the best place on earth.’

Drama, much? But let’s look at the evidence.

14.105029 / N 14° 6′ 18.105”, which roughly translates as the best bit of the Caribbean Sea side of St Lucia. A scoop of tepid waters, half-moon beach and diddy boats bobbing along to the breeze that takes just the right edge off a consistent 28 degrees in March. An hour and a half-ish from the international airport on the Atlantic side, which seems a schlepp but means you get a massive glimpse of this mountainously beautiful island in transit, taking in the millefeuille of lush through your blacked-out MPV. And, if you’re lucky, you’ll get Merv driving, who moonlights (and days!) as a tour guide, so you’ve got your Wiki notes on the history and topography of St Lucia before you even arrive.

‘Or you could just take a helicopter,’ someone in a kaftan tells us later, breaking it to us just like that. 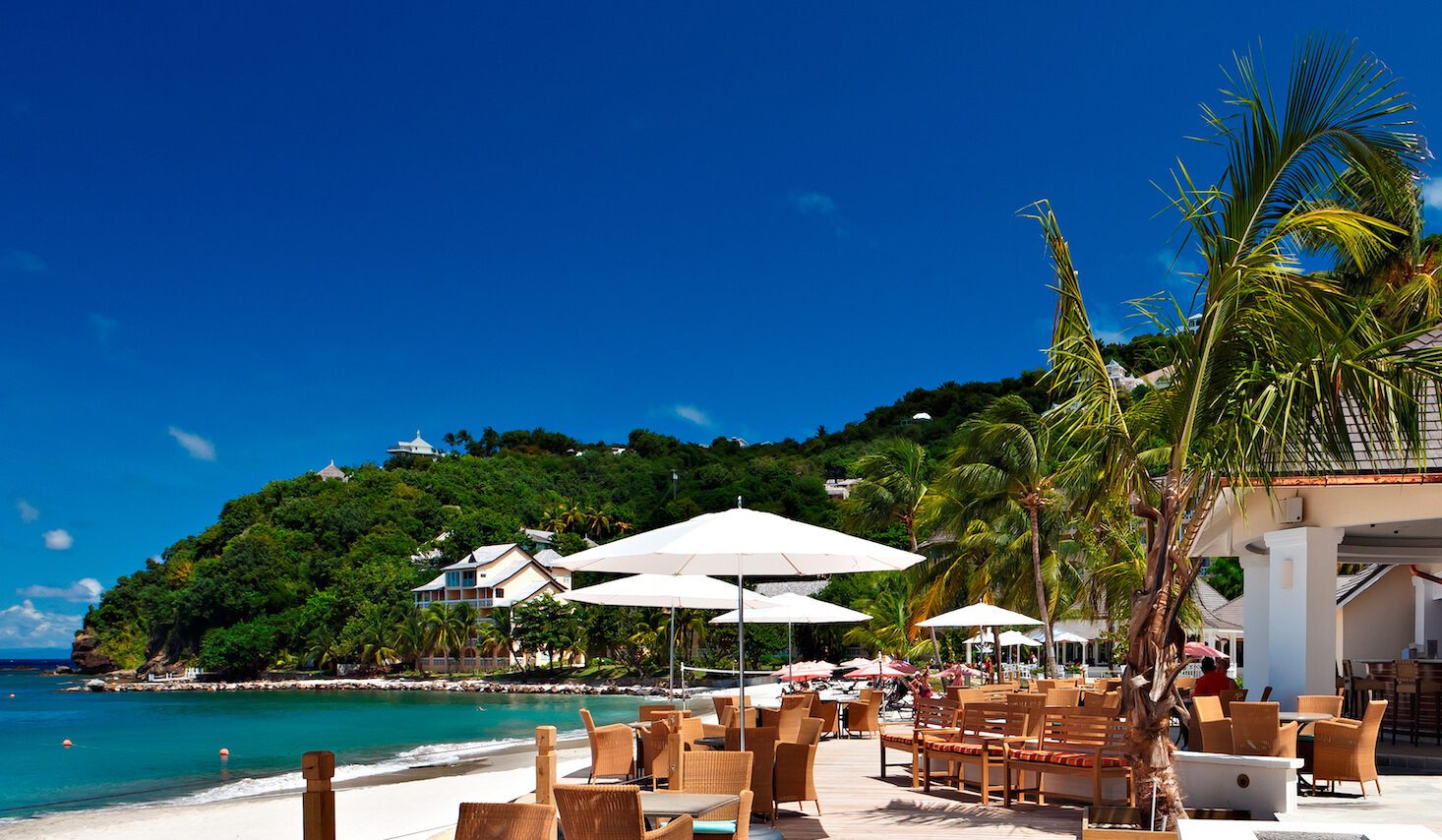 But this is no pumped-up Cross Fit or Barry’s Bootcamp or Lilly’s Lunges or any of those hardcore things that make you want to drink the Cool Aid. We’re talking a bespoke, slowly-slowly approach that puts democracy (remember that?) back into health. And that’s not me being all pretentious, BodyHoliday actually does refer to its approach as ‘democratic’. Basically, you can do as much or as little as you like. It’s also a system that promotes long-term use of the new wellness skills you’ve picked up on a sandy white beach, rather than going so hardcore you’re left with major PTSD. And because it’s all-inclusive (hooray!) you can suck the place dry as much or, well, as little as you like. 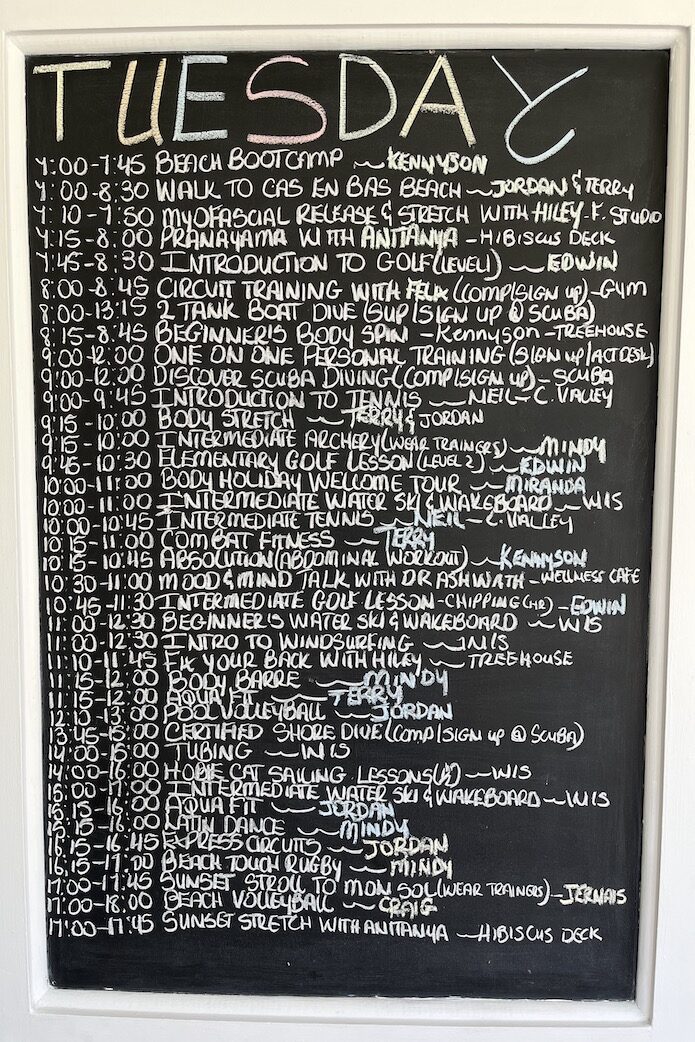 And there’s so much stuff to do this word count’s fit-to-bursting. Every day there’s a black board with said stuff written all over it, and it’s like the Dead Sea Scrolls. Top to bottom and back again, it’s stuff and activities and health and bobbing about in pools with intent and learning to sail and beach volleyball and discovering exotic beans that apparently make you live longer than everyone else and becoming deep and personal with your gut enzymes and, and, and before you know it, you’re scientifically – and spiritually – more beautiful. And that’s before the free massage you get every day. And, if you did want to get more diagnostic with your health, a very reasonable supplement gets you access to the BodyScience clinic so you can really get to the nitty-gritty of your nitties, gritties, guts and garters. 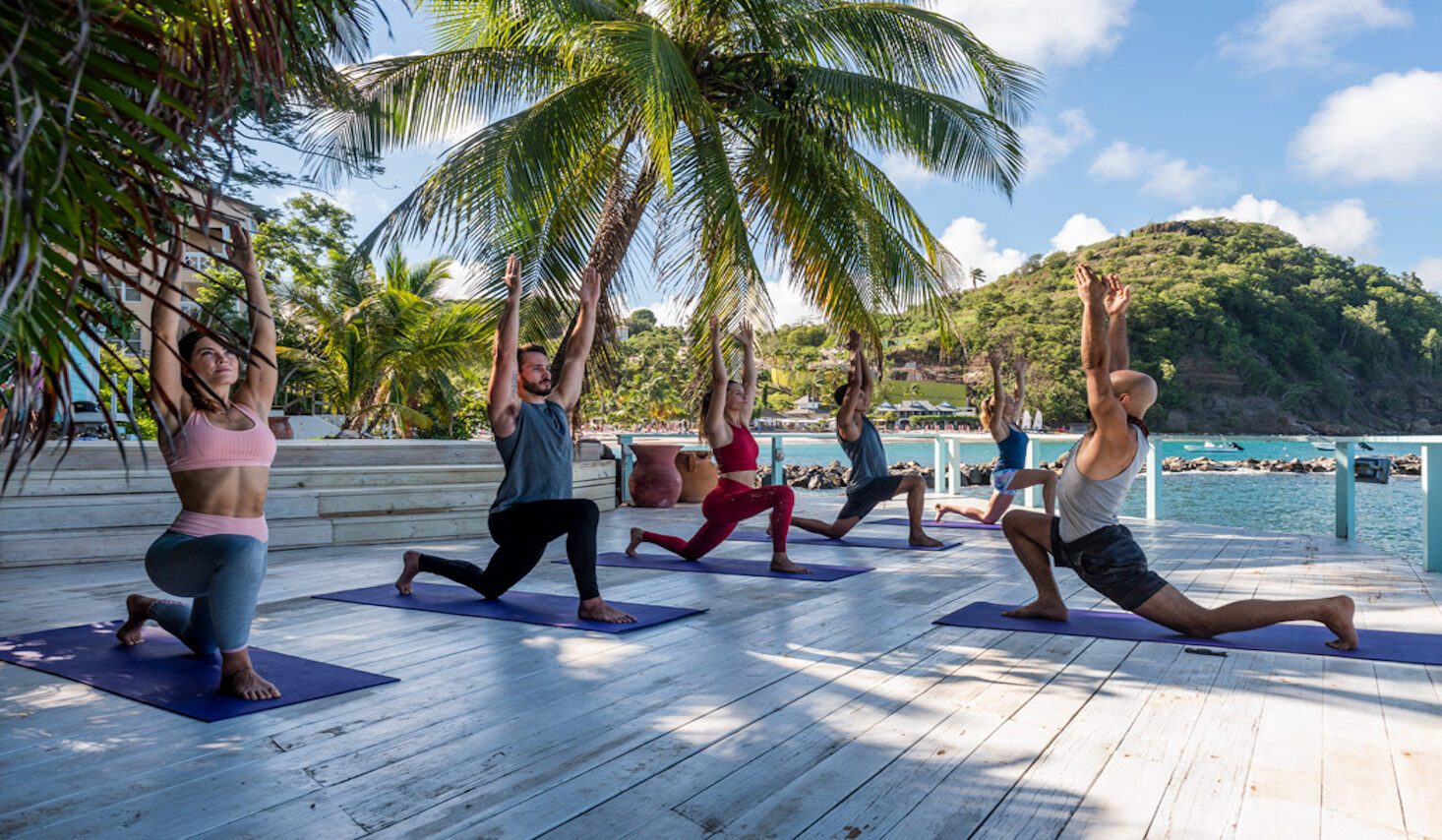 ‘Our motto is “give us your body for a week and we’ll give you back your mind”,’ says Yhasmine Remy-Hylton, BodyHoliday’s general manager, before adding, for all our sakes, ‘but we take an integrative approach to wellness that provides lots of opportunities for guests to enjoy themselves, socialise and unwind.’ Note the italics.

Because what really gives BodyHoliday its oomph is fun. The serious business of health and wellbeing comes with lashings of it, so expect to make friends, lots of them. Expect to be invited to join tables and impromptu pool parties and late-night dips and beach barbeques and to totally milk that all-inclusive booze. It’s a big part of why people keep coming back; families and singles and couples and straights and gays and everything-in-betweens because this little corner of the Caribbean has nailed the whole my-sweet-embraceable community thing. 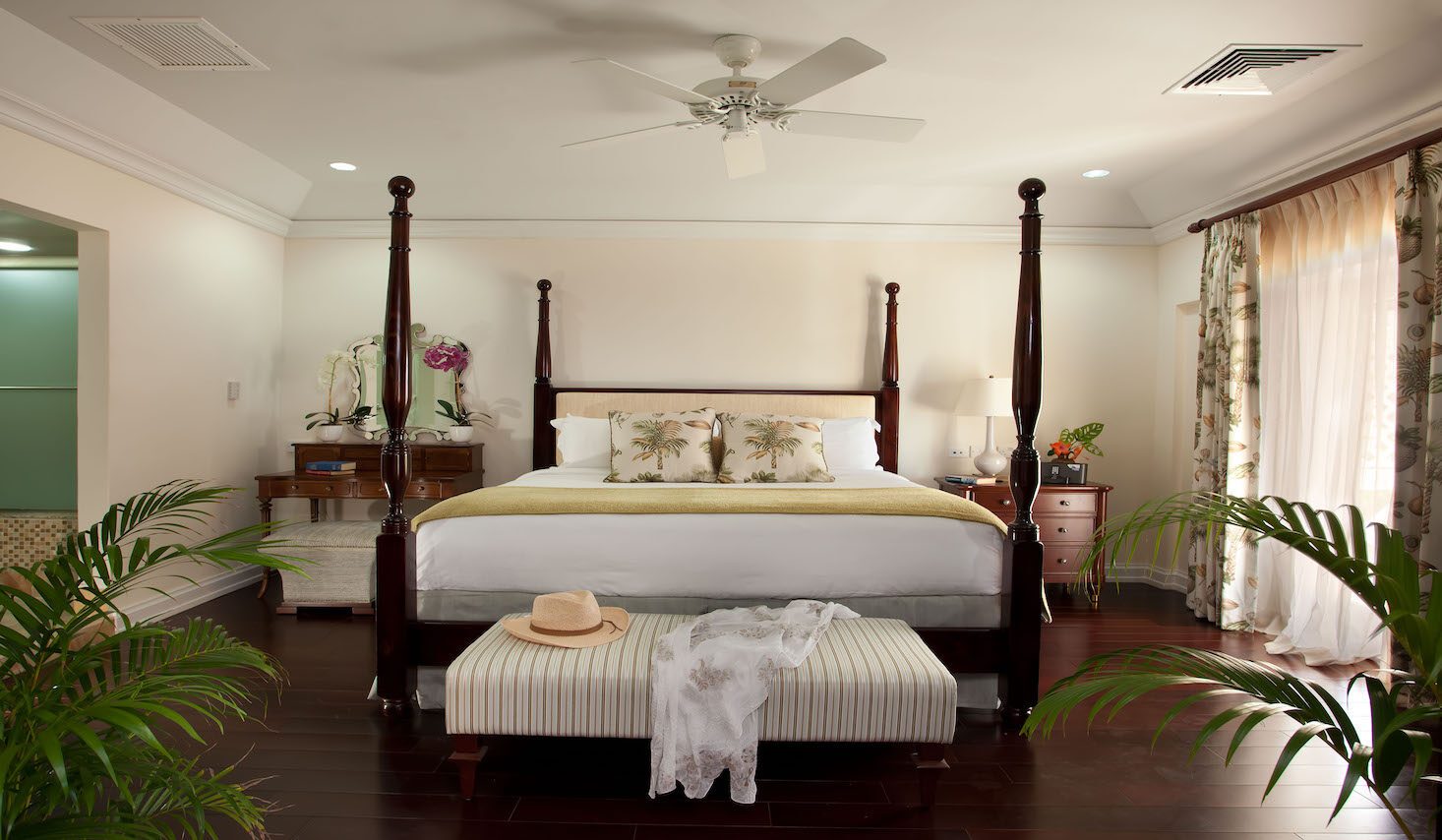 And all of the above comes with dandy accommodation in the luxe-colonial style with wide-angled sea views – including regular balcony visits from a saucy little warbler (not internationally-renowned singer Lulu but an actual bird) who ate the daily-delivered shortbreads because I was saving my calories for booze. So many dining options I’ve lost count at six (seven? No wait, eight?) A couple of bars and all-you-can-scoff afternoon tea. Big ol’ gym, customisable diets including ayurvedic cuisine and who knew that was a thing, two pools (villas get their own private ones), and all the water sports you’ve heard of (plus a whole bunch you haven’t). Oh, and a Filofax of visiting superstar trainers who you may recognise from A Question of Sport like, ooh, Jamie Baulch and Kerri Ann Payne and Colin Jackson and Darren Campbell and Merlene Ottey and names, names, names. Rope in Mark Foster and you’ll never get me out of the pool.

While I have you, though, big shout out to I-TAL, a conscious dining experience inspired by the Rastafarian diet that celebrates natural living from the earth – meaning animal products are a big no-no. Not only did I know I liked those Rastafarians, but this means that I-TAL is a cruelty-free, vegan delight from start to finish, with ingredients freshly plucked from the resort’s gardens and cooked right there in front of you. 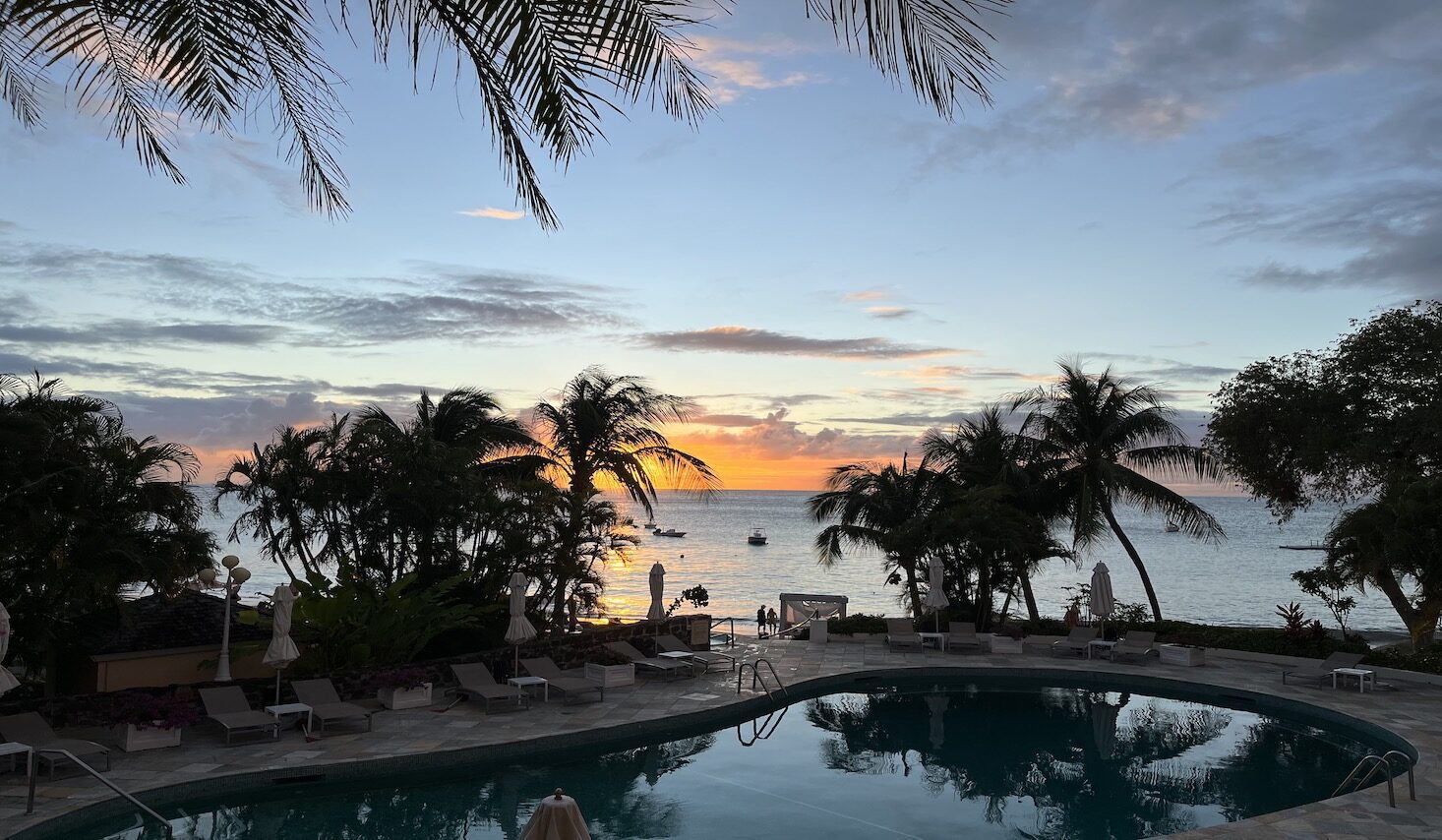 I was a bit, ‘What, really?’ before heading off to BodyHoliday, though the idea of dropping a dress size before Mykonos did have its charms. But, dear reader, I got smitten. This place is a cult – the nice, fun kind – populated by people who want to get the best out of life. And that can only ever be a good thing, right? 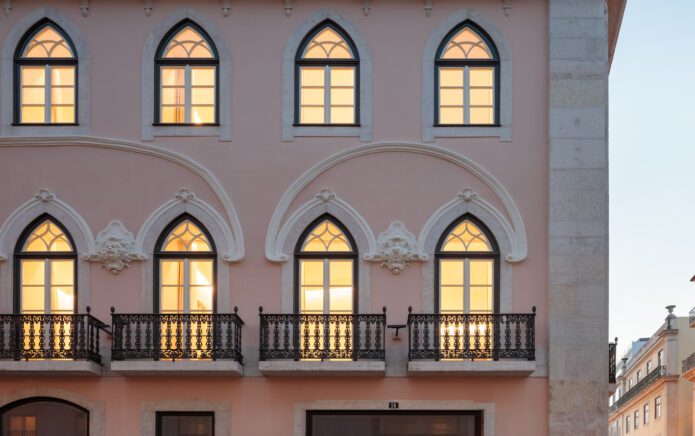 A Celebration of Stuff 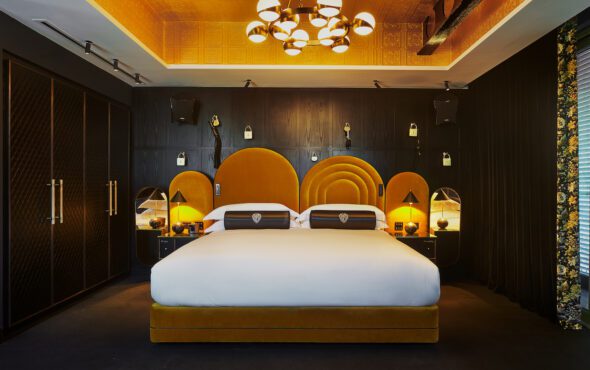 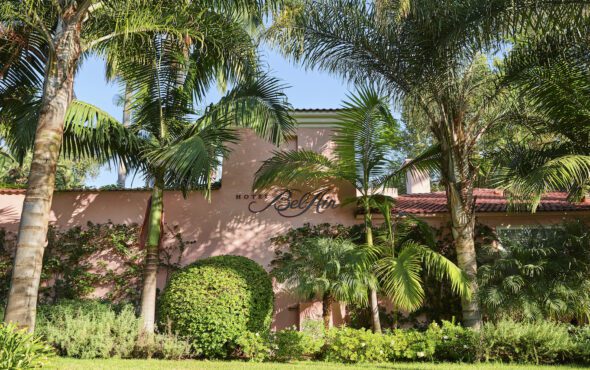 Superstars only need apply… oh and you. 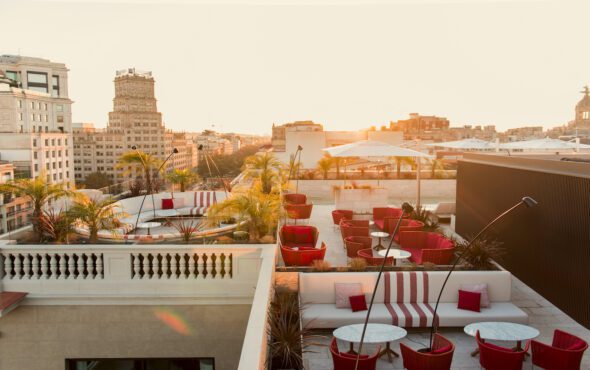