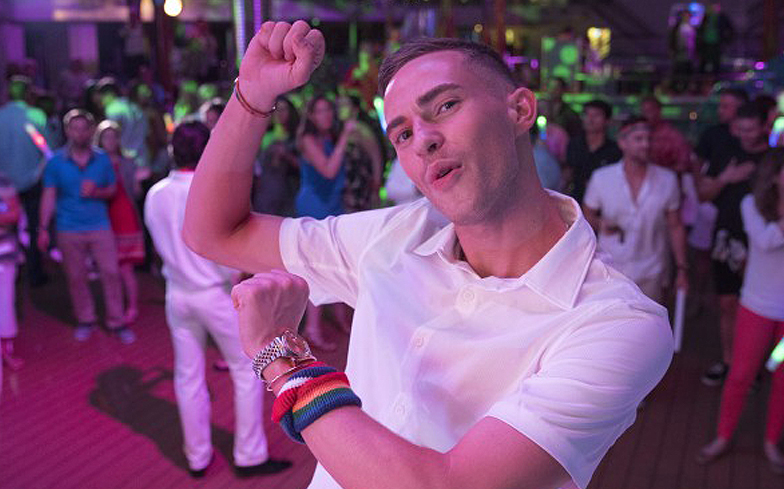 When it comes to Pride celebrations, most of us are used to travelling to some of the world’s biggest cities to celebrate everything LGBTQ.

However, thanks to Celebrity Cruises you can now take the rainbow-coloured party out onto the high oceans.

Adam Rippon is currently aboard the Celebrity Summit for a Pride celebration, saying: “I’m honoured to be an ambassador for Celebrity Cruises’ second annual Pride Party at Sea! It’s great to collaborate with a brand that is so dedicated to the LGBTQ+ community.”

As you can see from these pictures, the Olympian is living his best gay life on the ship, dressed all in white and branded with a rainbow-coloured wristband. “Celebrity Cruises has been and always will be dedicated to promoting diversity, inclusivity and equality, and part of the dedication includes knowing when to take time to celebrate the hard work and successes of the LGBTQ+ community,” said Lisa Lutoff-Perlo, President and CEO, Celebrity Cruises.

“Pride Month is the perfect time to celebrate and, with all of the fun we had last year, it made perfect sense that we’d continue the tradition, only this time it will be twice the fun and twice the party.”

It’s part of the company’s commitment to stand in solidarity with the LGBTQ community.

As of 2017, Celebrity Cruises announced that same-sex marriage that take place onboard their ships are legally recognised.

This means same-sex couples can now tie the knot in a ceremony officiated by their ship’s Captain.