A slice of slick Japan in London’s glittering Marylebone 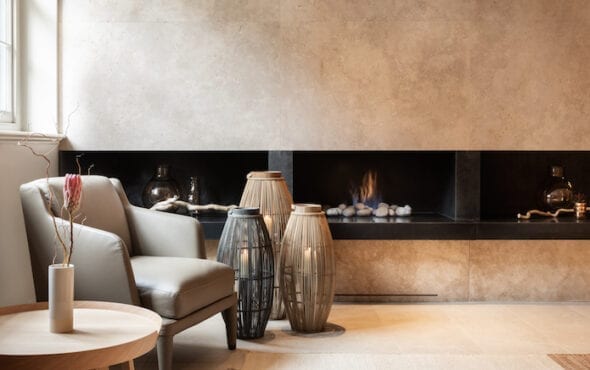 Just up from Selfridges, just down from Marylebone, just around the corner from where Madonna used to live is a genuine slice of Japan.

We’re not talking kimonos on the walls or architectural twigs in vases, nothing so obvious. We’re talking an atmosphere that feels genuinely Japanese in its starkness, its woodiness with the fragrance of Japan emanating from wooden boxes scattered about the place. You could actually be there.

Strange that this should all be happening in a building that used to be the quintessence of English cosiness, a hotel that, with its nick and nack and brick and brack and things, once spoke to Americans who were after that British thing and English business people who didn’t want to be distracted by anything too out there. It was the sort of hotel one’s mum would think was smart for town. Now all of that is gone. In its place a spare reception uncluttered by, well, anything really except for a little tea table where you can grab a juice. Then it’s downstairs to a room that is technically underground but which has a cute little terrace area looking up to the sky and plenty of natural light. The room continues the barely-there vibe of the reception: a smoky view of a mountain that you almost don’t notice on one wall, furniture in a symphony of beiges and the sort of technology you’d expect, with everything being operated through your phone. The restaurant upstairs has also been radically de-cluttered and is now a clean, minimal space with almost nothing but wood and windows. It’s here, perched up at the open kitchen that we try our hands at sushi rolling. Turns out it’s not nearly as hard as everyone says, bearing in mind ours all come out almost restaurant quality. Maybe it’s that we have a good teacher, maybe it’s natural talent, maybe it’s the glasses of sparkling sake they keep topped up (it’s our new favourite thing, by the way, the sparkling sake: as expensive as champagne, and served in a champagne flute, but sweeter and much more drinkable – and therefore deadly).

After our sushi triumph, which we’re allowed to polish off ourselves, we go down to the bar which used to be sofa-strewn and cosy but which is now elegantly empty with just islands of tables and chairs and a horizontal white-pebble fire. Going back down to crash, it seems we have kimonos laid out for lounging around in: not instead of bathrobes, you understand, but as well as. We have never felt so flouncy!

It’s a brave move, to take a tried-and-tested hotel and turn it on its head but as nice as it was back when it was… can’t even remember the name, that’s how well they’ve exorcised the spirit… this is much more of a statement. Expect Japanese tourists trying to beat the feeling of Lost in Translation isolation in reverse and anyone else who wants a trip to Japan just minutes from the Central Line.