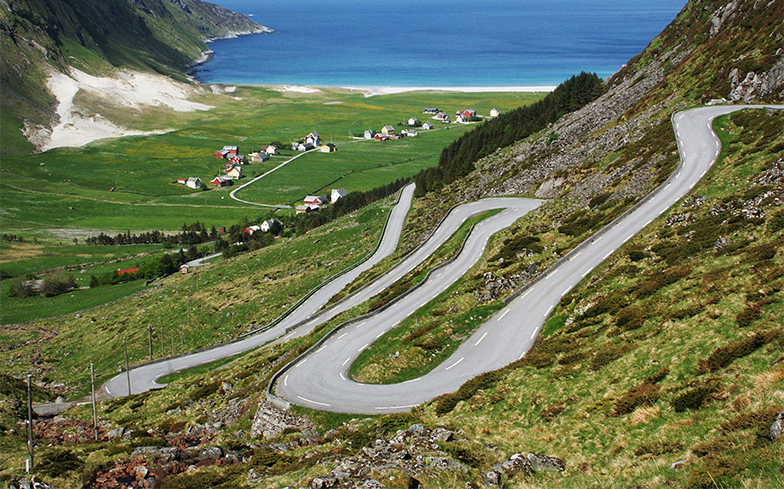 Bring on the summer!

While you might have spent your winter enjoying cost hygge-inspired evenings in front of the fireplace, the summer solstice is just around the corner on 21 June, so it’s time to embrace the latest Scandi trend.

Ingrained in Norway’s culture is ‘friluftsliv’, an ancient philosophy which focuses on our relationship with nature, and the belief that embracing the great outdoors leads to positive and uplifiting effects for the mind, body and soul.

Here, Celebrity Cruises share their top 10 picks on where to embrace friluftsliv for yourself this summer.

Looking for one of Norway’s finest beaches? Borestranden could be the one for you. Stretching along a huge 3km of coastline, it’s the perfect place to go for a walk and enjoy the peaceful landscape, where a river flows into the sea via an estuary. For the more active among you, why not rent a bike and ride along the sea cycle route, or even take a surf lesson. Home to some of the most spectacular scenery in the world is Geiranger, situated at the head of the UNESCO World Heritage Site of Geirangerfjorden. It’s been named the best travel destination in Scandinavia by Lonely Planet, and it’s no surprise why: It boasts snow-covered mountain peaks, wild waterfalls and lush, green vegetation. Sitting at 1,500 metres high, Dalsnibba Mountain boasts Europe’s highest fjord view by road. Stand at the top and you can take in the breath-taking view of Geirangerfjorden, or if you’re feeling brave, try out the new viewing platform which gives you a clear view of the 500 metre drop.

Located between towering mountains on the westernmost part of mainland Norway is Hoddevik Beach, a sandy beach popular with surfers the world over thanks to the protection from strong winds that’s granted by the tall mountains – in fact, The Guardian named Hoddevik one of the top 10 locations in the world for surfers.

If national parks are your thing, you’ll want to visit Hardangervidda – it’s the largest in Norway, spanning 3.5 square kilometres, and is home to the southernmost stock of several arctic animals and plants, including its wild reindeer herds. You might not think that a destination named Troll’s Tongue would be on our must-visit list, but when you seethe photos you’ll definitely see why. Trolltunga, as it’s called in Norway, is a portion of rock that extends out of a mountain 700 metres above the Ringedalsvatnet lake. It’s the perfect place for hikers, and is open from mid-June to mid-September, taking around 10 hours to complete the hike. Sognefjord is known as The King of the Fjords for a reason – not only is it the longest fjord in Norway, it’s also the second longest in the world. Visitors come from all over the world to see its beauty, while adventure seekers can take kayaking trips or guided hiking tours. With a free fall of around 145 metres and a total fall of 182 metres, Vøringfossen waterfall is one of the most visited attractions in Norway. Witnessing the water drop to the valley of Måbødalen will take your breath away.

At nearly five kilometres in length, Orrestranda Beach is Norway’s longest sandy beach. With its light and fine sand, this beach is reminiscent of the sandy shores you’d find in the warmer climes of Spain or Portugal. While there are hundreds of waterfalls in Norway, Steinsdalsfossen is particularly special as the site has a footpath behind the fall, allowing you to view the water in all its beauty.

To plan your perfect trip to Norway click here.