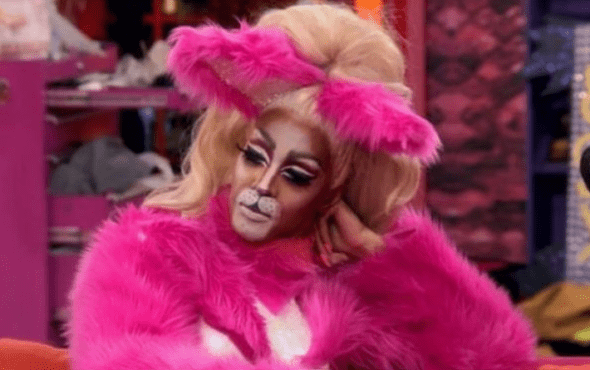 Trinity K. Bonet has criticised the “bitter” edit she was given during the latest episode of RuPaul’s Drag Race All Stars 6.

During last week’s episode, RuPaul revealed that the highly anticipated “game within a game” was in fact a “Lip Sync Smackdown”.

Although fans were living for the twist, Trinity did not appear to be as thrilled about one of the eliminated queens getting to compete for the crown once again.

In the episode, she was shown to be frustrated and did not seem to want any of her eliminated competitors back in the game.

Since the episode aired, Trinity has taken to Instagram to share the context behind what viewers saw and explained that she “was not mad the whole time” but that the edit made her “look bitter”.

“Now let’s be clear,” Trinity wrote. “Yes I was pissed at first! For one our day starts at 6am!!! We did not go bak into the work room after runway to watch that shit until almost 11 and then we had to sit tho the whole damn thing…. you have nooooooo clue who long and hard that day was!

“I can’t nor do I care to speak for any of my sisters at this point! The whole damn show I cheered them on as one should! I MADE THE TOP FOUR BY MYSELF! So I have all the right to feel some kind of way when your position is up for grabs! I never even expected to make it that damn far! You people are SO FAKE AND PHONY!!!

“One hand o she to friendly wit the girls and this not Bestfriend race… now yall Ahmad cause I wasn’t happy for a bitch coming back who got eliminated !!!!!!!!! And I was not mad the whole time!!!! I have been fine wit editing the whole season.. y’all wait now to make me look bitter a whole episode!!! Shame on y’all! But y’all know what it gives.”

Trinity’s post was met with overwhelming support from both queens and fans alike, who agreed that the long filming day was reason enough for her not wanting to sit and watch the lip syncs back-to-back.

Fellow All Stars 6 competitor Jiggly Caliente wrote: “You owe not one of these mthfckers an explanation for natural human response. I still love n support you sister. I giggled as fck tho cuz you was hot like fish grease.”

One fan said: “Also yall had just filmed for a whole ass day, so who could blame you for looking over it at any point.”

Another added: “Girl, we know editing doesn’t always show the truth. Love you and cheering for you!”

A third commented: “TKB, don’t matter how many lip syncs there are this week…you’re wearing that crown in the end.”