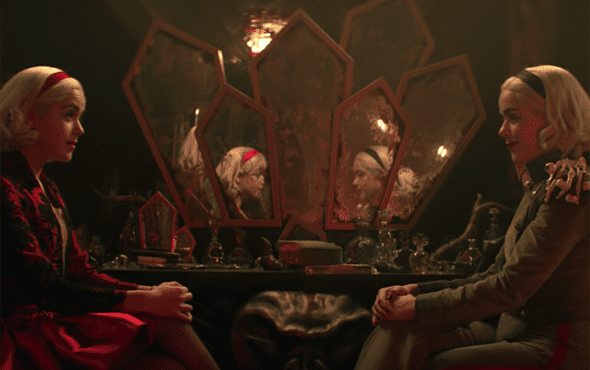 Dust off the old spell book and get ready!

Netflix has dropped the final trailer for Part 4 of The Chilling Adventures of Sabrina and introduces the series new villains, The Eldritch Terrors.

The trailer opens up with Sabrina and the gang celebrating her 17th birthday.

Just as Sabrina goes to blow out the candles the cake mysteriously disappears.

We are then treated to action-packed scenes that are full of magic and suspense.

The upcoming season will be the show’s last after being cancelled by the streaming service earlier this year, which was met with widespread backlash from fans and critics.

In an interview with The Wrap, Aguirre-Sacasa – who also created Riverdale – said each episode of the final part is “like its own mini horror movie”.

The first three parts of Chilling Adventures of Sabrina are available to stream now on Netflix – watch the brand new trailer below.