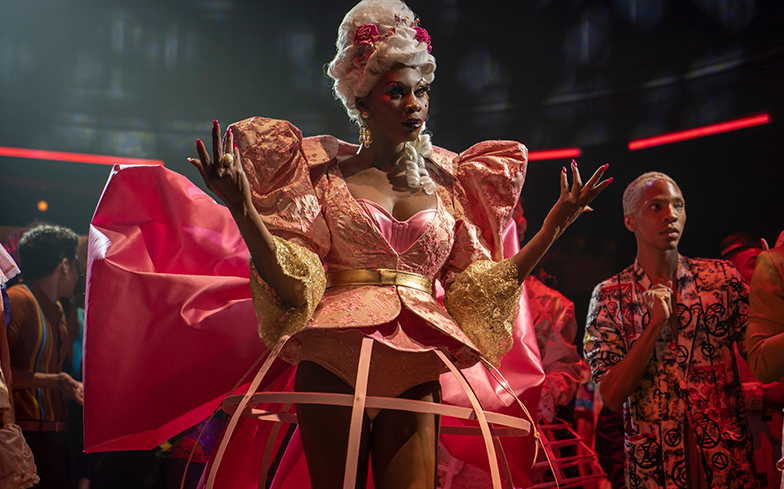 It’s the end of an era

FX announced the news Friday, that the critically acclaimed series will end with its upcoming third season.

Ryan Murphy released a lengthy statement expressing his gratitude for the show, stating: “Pose has been one of the creative highlights of my entire career.

“From the very beginning when Steven Canals and I sat down to hear his vision and ideas for the show, it has been a passion project. To go from the beginning of my career in the late 90s when it was nearly impossible an LGBTQ+ character on television to Pose,” he continued.

Season three will consist of seven episodes and will premiere 2 May 2021.

Co-creator Steven Canals also expressed his love for the series and described it as a “love letter to the underground NY ballroom community”.

“I, along with my incredible collaborators, never intended on changing the TV landscape. I simply wanted to tell an honest story about family, resilience, and love. How fortunate am I to have done that for three seasons.

“I’m filled with gratitude to our intrepid, writers, cast, crew and producers who worked tirelessly to make pose come to life, humbled by our loyal audience, thankful to the ballroom community who trusted us to tell their story, overwhelmed by the critics who warmly embraced us, and forever indebted to Ryan Murphy, FX, and 20th Television for changing my life., ” Canals said.

Pose has gone on to win a Peabody Award, GLAAD Award, and has secured multiple Emmy and Golden Globe nominations.

Soon after the news was announced, the stars of the show have also come out to showcase their love and gratitude.

MJ Rodriguez who plays fan favourite, Blanca Rodriguez took to Instagram, stating: “What a joy, it has been to be on a show like this. The ride was so worth it! The hard work all of us have put in, has paid off, and the relationships and connections that we have created are forever lasting!”

Dominique Jackson who plays the iconic Elektra Abundance also took to Instagram, to reminisce on her experience.

“It has been an absolute joy to be part of this historic, game-changing, trailblazing show! I have grown so much and is forever grateful for the acknowledgement and validation this amazing opportunity and experience has brought! Thank you to [Ryan Murphy and FX Networks],” she wrote.

“Saying goodbye to POSE is one of the hardest things I gotta do…,” Angel Bismark Curiel tweeted.

The third & final season airs Sunday May 2 on FX. We made it for y’all. #poseFX pic.twitter.com/5EB49F6zjl