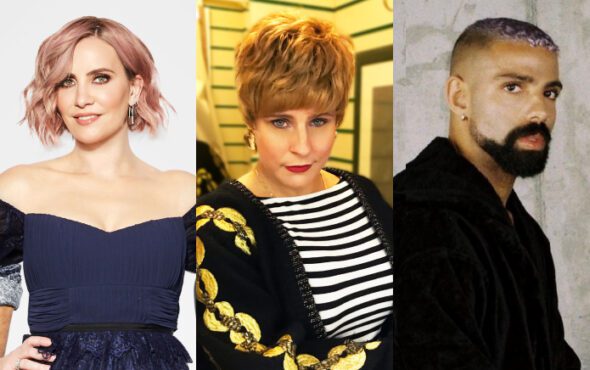 The BBC has announced some of the celebrities who will be making special guest appearances in the upcoming season of Drag Race UK.

Following the success of season two and last week’s cast announcement, excitement for the new edition of the show has been greater than ever.

Now, the BBC has given fans of the franchise another glimpse into its next instalment by ru-vealing some of the guests viewers can look forward to seeing.

Steps, one of the UK’s most beloved pop groups, will be sharing their extensive dance and music experience with this season’s contestants.

“RuPaul’s Drag Race and Steps is THE perfect marriage,” H said of the group’s appearance. “A total camp-combo! A celebration of Pop and Queer culture! But as mentors we took no prisoners! We worked the Queens hard.. and it paid off! It’s going to be an ICONIC episode! It was no DRAG-edy!”

Charity Shop Sue, a comedian and self-proclaimed “very successful manager”, will be taking some annual leave from her Nottingham store to bring her retail expertise to the show – an experience which she described as “magical”.

Sue said that meeting the upcoming season’s queens felt like being “given the golden ticket” and that everyone was “lovely,” so there was thankfully no need to use her disciplinary skills on any of the cast or judges.

You thought we were done? Oh no hun, here’s even more #DragRaceUK extra special guests for Series 3! 🎉 pic.twitter.com/E03uSH1Hwh

Also making a cameo on the new season will be award-winning choreographer Jay Revell, who will once again be returning to mentor the queens.

“I think RuPaul’s Drag Race is so important to the culture, it’s amazing to be a part of something which you can see really builds people up and allows them to express their full selves,” Jay said. “Also the laughs and epic personalities, never a dull moment!”

Earlier this week, it was confirmed that Kathy Burke, Matt Lucas and Oti Mabuse will be the season’s first three guest judges.

Kathy revealed that her drag name would be Pam Demic and explained that she was elated to make an appearance on the show because of how “important” it is.