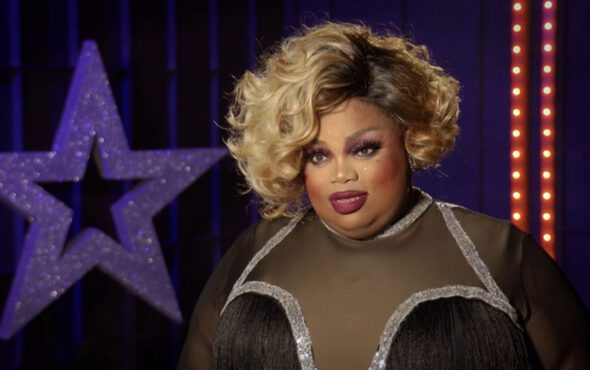 After winning six lip-syncs in a row, Silky Nutmeg Ganache has broken her silence on not making it back into the competition.

Following Silky’s iconic streak of lip-sync wins, the only thing that stood between her and a place in the final five was one last battle against Eureka.

RuPaul left fans waiting all week to learn which queen was told to “sashay away” once and for all and which would compete against those remaining for a place in the final four.

At the start of the episode, Eureka was declared the winner of the lip-sync smackdown – ending Silky’s time on All Stars 6 for good, something that even RuPaul called “legendary”.

The Drag Race star has since taken to social media to share her thoughts on how her run on All Stars 6 ended.

“Spoiler Alert!!!!! @TasiasWord says, ‘Sometimes you have to lose to win again!’ What I’ve gained this #allstars6 season has truly been life-changing,” Silky said on Twitter shortly after the episode aired. “The new love that I’ve received. To do this experience with a therapist. To learn to block out negativity.”

“I left with all the things I brought into @RuPaulsDragRace,” Silky wrote on Twitter the following day (27 August). “Humility, Grace, Dignity, Character, and Entertainment! I left knowing that it wouldn’t be the end for me #AllStars6.”

In a follow-up two days later, Silky thanked fans for the support she has received over the last two episodes she appeared in.

She said: “I’ve been so blessed these last 2 weeks. As they say in church, ‘If I had a thousand tongues, I couldn’t say thank you enough!’ #AllStar6.”

Prior to her loss to Eureka, Silky triumphed over Jiggly Caliente, Yara Sofia, Scarlet Envy, Pandora Boxx and Jan.

Dr. Reverend LEGEND Silky Nutmeg Ganache has a nice ring to it 💅 We bow down to you, @SilkyGanache 👑 #AllStars6 #RuOClock pic.twitter.com/V0Eqt2PgqQ

Due to A’Keria C. Davenport dropping out, Silky was given a free pass to the next round – but not before delivering one of the show’s most iconic lip-syncs to Aqua’s 90s hit Barbie Girl in half-male, half-female drag.

In the latest episode of All Stars 6, Trinity K. Bonet was told to “sashay away” when the group unanimously voted to eliminate her – making the top four All Stars of the season Kylie Sonique Love, Ginger Minj, Ra’Jah O’Hara and Eureka.

Who will be crowned the winner of All Stars 6? Stream the grand finale on Netflix next Thursday to find out.

Spoiler Alert!!!!! @TasiasWord says, “Sometimes you have to lose to win again!” What I’ve gained this #allstars6 season has truly been life changing. The new love that I’ve received. To do this experience with a therapist. To learn to block out negativity.