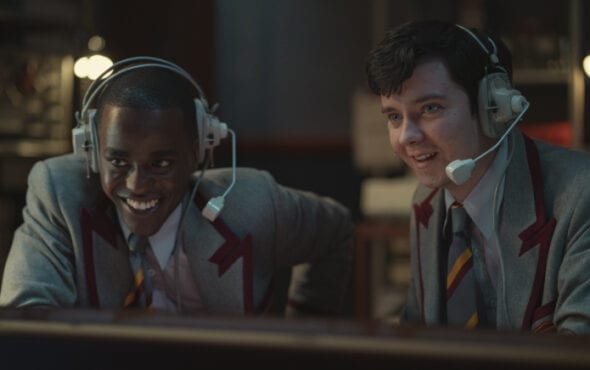 The cast of Netflix’s Sex Education are gearing up for their return to Moordale Secondary in a new teaser trailer.

In the sneak peek, we are treated to the beloved characters starring in an “official advert” promoting the school.

The next scene introduces Jackson (Kedar Williams-Stirling) and the new headmistress, Hope (Jemima Kirke), who is the replacement for headmaster Groff (Alistair Petrie).

“I’m the new mistress for Moordale taking over for Mr. Groff to get the school back on track,” she says.

The rest of the advert is filled with the characters giving numerous reasons as to why Moordale is the school to attend. The video ends with a hilarious shot of headmaster Groff hiding in a bush, presumably spying on Hope and her new school rules and regulations.

Check out the new teaser trailer below and here.