Russell T Davies says he put off writing It’s a Sin for 30 years: “Doing it justice was an enormous weight to bear” 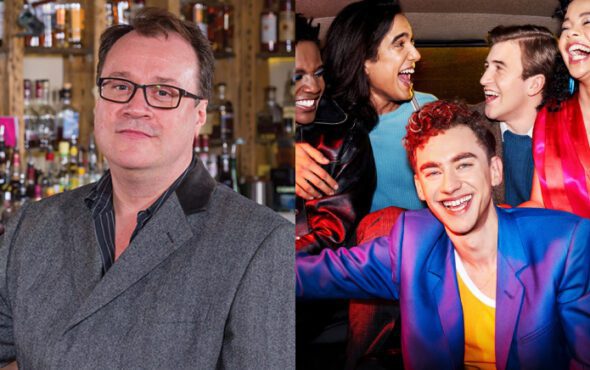 Russell T Davies has revealed that he put off writing It’s a Sin for 30 years because he feared getting it “wrong” and letting people down.

It’s A Sin, which follows a group of friends in 1980s London who grow up in the shadow of the HIV/AIDS epidemic, received acclaim for its powerful storytelling, incredible cast and bringing LGBTQ+ history to a mainstream audience.

However, in an interview with the Guardian in celebration of it being voted the newspaper’s best TV show of the year, Davies revealed that his now beloved show took three decades to write.

“Imagine if I’d got this wrong, if it had been rubbish,” he told the outlet. “Imagine if I’d let down all those people for whom this is a life-defining thing. We all lived with their deaths for so long, and doing it justice was an enormous weight to bear. It took me a lot longer to write the first episode than anything else I’ve ever written. I normally write it in about a month. This took about six months.”

Davies explained that during his teens, he was involved with a West Glamorgan youth theatre which “was the campest place in the world. Nearly all the older boys went on to become drag queens.”

When the HIV/AIDS crisis was reaching its peak, he was studying English in Oxford which he felt sheltered him from the situation in some ways – which tragically was not the case for his friends.

“They walked into a slaughterhouse. It was extraordinary – so sad, fucking hell. All those boys would be with us now. What great men they would be.”

Despite not being “at the heart of the hurricane,” he went on to add that he “did lose lovely people” to the epidemic.

“I lost the very first person I slept with, whose name I still can’t say because his parents don’t see his death as an AIDS death,” he said.

Creating and writing It’s a Sin has helped Davies come to terms with how rare it is for he and his friends to discuss what they lived through.

“Somehow we believed or echoed that straight reaction that dying from AIDS was shameful,” he explained.

Davies continued: “A friend phoned me up in tears and said in the late 80s, he’d taken a friend who was dying into his flat to live in the spare room. His family ended up being there, too, as he died. And my friend said: ‘I forgot it happened.’ He didn’t literally forget, but it was part of his past that was so horrible it just got parcelled up and put away in his memory.”

It’s a Sin, which coincided with HIV Testing Week, proved to have a remarkable impact on viewers, with Terrence Higgins Trust announcing that 8,200 HIV tests were ordered in one day – smashing their previous daily record of 2,800.

According to All4, the series has amassed nearly 19 million views since its debut, becoming the streaming service’s biggest ever instant box set, as well as their most binged to date.

Ian Katz, Chief Content Officer at Channel 4, said: “It’s thrilling that It’s A Sin has touched so many people in such a powerful way. It’s a wonderful example of how great television can emotionally engage millions of people and leave a real legacy of positive change – just what Channel 4 is there for.”

All five episodes of It’s A Sin are now available to stream on All4 – watch the trailer here or below.