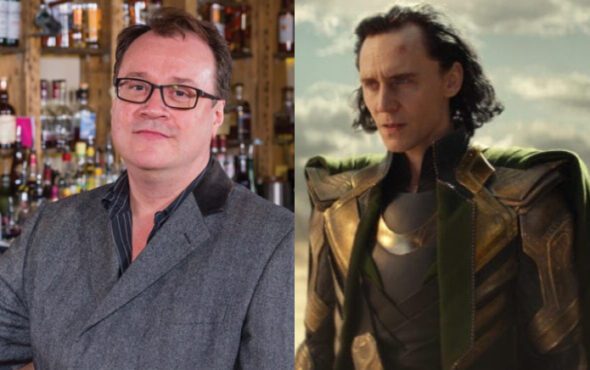 Russell T. Davies has called out Disney and Marvel for the lack of LGBTQ+ representation in the new Loki series.

During an appearance on the virtual Pride Month panel at Swansea University, Davies opened up about LGBTQ+ representation in media.

While admitting there have been more queer stories in television, he did state that big streaming services like Disney+ and Netflix have more work to do.

“Nonetheless, I think huge, cleaning warning bells are ringing as the giants rise up with Netflix and Disney Plus especially,” Davies explained.

He then pinpointed the popular Marvel series Loki and the character’s infamous coming out scene.

“I think that’s a very great worry. Loki makes one reference to being bisexual once, and everyone’s like, ‘Oh my god, it’s like a pansexual show,'” he said.

“It’s like one word. He said the word ‘prince’, and we’re meant to go, ‘Thank you, Disney! Aren’t you marvellous?’ It’s a ridiculous, craven, feeble gesture towards the vital politics and the stories that should be told.”

In the third episode of Loki, the title character opens up about his past relationships with Loki variant Sylvie and admits he’s been romantically involved with both ‘princesses and princes’ – reflecting the character’s fluid sexuality from the comics.

Although Davies has expressed hesitation towards the coming out scene, many have praised the tiny moment as a breath of fresh air.

Speaking with Entertainment Weekly, the director of Loki, Kate Herron, said the moment was “very important to everyone” and it was “beautiful” for her to be involved with due to her own bisexuality.

The entire first season is now available to stream on Disney Plus.