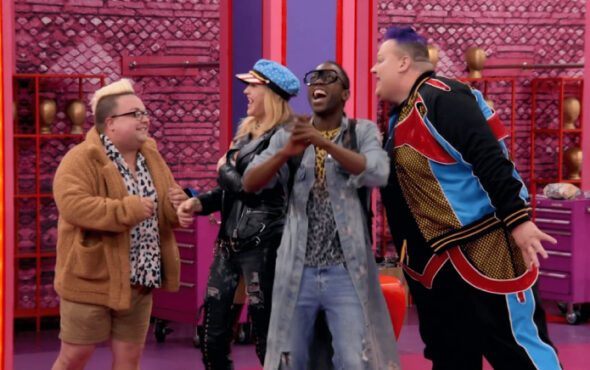 RuPaul’s Drag Race All Stars just inducted its seventh queen to the Hall of Fame, with the winner making herstory for the show.

After a season of lip-sync assassinations, iconic outfits and way too many acting challenges, RuPaul has finally crowned a winner.

Last week’s episode saw Eureka win her way back into the competition after she defeated Silky Nutmeg Ganache following the latter’s legendary streak of lip-sync wins.

Eureka blazed her way to the top, winning the maxi-challenge and breaking the curse of the queens who win reentry to the competition only to be sent home immediately after.

The finale saw the top four write, sing and perform a verse of RuPaul and Tanya Tucker’s new song, This is Our Country.

Perhaps that was the moment that made RuPaul’s decision, as Kylie was then declared the winner of All Stars 6 and the recipient of $111,000 ($100,000 for winning, $10,000 for her lip-sync victory against Manila Luzon and $1,000 for being named the most in the superlatives mini-challenge).

Kylie makes herstory as the first transgender winner across all 13 seasons of Drag Race US and all six of All Stars.

Kylie’s victory also makes her the All Stars winner who did the worst in their original season, where she placed ninth.

Prior to Kylie’s win, she had won one maxi-challenge and two mini-challenges, with Eureka also having one main challenge victory and Ra’Jah and Ginger each having two.

RuPaul did not reveal the placements of the remaining queens, making them all the runners up.

Alongside her cash prize, Kylie takes home a crown and scepter from Fierce Drag Jewels, a year’s supply of Anastasia Beverly Hills Cosmetics and a place in the All Stars Hall of Fame.