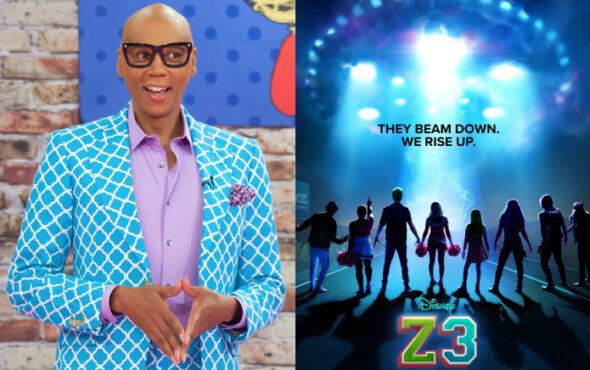 Drag icon RuPaul has joined the cast of the forthcoming Disney project Zombies 3.

If you grew up watching the popular kids/tween network, then chances are you’ve heard of a Disney Channel Original Movie (DCOM).

Since the late 1990s, the network has introduced viewers to an array of worlds, characters and stories that have helped shape the pop culture landscape.

From High School Musical and The Cheetah Girls to Camp Rock and Descendants, the network has delivered a bevvy of iconic films.

In 2018, Disney Channel added another hit film to their catalogue with Zombies staring Milo Manheim and Meg Donnelly.

Based on the YA novel Zombies & Cheerleaders, the film explored the complicated relationship between popular cheerleader Addison and zombie Zed amidst the backdrop of Seabrook High.

The story also touched on the theme of acceptance due to the unfair divide between humans and the zombies.

Because of the film’s success, the network greenlit a sequel that followed Addison and Zed and their rivalry with the town’s werewolves.

In March 2021, Disney announced plans to continue the musical franchise with a third film that’s set to focus on aliens.

However this time around, the cast will be joined by legendary Drag Race host RuPaul.

According to a report from Entertainment Weekly, the Catwalk singer will be voicing The Mothership – which is described as a “comedically passive-aggressive UFO” who encourages the aliens to invade Seabrook.

Alongside the inclusion of Mama Ru, other cast members include Ariel Martin as Wynter, Trevor Tordjman as Bucky, Kyra Tantao as A-li, Chandler Kinney as Willa, Pearce Joza as Wyatt, Carla Jeffery as Bree, Kylee Russell as Eliza Terry Hu as A-spen, Matt Cornett as A-lan, James Godfrey as Bonzo, and Kingston Foster as Zoey.

Zombies 3 is set to drop on Disney+ on 15 July – with an extended cut dropping on Disney Channel on 12 August.

The network release will feature bonus footage and a “lost song” not featured in the Disney+ version.

Here’s to hoping Mama Ru will get a solo or two in the upcoming film.

Check out the teaser for Zombies 3 below.