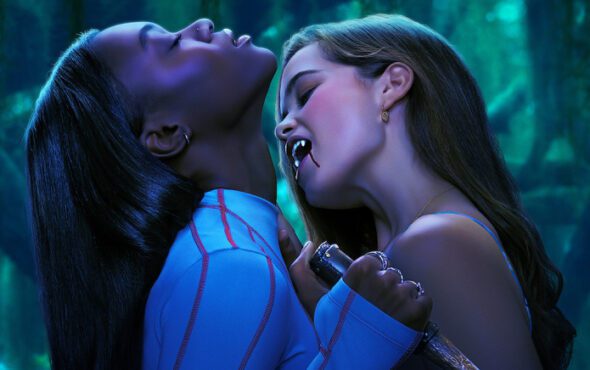 Netflix’s LGBTQ+ teen vampire series First Kill has been cancelled by the streaming giant after just one season.

The story follows Juliette (Sarah Catherine Hook), a teenage vampire who has to make her first kill in order to join her powerful family.

She swiftly sets her sights on Calliope (Imani Lewis), who just so happens to be the descendant of a long line of vampire hunters.

“Both find that the other won’t be so easy to kill and, unfortunately, way too easy to fall for,” the series synopsis states.

However, despite the show’s dedicated following, it will not be returning for a second season.

Dominic Goodman, who plays Apollo in the series, quickly responded to the news: “To all the First Kill fans; I have nothing but love for every single one of you! Thank you all for taking the show in as your own, seeing you all feel seen made all the hard work and hours worth it til the next project.”

Here’s how fans reacted to the news:

I don't care if straights thought first kill was too campy/cheesy or had bad cgi, YOU HAVE 100 VERSIONS OF THAT, WE ARE ALLOWED TO WANT A GAY VERSION TOO!! NOT EVERY SHOW HAS TO BE A POETIC CINEMATIC MASTERPIECE

the worst part about first kill being cancelled is that they ended the season with calliette being broken up, I’M LIVID. pic.twitter.com/xNUzXWAOwk

maybe first kill wasn’t perfect ( remember their low budget ) BUT the two main characters were lesbians and one of them was black + their queerness was completely normalised and coming out wasn’t the plot. this show was so important!! #savefirstkill

netflix is weird as hell for cancelling first kill. a successful wlw show with a black female lead being cancelled after outperforming SEVERAL netflix originals?… what

First Kill, a show that didn't come from any prior media nor having any major names attached to it, getting cancelled as if it didn't dominate Netflix's Top 10 within it's first month of release is upsetting. pic.twitter.com/tu05TnuNGv

there was literally no reason to cancel first kill. it had more than 30 million views in its first week and more than 40 million it’s second, it was trending on twitter for weeks before and after it’s release and it was in the top 10 shows in over 80 countries for several weeks

this is crazy… wdym first kill got cancelled ??? pic.twitter.com/1Ks1GxL39u

First Kill stayed side by side with Strangers Things. If that’s not power… https://t.co/E3tDUH0pNz

it doesn’t even matter if you think first kill was ‘good’ or not like it objectively makes no sense that it was canceled. it did crazy numbers. the quality of the content doesn’t matter.

Yep. What she said.

I’m rlly so devastated over first kill holy shit calliope and juliette r never going to get back together and ELINOR IS STUCK IN JAIL and what’s going to happen to theo??? And wtf oliver and his witch gf is up to??