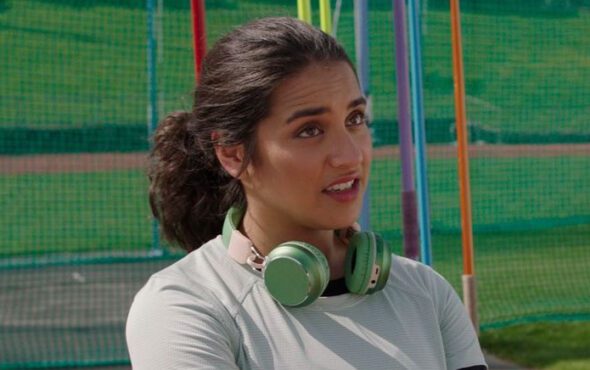 Power Rangers star Tessa Rao has opened up about her groundbreaking LGBTQ+ role in a new interview.

During a conversation with ComicBook.com, Rao praised her character and her “powerful” story.

“It means so much. It’s definitely this representation. This story is what made me, and continues to make me want to do this job,” she said.

“One of the most powerful things that we can do as performers is tell the stories of people that haven’t been told either at all or correctly or enough.

“I don’t think that it’s the only part of Izzy that’s important, I think it’s just part of her identity. But I also can totally respect and appreciate how big of a moment this is, and I’m really proud. I just feel so proud to be a part of it.”

Later on in the interview, Rao also discussed the moment she realised the “weight” of playing Izzy in the franchise.

“I didn’t realise either that it was the first [queer Power Ranger] in the TV history,” she explained. “So, I assumed it was probably quite a big deal, but I think for me that actually, the scarier part was having to cut my hair…

“It wasn’t like, ‘Oh my goodness, I’m going to have to play this character,’ but then once it started happening, and I started really realising the weight of it, I was like, ‘Oh wow, this is such an honour. I’m so lucky to get to have this opportunity.'”

Even though Izzy Garcia is the first openly queer Power Ranger in the longstanding TV series, she is not the first in the overarching franchise.

In the 2017 Power Rangers film, Trini Kwan (Becky G) is shown struggling to come to terms with her sexuality.

“For Trini, really she’s questioning a lot about who she is,” scene director Dean Israelite said at the time.

“She hasn’t fully figured it out yet. I think what’s great about that scene and what that scene propels for the rest of the movie is, ‘That’s OK.’

“The movie is saying, ‘That’s OK,’ and all of the kids have to own who they are and find their tribe.”

The popular brand is also looking to continue its celebration of LGBTQ+ characters in a brand new film release.

Back in December 2020, Paramount announced that it would be rebooting the film series and might not only have a gay ranger, but could also feature a transgender ranger.

Details surrounding the series is unknown but it’s rumoured that it will return to its campy roots versus the gritty version seen in the 2017 version.