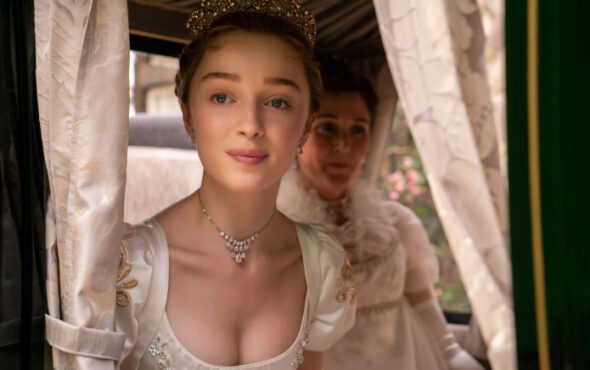 Bridgerton’s breakout star Phoebe Dynevor is set to executive produce and star in a new queer TV show at Amazon.

According to a report from Deadline, the upcoming series will be an adaptation of Naoise Dolan’s LGBTQ+ novel, Exciting Times.

Black Bear Pictures reportedly optioned the rights to the book before it was released in June 2020.

The novel follows Ava, an Irish teacher who travels abroad to teach English to wealthy children. Alongside her new job, she begins a love triangle with a lawyer Edith and a banker named Julian.

Dynevor is currently in talks to play Ava alongside her executive producing role.

Shortly after the news broke, Dolan took to Instagram and expressed her excitement with the caption: “Some news!”

Dolan is also set to step into the director’s chair for the series with Cooper Raiff tapped to co-write.

It’s looking to be a busy time for Dynevor, who currently has three upcoming projects under her belt including the renewed second season of Bridgerton.

The historical drama became an unprecedented success for the streaming service at the tail end of last year, garnering over 60 million viewers in its first month of release.

The series also received widespread acclaim from critics with particular praise towards the show’s diversity, especially due to the notorious lack of POC representation in the period genre, and the performances of the main cast.

Based on Julia Quinn’s best-selling novels, Bridgerton’s first season follows the privileged and respected family of the same name in Regency-era London as their eldest daughter, Daphne (Dynevor), attempts to find a suitor.

Daphne’s world is thrown into chaos when the anonymously-written gossip columnist, Lady Whistledown (voiced by Julie Andrews), threatens to reveal the dark secrets of everyone in the “sexy, lavish and competitive world of Regency London high society.”