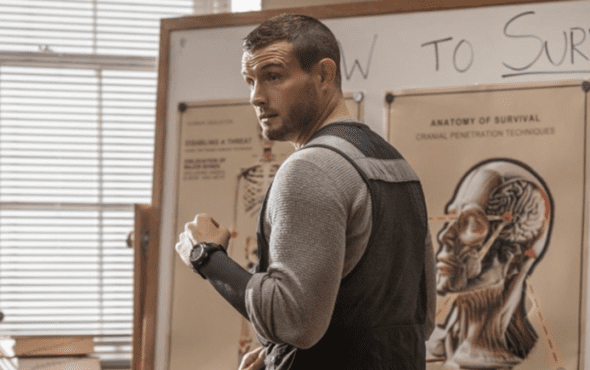 “I want to be an action star for the rest of my life,” Nico Tortorella says when speaking about their role in the brand new series, World Beyond.

Finally, the series has been revealed! Nico Tortorella, previously seen in Scream 4, Younger and – more recently – RuPaul’s Secret Celebrity Drag Race, will be starring in The Walking Dead spin-off: World Beyond.

The openly gender non-conforming star, with works such as Exploration of Love, Sex and Fluidity, displays their action side (playing a lead character called Felix) in the new series.

Tortorella’s character from The Walking Dead’s third spin-off show has been described as “an honourable man of his word who isn’t afraid to fight for others’ safety and acceptance.”

This will be a limited series, which will air for just two seasons.

World Beyond – which was expected to air in spring 2020 but has been delayed due to… well, you know – has been given the official release date of 4 October 2020 (“like for real this time,”)  and will be following the lives of the first generation raised in the universe.

During Tortorella’s interview with TVInsider, they said, ‘I want to be an action star for the rest of my life,” as although this role was physically demanding, they seemed to have an exciting time on set. It’s refreshing to see non-gender conforming people obtaining such big industry roles and we at GAY TIMES cannot wait for the series.

World Beyond is directed by Jordan Vogt-Roberts (Kong: Skull Island) and will air on AMC – watch the first trailer below.